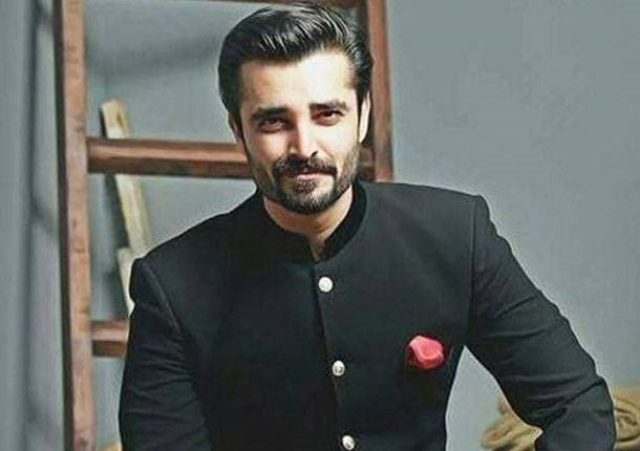 Hamza Ali Abbasi, an actor turned social media activist, made an intriguing revelation in his latest interview to GVS publication about his fondness for the item numbers in the movies when in fact he himself raised objections on the immodest projection of women in the movies.

“At one point in time, I used to love item numbers. I used to promote them. In fact, there was a time when I was making a small independent film, where I wanted to perform an item number myself”, said Hamza.

In the recent past, Hamza Ali Abbasi has taken a stand against the inappropriate projection of women in the movies. He has expressed his resentment over the exploitation of women’s femininity on the big screen. Being a protagonist of equal rights for women, he believes like men, women deserve to be appreciated for their acting skills instead of their body shape.

“That’s why we need to think outside the box that we have created; either you are Khadim Hussain Rizvi or you are a liberal extremist.

” Then I realized that item numbers are a huge slander to women. When I talk about equality, I am an actor and I’m judged on my acting skills, but why is a woman only used for the contours of her body,” added Hamza.

He said the ‘item numbers’ are not the evolution of art but it’s rather a regressive mindset that capitalizes on the women’s feminine appeal to sell the content.

“I think it’s the lowest form of entertainment, even calling it an art is not right. What do you achieve with it? You make a woman sing and dance in a seductive way. What do you get with it? That isn’t art or creativity. This has always been happening, in the Greeks, Romans and Mughals times, throughout the world.”

“I think it’s a very instinctive low form of entertainment, which causes us harm. I understand that women should have the biggest issue with this, they want to be cast on the basis of their acting skills and talent. What justification do we give for showing an item number?  This is bad”, he further added.

He quoted the examples of Iranian film industry and several popular movies like Piku, Bajrangi Bhaijaan, PK, 3 idiots’ from Bollywood where the culture of item numbers is rampant. He said these movies did not draw support from an ‘item number’ for success.

“Films can perform well without item numbers. Was there an item number in PK? Was there one in Piku? In Bajrangi? Was there one in 3 Idiots? No. So, merely to show ourselves as being able to take our clothes off, I don’t think that’s a step forward, in fact, it is a step backwards in the evolution of culture and art.”

Being a protagonist of equal rights for women, he believes like men, women deserve to be appreciated for their acting skills instead of their body shape.

Hamza Ali Abbasi favouring moderation said that Pakistan must get rid of its two cancers- liberal extremist and religious extremists that are playing havoc with the social fabric of the society.

“Yeah, I say that Pakistan has two diseases. If we get rid of these, we will remain very happy. The first one consists of religious extremists and the other is liberal-extremism. Both of these are cancerous for Pakistan’s culture and also, for its social fabric. Why do you have to choose an extreme? Either you perform item numbers and get naked or you just stop making films altogether? There’s a middle ground too. For example, how many Maulvis do you find in Iran? They are present in the government itself but, don’t they shoot films there? Their movies bag Academy awards, which we can’t even fathom, ” he said.

He said the entertainers in the industry must find the ‘middle ground’ in the content of their movies as well.”That’s why we need to think outside the box that we have created; either you are Khadim Hussain Rizvi or you are a liberal extremist. We should step out of these boxes and see what comes to us naturally. This is what religion tells you to be – natural. You can use different forms of art for either the wrong values or the right values”, he said in conclusion.