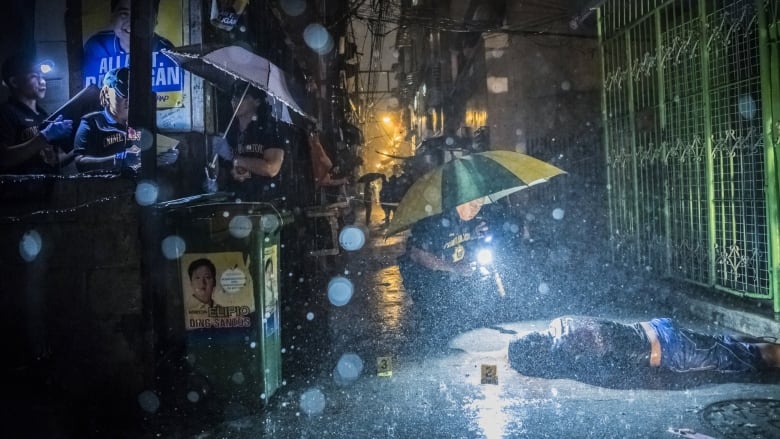 YOU HEAR A MURDER SCENE before you see it: The desperate cries of a new widow. The piercing sirens of approaching police cars. The thud, thud, thud of the rain drumming on the pavement of a Manila alleyway — and on the back of Romeo Torres Fontanilla. Tigas, as Mr. Fontanilla was known, was lying facedown in the street when I pulled up after 1 a.m. He was 37. Gunned down, witnesses said, by two unknown men on a motorbike. The downpour had washed his blood into the gutter. The rain-soaked alley in the Pasay district of Manila was my 17th crime scene, on my 11th day in the Philippines capital. I had come to document the bloody and chaotic campaign against drugs that President Rodrigo Duterte began when he took office on June 30: since then, about 2,000 people had been slain at the hands of the police alone.

Rao Anwar to face the judiciary for fake encounters but what about Police black hats in Punjab?