Threats to regional peace: The implications of a disrupted Afghanistan 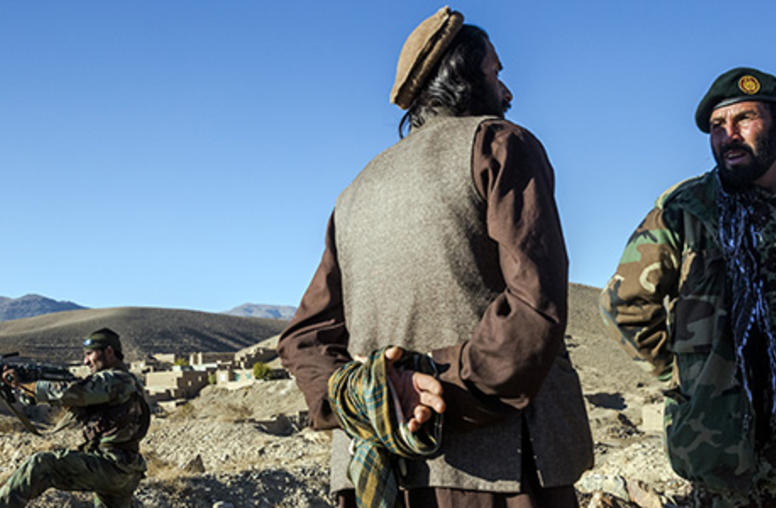 The wave of fresh blasts in Kabul and Herat that have killed more than 350 innocents is a threat not only to Kabul government but also to regional peace. The global and regional proxies are unwisely trying to secure their strategic and geopolitical interests in Kabul. The Taliban and Khurasan chapter of ISIS are warmly backed by power giants to counters each other. Russia, China, Iran, Pakistan, and Turkey are backing the Taliban to stabilize their interests and influence in Kabul. The U.S, NATO, India, Saudi Arabia, and GCC are supporting ISIS to sabotage the interests of their hostile states in Afghanistan.

The U.S is dangerously increasing its vibrant attitude in Afghanistan to counter Russia and China. The recent meeting of regional states in Russia to discuss the future of peaceful Afghanistan and Russia’s strengthening relations with the Taliban is a headache for the U.S. Pakistan’s normalizing relation with Russia is another threat to the U.S presence in Afghanistan.

Rising tensions between President Ghani and Hamid Karzai (who is backing the Taliban) is another problem for the U.S presence. Political economist President Ghani is backed by the U.S and India to play a double game in the region. Blame game policy of President Ghani is adding fuel to fire of instabilities in Afghanistan.

It seems that the new great game has already taken place in Afghanistan to control the Indian Ocean Region and geopolitical activities of South-Central Asia.

To counter the changing scenarios in Afghanistan, the U.S has become more vibrant in the last few months. The MOAB (the mother of all bombs) strike in Nangarhar and drone attack on German Oil container in diplomatic zone in Kabul represent that the U.S wants to extend its presence to control geostrategic and geopolitical activities of the region. The rise of China in the region and Russo-German normalizing ties are serious challenges to American hegemony in South-Central Asia and Eurasia.

The blasts in Kabul and Herat represent intense controversies among world powers over South-Central Asian politics. The U.S is already challenged by Russia-China block in the region. China’s changing behavior and economic hegemony in the region and Russia’s resurgence are threats to the U.S and her allies. Apparently, it seems that the new great game has already taken place in Afghanistan to control the Indian Ocean Region and geopolitical activities of South-Central Asia.

Iran, India, and Pakistan have already chosen their desperate positions to secure their interests in Afghanistan. Iran is willing to join the Russian block backed by China and Pakistan. The normalizing ties between Iran and Pakistan that have pushed Saudi Arabia and GCC world towards India show that Pakistan and Iran will play a key role in Afghanistan. But, the current strategic nexus contending the interests of the U.S in Afghanistan to counter China and Russia is a threat to the peace of the region. The U.S will go to any extent to undermine China and Russia. In this situation, the neighboring states, especially Pakistan and Iran, will face a more serious situation of insecurity.

Russia and China will support Pakistan to project its interest and influence in Afghanistan. In this situation, Pakistan may face U.S’ new proxy-war leading to security and political instabilities.

All the global and regional players, attempting without success in Afghanistan, are pushing the region toward controversies, conflicts, and insecurity situation. Pakistan, along with Iran and Uzbekistan, is the front line player of the new great game in Afghanistan. Pakistan’s ability to project its political influence and power into Afghanistan can give a new turn to the situation. The American presence in Kabul, though, will never be liked by China and Russia which restrains Pakistan from playing its role.

So far, Pakistan is willing to play another game in Afghanistan backed Russia and China. China wants to complete OBOR (One Belt, One Road) project at any cost, which will ensure its chances of becoming a superpower of the world. In the same way, Russia wants her entry in the Indian Ocean Region with Pakistan’s support to subvert U.S interest. So, both states will support Pakistan to project its interest and influence in Afghanistan. In this situation, Pakistan may face U.S’ new proxy-war leading to security and political instabilities.

India and Pakistan are looking for highly contrasting goals in Afghanistan. India, with the help of the U.S and President Ghani, is undertaking very different activities and policies to undermine Pakistan. India is bolstering the government in Kabul to enhance economic and political capabilities of Afghanistan. This has not been done in a sense of altruism but to strengthen India’s position in Kabul and weaken Pakistan’s influence in Afghanistan. On the other hand, Pakistan is backing Afghan Taliban to counter Indian presence. Pakistan wants to seek weak Kabul government dominated by supportive Taliban to main ‘strategic depth’ against Indian possible invasion. Resultantly, this situation has brought Afghanistan to face insecurity, conflicts, and insurgencies in the region.

The regional states must sincerely play a role in restoring peace and security in Afghanistan. Otherwise, the wave of terrorist’s blasts will furiously catch the neighboring states in near future.

In a nutshell, Afghanistan’s strategic and political importance hits the peace of the region. Without peaceful Afghanistan, the idea of peace in South-Central Asia can never be realized. India’s active involvement, Pakistan’s role, American aristocratic presence, Iran’s proxies, Saudi’s Wahhabi policy, and China and Russia’s regional and global interests are, undoubtedly, pushing the region toward conflicts and insecurities. Afghanistan’s cauldron is a threat to peace. Disturbed Afghanistan will keep the region in a hot position.

The regional states, especially Pakistan and Iran, with the help of global powers, must sincerely play a role in restoring peace and security in Afghanistan. Otherwise, the wave of terrorist’s blasts will furiously catch the neighboring states in near future.

Previous articleIgnored and scathed on a global platform: What is the future of Pakistan’s foreign policy?
Next articleTurkish troops march for Qatar’s support: Escalation in the Gulf crisis?

News Desk - 24 July 2021
Khadija Siddiqui’s attacker Shah Hussain has been released from Jail just after 3 years of his imprisonment on basis of his ‘good behavior’. Mahira Khan and Usman Khalid Butt send their regards to Khadija.

24 July 2021
Previous articleIgnored and scathed on a global platform: What is the future of Pakistan’s foreign policy?
Next articleTurkish troops march for Qatar’s support: Escalation in the Gulf crisis?

Karzai accuses US for creating ISIS?