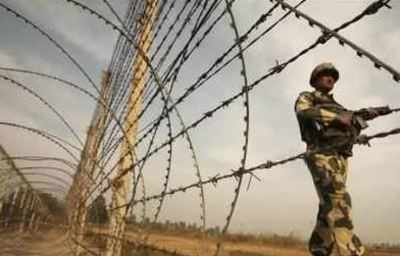 The General Officer Commander-in-Chief (GOC-C) of the Kashmir-based Northern Command, Lt Gen Devraj Anbu said that his forces will cross the Line of Control (LoC) and target its enemies whenever the need arises. He warned Pakistan that it needs to stop its infiltration attempts and those that are allegedly stoking violence in Indian-occupied Kashmir. “When we want to we will be able to breach it (LoC), go across and strike when we need,” said the three-star general in Udhampur days after his Chief said that the army should prepare for a two-front war with China and Pakistan.

Delhi must not misconstrue it as a prelude for Sino-Indo entente and a Sino-Pak divorce. An under pressure Pakistan will most likely retaliate swiftly

Though the situation on the LoC is normal as compared to a war-like state months ago, India continues to accuse Pakistan of infiltration which infuses the Kashmiri resistance movement. Pakistan has denied the allegations and has vowed to give a befitting response to ceasefire violations on the LoC.

Read more: BRICS declaration: China did exactly what was needed!

The Army Commander also alluded to the controversial and unverified surgical strikes which the army claimed to have done across the LoC, last September.  ‘It was a point we wanted to drive home across that LoC is not a line that cannot be breached,” he said while adding that it was a subtle message to Pakistan.

Ever since the martyrdom of the fiery Burhan Wani, the LoC has remained as much heat as the situation in the valley. Both militaries exchanged fires of various calibers, which made war with nuclear undercurrents a possibility. However, lately, the LoC and the Working Boundary have largely remained battle-free.

He stressed upon the need for strikes in the near future. He said: ”A large number of terrorist camps and launch pads exist across south and north of Pir Panjal, they have not decreased, so this kind of action is needed.”

Read more: The US encourages BRICS and wants Pakistan to change its approach.

India has whipped up pressure on Islamabad. Perhaps, this statement has got more to do with India’s delight over the BRICS declaration

Buoyed by Trump’s ratification of India’s stance vis-a-vis Pakistan and the latest Xiamen Declaration, India has whipped up pressure on Islamabad. Perhaps, this statement has got more to do with India’s delight over the BRICS declaration. They feel that China has thrown Pakistan’s narrative to smithereens, something which China denied in totality today. Both Beijing and Islamabad are further strengthening their ties not only because of CPEC but they are limbering up to confront Trump’s military-heavy policy in Afghanistan.

Regardless of Pakistan engagements in CT operations, the thrust of its deployment and firepower is on the eastern flank. Given that an even a tactical skirmish puts grave pressure on the escalation ladder, such statements are inflammatory. Perhaps, the BRICS statement has to be understood in regards timing and content. Delhi must not misconstrue it as a prelude for Sino-Indo entente and a Sino-Pak divorce. An underpressure Pakistan will most likely retaliate swiftly and ferociously to any such infringements, regardless of the consequences.

Previous articleWhy PMLN and PTI followers despise each other?
Next articleCorbyn criticizes Trump’s anti-Pakistan rants; a chance for Pakistan to lobby?

20 September 2021
Previous articleWhy PMLN and PTI followers despise each other?
Next articleCorbyn criticizes Trump’s anti-Pakistan rants; a chance for Pakistan to lobby?

The reason why Trump ignored Pakistan

Sharif family refuses to show up in Ahtasab court