Covid-19 has exposed the weaknesses of Democracy, and unveiled the strengths of Dictatorship. 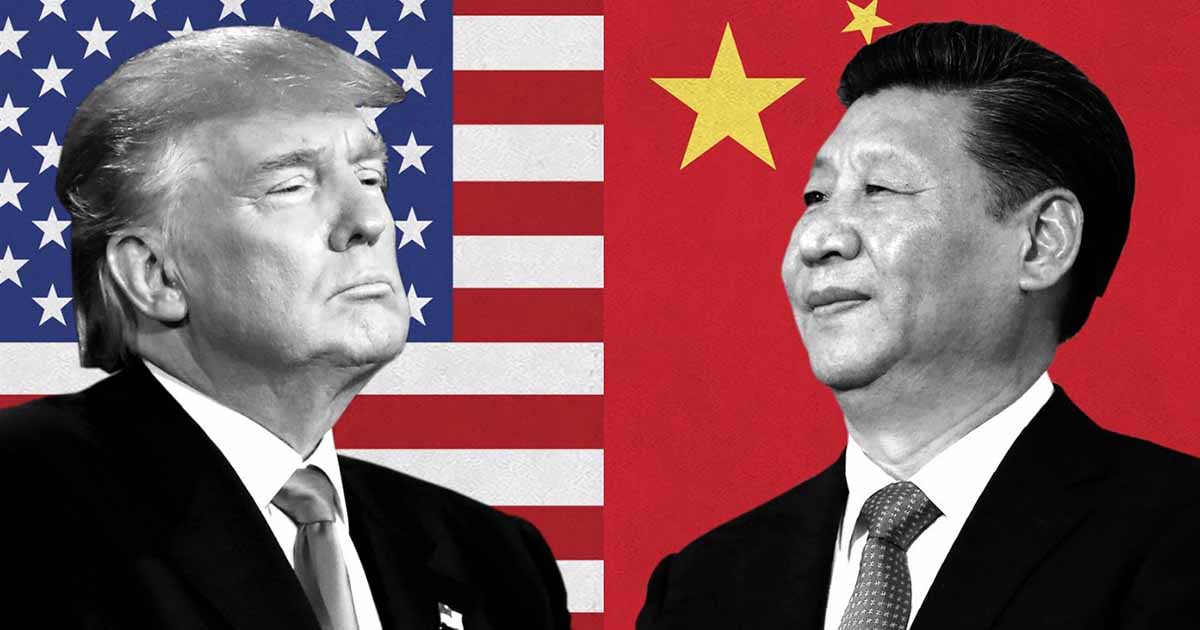 President Xi is welcoming while President Trump is adamant. President Putin is indifferent while Prime Minister Johnson is admitted in a hospital. The world is without any leadership to check the spread of the pandemic at large. No one knows how or when it would end.

At this stage, while the virologists and scientists try to decode the intricacies of Covid-19, the arena of political science is fast changing. A deduction has been made from the American and Chinese models of Covid-19 management: Making prompt decisions reverberate good and favorable results.

Chinese decision-making apparatus has proved to be more successful against Covid-19 in sheer contrast to the US model. Is Covid-19 here for the purpose of concluding the long-contested brawl between Democracy and Dictatorship, as to which one is the best model of statecraft? If that is the case, it is Xi, the Dictator, winning over Trump, the Democrat. If not permanently, the at least for the time being.

While observing the global responses against Covid-19, we can see that China’s swift response proved highly successful in containing the virus. For that reason alone, China should have led the world in fighting Covid-19. It’s heart wrenching to see that the US played by its political motives, in a time of great need for a united response.

China was slammed, slandered, scandalized and mocked when Wuhan was battling the coronavirus disease. US took it for another Chinese brand of political playoff and refuted a global lockdown and other such measures. They even labeled this pandemic as Chinese hatcheries to counterfeit the US global interests.

Read more:Democracy in Pakistan: Just an evil face of dictatorship

Labeling Covid-19 “the Chinese Virus” was the biggest blunder made by the Trump administration. As the head of the most powerful state, there were high expectations from Trump to spearhead this war. The pandemic wreaked havoc across Europe in just a few days’ time. It soon became uncontrollable when it overwhelmed the healthcare systems of the West.

The Italian and Spanish devastating experiences were mourned by humanity as being one of the most heartbreaking tragedies (barring World Wars) in the history of the world. Europe did not listen to China while following the directions set up by the US, and this is where wrong leadership decisions ended up taking so many innocent lives.

Europe is still paying the price as UK’s Prime Minister is shifted to the ICU of the hospital. The moral of common citizens is no-doubt shattered when the leadership they’re looking up to is itself struggling to cope up with the disease.

US rejects XI’s call for collaboration

President Xi’s call for collaboration in the fight against the pandemic was never entertained by Trump. Reason being, had the US responded to the Chinese call, its undisputed status as a superpower would’ve been compromised.

Joint efforts for pandemic management would have demanded trust and reliability from the two sides. As Washington has remained skeptical of Beijing, this was too much to ask for. Policymakers in US were of the opinion that China would ultimately strive to meet its political objectives. Hence, US kept away from China.

Read more: Will US be able to sustain its global dictatorship?

US had no plans to respond to the Chinese call for collective action. The Trump administration apart from announcing a socio-financial package to arrest anarchy from spreading across the country, didn’t do much.  Under Trump, the US is disoriented and disordered at this critical time. The refusal to the suggestion of easing out sanctions against Iran when its people are severely affected, proved once again that in Washington, perhaps, a fickle thin line exists between insanity and democracy.

The Russian policy of indifference amid the pandemic, is well understood. Their animosity towards US has been present since a long time. They have consistently remained engaged in diversifying their military arsenal. Putin must have known the potential consequences of collaborating with the US in this war.

In the World War 2, Truman never knew if the Little Man he was dropping over Japan would successfully detonate or fail to explode. But nevertheless, he took the decision. This time around, it seems President Xi has followed Truman’s example, and just at the right time. The result being, everyone except Trump is behind XI, and supporting his leadership.

The US missed the opportunity when Xi generously offered to collectively fight this pandemic, which is now responsible for taking several human lives around the world.

It now seems, Democracy as a means of running successful governments and States, has failed to provide a powerful leadership, when it was required the most. And amid such exceptional times where prompt decisions have to be taken, dictatorship has won.

Among the various long-term impacts of COVID-19, could it be the end of a long-fought ideological war between Democracy and Dictatorship as the best system of governance? Covid-19 has exposed the weaknesses of Democracy, and unveiled the strengths of Dictatorship.

Previous articleTermed as a security risk, TikTok donates $250 million to fight coronavirus
Next articleIMF says coronavirus crisis may surpass the Great Depression: Can Pakistan receive further aid from the fund?

Why Trump is Not Signing any Trade Deal with India