Today we should all have been “feminists” 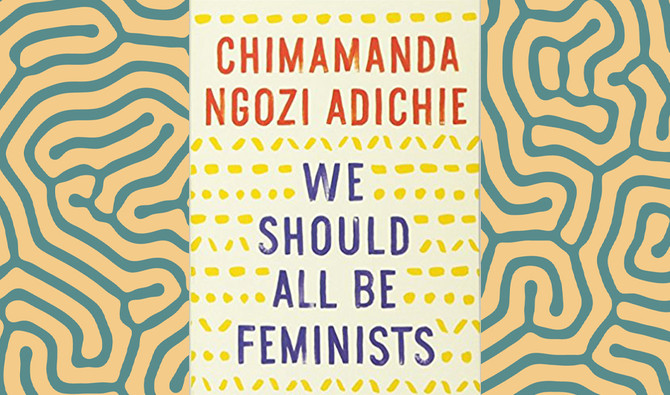 With women’s day awaiting to be celebrated on the 8th of March, various organizations had started spreading the message of women empowerment around the globe.

We Should All Be Feminists is a personal, eloquently-argued essay from Chimamanda Ngozi Adichie, award-winning author of Half of a Yellow Sun and Americanah.

Over the past few years, the world has witnessed a significant change in the way women are being treated at home and at workplaces. The women’s day is generally celebrated to honor the social, economic, cultural and political achievements of women all over the world.

Muniba Mazari, a feminist in nature and the UN women ambassador to Pakistan has been working for the equality of women in Pakistan from a while now. When appointed as the ambassador, she commented that:

“We need to educate both men and women if we want to eliminate gender based discrimination from the country and from the world, and for this we’ll have to work together as one,”.

Other well known actors and musicians from Pakistan including Ali Zafar, Ayesha Omer and Zhalay Sarhadi have shared their thoughts about the international women’s day in collaboration with UN women, Pakistan.

On the other side of the border, the fashion publicists at India have also decided that featuring “strong and independent” women on their magazine pages will help in battling the sexist attitudes of the people.

One such actress is Anushka sharma who has proven yet again that she is in fact a strong-headed feminist. She has accepted her vocality towards the issue of feminism in many of her interviews.

Read more: Why South Asian Women politicians have not empowered women in their societies?

We Should All Be Feminists is a personal, eloquently-argued essay from Chimamanda Ngozi Adichie, award-winning author of Half of a Yellow Sun and Americanah.

Vogue India has featured Anushka sharma on the cover page wearing a Tee shirt (Dior) that says “we should all be feminists”. The actress believes that equality should be practiced and women should not be looked down upon. “nobody should be discriminated against on the basis of anything”, she said in one of her interviews to the Hindustan times.

On clarifying the stance of what feminism really is, the actress commented:“Feminists are people who are fighting for equal rights for women, because we are at a disadvantageous position. And in that sense, I identify with being a feminist, because I am a liberal and free-thinking person”.

Maria Grazia Chiuri, the new female creative director at Dior has designed this Tee shirt. She explained that her inspiration was the book “We should all be feminists” which is written by Chimamanda Ngozi Adichie, a feminist writer.

Sonam Kapoor, another independent actress at Bollywood has graced the cover of “Femina” wearing a dress that defines the mind set of the people in India. It has been labelled with words like bhen ji, item and easy, dividing the way people perceive women and their dressing styles.

While the surge of women empowerment is felt in the South Asian regions, the infleuncers at the United States of America have not stayed quite.

Read more: The plague of violence against women is on rise in Afghanistan again

The feminist Tee shirt designed by Dior has also been worn by Rihanna and Natalie Portman who are two of the widely known names of Hollywood. Chiara Ferragni, an Italian businesswomen and a fashion influencer was also seen wearing the same outfit as Anushka Sharma.

Angelina Jolie, a special envoy to the UN has joined as a professor in practice at the London School of Economics. The course of her class is the impact of war on women and the classes have now been commenced.

However, Emma Watson, a Hollywood sensation has had the privilege of working for women as the goodwill ambassador at the United Nations. She launched a program “heforshe” back in 2014 and it is still under operation.

“We want to try and galvanize as many men and boys as possible to be advocates for gender equality. And we don’t just want to talk about it, but make sure it is tangible.” she said.

Similarly, another very well known Hollywood actress and a special envoy to the UN is Angelina Jolie. She has been working for the society from quite a while now and believes that she still has a long way to go.

Regarding women empowerment, she has already stated in one of her speeches that, “The empowerment of women should be the highest priority for the finest minds, in the best academic institutions.”

It is evident that where fighting for women is disregarded by many, there are others who believe that women are in fact the back bones of the society nevertheless.

Previous articleDead threats: Alia Bhatt’s life is in danger
Next articleRussian Meddling in US Election Could Be ‘Act of War, says NATO commander

24 July 2021
Previous articleDead threats: Alia Bhatt’s life is in danger
Next articleRussian Meddling in US Election Could Be ‘Act of War, says NATO commander

West Bengal Is The Bottleneck Of India’s “Act East” Strategy