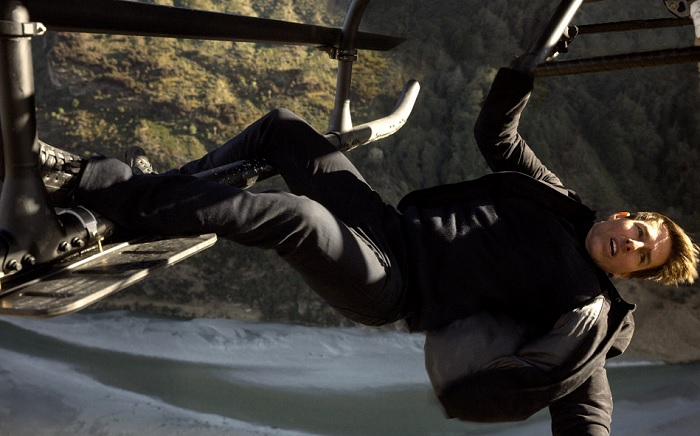 Tom Cruise wrapped up the shooting of his film ‘Mission Impossible Fallout’ in Abu Dhabi on Tuesday 27th March 2018. Tom Cruise later took to his Twitter account to wave a final goodbye to Abu Dhabi as he appreciated the support provided to his team by UAE government.

‘Mission Impossible-Fallout’ is the sixth installment of spy series and has become the fifth major Hollywood movie to take advantage of Abu Dhabi Film Commission rebate for filming in Abu Dhabi.

Written, directed and Produced by Christopher McQuarrie, the sixth installment has in its cast Rebecca Ferguson, Ving Rhames, Simon Pegg, Michelle Monaghan, Alec Baldwin, and Sean Harris, who all reprise their roles from previous films. The film is scheduled to release in June 2018.

Thank you to the amazing cast, crew and people of Abu Dhabi. That’s a wrap. #MissionImpossibleFallout pic.twitter.com/yKhcO9Cy61

“Through the combined efforts of Abu Dhabi Film Commission (ADFC) and twofour54, we have attracted yet another major Hollywood production to our Emirate thanks to the incredible incentives we are able to offer, such as incredible locations, talented media professionals, world-class facilities and the generous 30% rebate on production spend,” AlMheiri said.

“Paramount Pictures is one of the world’s most renowned studios and ‘twofour54’ has supported their team throughout the shoot, ensuring that the process has been seamless. “We expect to welcome many more to the capital for content creators in the future,” she added.

Abu Dhabi film Commission on their Instagram account confirmed Hollywood star was present in Abu Dhabi for the shoot of ‘Mission Impossible- Fallout’. They posted a picture of Tom Cruise standing in front of a UAE Airforce carrier.

Read more: ‘The Shape of Water’ and cinema’s love affair with monsters

The trailer of ‘Mission Impossible- Fallout’ has garnered massive attention on social media since its release last month. Tom Cruise risked his life while performing a brand new stunt for a two-minute scene in the movie. Tom Cruise had to jump 25,000 feet at 200 miles per hour from a helicopter within two minutes that required him 200 hours of prior training to become an actual helicopter pilot so as to not to cheat the audiences.

Since they were shooting at dusk they only have three minutes of light to get the shot and therefore can only try it once in a day. Tom Cruise had to wear a proto-spacesuit to ensure an adequate amount of oxygen during the jump.

News Desk - 26 July 2021
A Scottish climber has died after attempting a new route on K2 in Pakistan to raise money for a development charity.

Young Karachiites pledge to save electricity and make their city clean