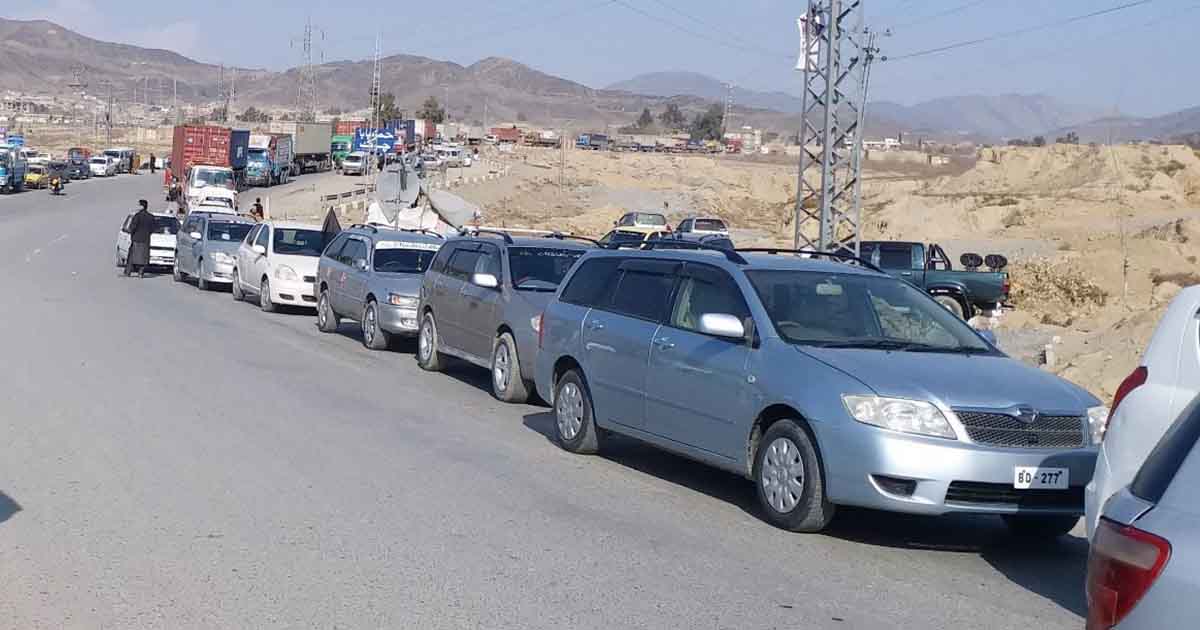 The areas where these NCP vehicles could be seen moving on roads in herds included Islamabad, Lahore, Multan, Karachi, Gotki, Hyderabad and various other parts of Sindh province while the Pakistani authorities, including Customs Intelligence, Excise and Taxation Departments, Federal Investigation Agency, police, and other law enforcement  representatives have miserably failed to abolish this practice, sources mentioned.

Informants reported these luxury vehicles are being smuggled from various countries into Pakistan allegedly by the diplomatic and non-diplomatic staffers stationed in various embassies in Islamabad and are being sold overtly on a large scale including Islamabad, Lahore, Karachi and other parts of Sindh Province.

Muhammad Fiaz, another Superintendent deputed at the Car Section of IDP, was of view that the dry port deal very few cases of car imports and mostly vehicles are brought at Karachi Sea Port from foreign countries.

Above all, sources also revealed the involvement of diplomatic and non-diplomatic staffers of Afghanistan and the Chinese Embassy in Islamabad, smuggling/importing luxurious vehicles into Pakistan and selling them through powerful government officials, politicians and other high and mighty to earn billion of rupees illegally.

A surprise raid by Customs Intelligence at some of the showrooms as well as courtyards of many embassies could lead towards unearthing the scam, they said. “It has been a routine practice that the smuggled or non-duty paid luxury vehicles are being plied on roads by displaying fake number plates in a bid to throw mud into the eyes of law enforcement agencies and other authorities concerned,” sources added.

The rampant smuggling/import of luxury vehicles from various countries into Pakistan has been going on unnoticed, depriving the national exchequer of huge revenues, up to billion of rupees, something that needs strong attention from Prime Minister Imran Khan and high ups at the Federal Bureau of Revenue (FBR). Additionally, further details revealed the purchase of two Mercedes Benz cars, models E63 AMG and E300, displaying the same registration number plates (AHZ-063) on both vehicles. They said the owner of these vehicles has sold out one car recently.

Read more: Toyota, Suzuki close their doors to most of Pakistan

A probe on part of Islamabad Excise and Taxation Department in the case may open a new Pandora box, they claimed. Similarly, a Lahore based big wheel has also been using two imported non-custom paid, a yellow coloured, Lamborghini Gallardo and a pearl white Chevrolet Corvette sports car with fake number plates (LED-15-8181 and LE-800), record of which were not registered with Punjab Excise and Taxation Department, Lahore…

“A former MPA, Mir Nadir Khan Magsi of Sindh government also owns non-custom paid vehicles,” sources claimed. Sources disclosed another Sindh based politician, who is part of the provincial government, has recently imported two luxury vehicles, a Mercedes S500 model 2017 and G63 model 2019 from Abu Dhabi. They said these vehicles were brought to Karachi seaport and cleared off by the authorities without receiving duties,  causing the loss of millions of rupees to national kitty.

Rolls Royce Ghost, Mercedes S1500 and E Class, Range Rover Vogue, Cadillac Escalade G Class, Nissan Patrol, Toyota Land Cruisers, Lexus lx570, Range Rover and Hummer are other imported non-custom paid vehicles that are in use of big guns in Pakistan, they added. It was suggested that Customs Intelligence should launch massive crackdowns across the country and to carry out raids at houses/mansions of the powerful ministers to impound the NCP vehicles.

A personnel assistant (PA) of a federal minister, who is also accused of using non-custom paid vehicles, refused a correspondent the opportunity to talk, “You can never contact the minister by bypassing me,” he replied in a rough tune.

During background interviews, the car dealers said the imported cars were smuggled into Pakistan through private jets of foreign delegates/diplomats. Furthermore, Islamabad Dry Port, Afghan Border and Karachi Sea Port have become the hubs and a gateway for the smuggling/import of non-custom paid vehicles. The value of each smuggled/imported vehicle is approximately Rs 30 to 30.5 million, however, the top guns in Pakistan purchase these cars through meager prices ranging from Rs 3 to 5 million, they said.

Nonetheless, Customs Intelligence Islamabad HQ Superintendent Abdul Malik, during a chat with this correspondent, denied the fact that any diplomat is involved in smuggling NCP vehicles into Pakistan. “All the diplomats approach Ministry of Foreign Affairs to get Exemption Certificate and only after producing the EC to Customs Intelligence and Car Section at IDP, the diplomats can drive the car out,” he said.

Muhammad Fiaz, another Superintendent deputed at the Car Section of IDP, was of view that the dry port deal very few cases of car imports and mostly vehicles are brought at Karachi Sea Port from foreign countries. Mir Nadir Khan Magsi, however, when contacted for his comments, vehemently denied that he owned even a single non-custom paid vehicle. “I am a law-abiding citizen and use duty paid imported vehicles,” he said.

A personnel assistant (PA) of a federal minister, who is also accused of using non-custom paid vehicles, refused a correspondent the opportunity to talk, “You can never contact the minister by bypassing me,” he replied in a rough tune.

Director General (DG) Customs Intelligence, Chairman Federal Bureau of Revenue (FBR) and spokesman to Prime Minister of Pakistan, could not be approached for their comments over the theft of custom duties on purchase of luxury vehicles by ministers, politicians and other high level personnel causing huge loss to the national exchequer.