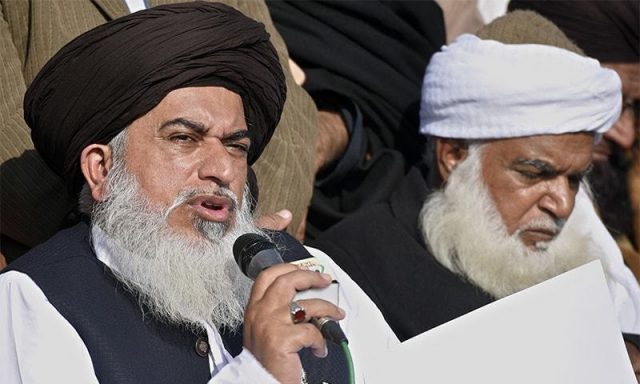 The Punjab Police continued a crackdown on Monday on those involved in rioting, road blocking, damaging public property and injuring people and police officials across the province in protests after the Supreme Court acquitted Aasia Bibi in a blasphemy case on October 31.

On Monday, 159 people were arrested for arson, vandalism, violence and attacking the police, according to a spokesperson for the police.

TLP leadership has warned that it will hit the road once again if the government continues arresting its workers.

Of them, 44 were arrested in Sahiwal, 18 in Lahore, and five each in Rawalpindi and Nankana Sahib. Out of the total 25 FIRs registered in Punjab under serious charges against the violators, 11 were lodged in Lahore, six in Sheikhupura and four in Sahiwal. Some cases were registered under terrorism charges.

Of the 63 police officers injured by offenders, 58 were discharged from the hospitals while five others, including a DSP, were being treated for their profound injuries. On the other hand, the police record showed that the 42 vehicles damaged and set on fire belonged to the public and 16 to the Punjab police department.

The arrests are being made on the basis of the forensic analysis of mobile phone and CCTV footages, and other evidences.

159 people were arrested for arson, vandalism, violence and attacking the police, according to a spokesperson for the police.

According to the police, damage to public and private vehicles by the offenders was estimated at Rs 46.6 million. Also, the Punjab police detained nearly 800 violators under the 16 MPO. A majority of them were released on assurance from them that they would not take part in such activities in the future.

Meanwhile, TLP leadership has warned that it will hit the road once again if the government continues arresting its workers. The government, however, has expressed its resolve to bring all the miscreants to justice in order to deter such incidents in future.

What Imran Khan didn’t know & why? A confused Prime Minister?

Check your diet: You may lose your vision later in life