The Pakistani automobile industry is set to undergo major changes this year, with various international automakers all set to enter the market. Pakistan has had all of three automakers: Suzuki, Toyota and Honda that have had the market captured for several decades, delivering their products to eager auto enthusiasts. With complaints from the consumer base about increasing prices and deteriorating quality of vehicles, it was high time that Pakistan saw an overhaul.

Regardless, the year 2016 saw more than 0.23M vehicles being sold in Pakistan. The numbers continue to rise each year and a positive trend of 10 to 15 percent annual growth has been observed. More than 0.15M cars and jeeps have been sold in Pakistan since mid-2016. If buses, trucks and tractors are included in the stream, the number crosses 0.2M.

Let’s take a look at the top five most popular Pakistani cars in 2017:

Toyota’s Corolla was launched in Japan circa 1967 and in 1993 Toyota Indus Motors Pakistan launched Corolla for Pakistani Consumers. The Toyota Corolla Indus has been a consumer favorite and to this day, Corolla remains the most popular sedan of all time! In 2017, 21,518 units were sold during the second half (July 2017 – December 2017). The current Corolla is available in several variants like Xli, GLi, Altis and Altis Grande.

In 1984, Suzuki Japan introduced the second generation Alto (Mehran). The pop culture ‘boss’ Pak Suzuki Mehran is based on a three-decade old design and still comes with nearly the same look and features as the original one, which was introduced in 1989. After almost thirty years, Mehran remains one of the most popular cars in Pakistan. 18,829 units were sold during the second half of 2017 (July 2017 – December 2017). Currently, Mehran is available in two variants VX and VXR. There are also reports of Mehran being revamped into a new version, GVS reported earlier. 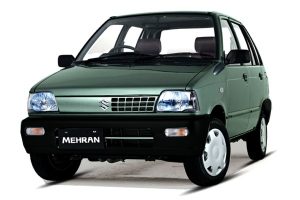 The Suzuki Wagon R, a comparatively newer Suzuki brainchild (at least in Pakistan), is a car produced by the Japanese manufacturer Suzuki since 1993. Pak-Suzuki launched the new Wagon R in 2014. It comes in three variants VX, VXR and VXL. Recently Suzuki announced the discontinuation of the Wagon R in Pakistan until further notice, but Pakistan remembers it as one of the most wildly popular cars to have picked up more than a hundred percent sale growth annually. 11,383 units were sold during the second half of 2017. 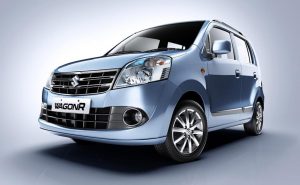 The first Honda Civic was introduced in Japan circa 1972. In Pakistan, the Civic was introduced in 1994 by Honda Atlas Cars. The tenth-generation of Honda Civic (the current gen) is considered as the most highly featured in its league, in terms of sales. The eighth generation Honda Civic, also known as Civic Reborn, is cited to have been the most popular Honda creation in the world, with its immaculate design, aesthetics and engine specifics. There are currently two variants 1.8 and 1.5 Turbo-Charged Honda Civic available in Pakistan.

Honda city was launched in Japan circa 1981, Honda Atlas Pakistan launched this car in 2000 for Pakistani market. Honda City is currently available in 3 variants 1.3, 1.5 and Aspire 1.5. Although Honda Atlas is heavily criticized for raising prices and not bringing any major changes to the 3rd Generation variant launched in 2008, the City still remains one of the most popular auto purchases. 8634 units of Honda City were sold during 6 months of the financial year (April 2017 – September 2017).

What remains to be seen is how big a dent Renault, KIA and Volkswagen are going to make into the aforementioned favorites, starting this year!

Workers protest in Qatar over unpaid wages amid pandemic

AFP - May 30, 2020
Migrant workers staged a rare protest in Qatar over unpaid wages, the government said Saturday, at a time of economic fallout from the coronavirus...

Unlawful killing of the black people exists in 21st century

George Floyd’s murder: Violent protests spread across the US

Who is going to be Nawaz Sharif’s new Army Chief?