Cargo supplies across the country came to a halt on Monday when goods transporters suspended their operations in protest over a hefty increase in fines. This comes months of conflict between the transport association, business industry and government over implementation of axle load limits. 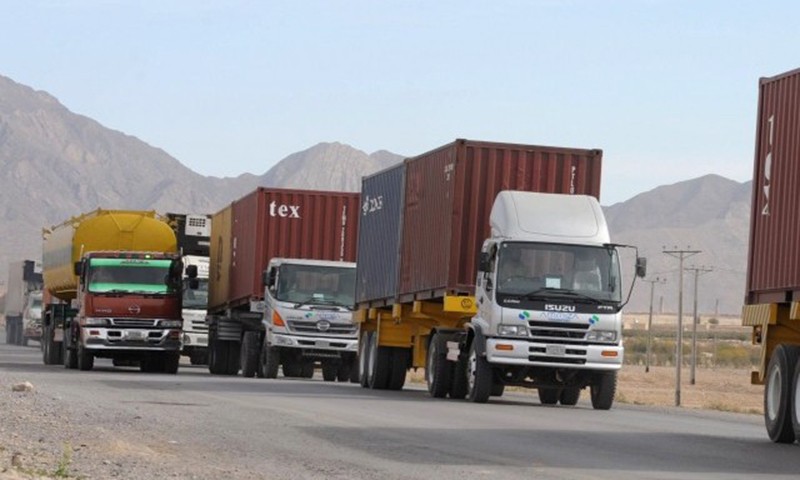 Cargo supplies across the country came to a halt on Monday when goods transporters suspended their operations in protest over a hefty increase in fines, forcing the federal government to send in its top guns for holding talks to resolve the crisis.

The federal government had recently approved revised rates of fines against traffic violations on highways published under a notification by the Ministry of Communications on 22nd November 2019. The penalty, which was Rs750 on every kind of violation, is now being categorised. For speeding, the fine would be Rs1,500 for motorbikes, Rs2,500 for cars, Rs5,000 for trucks, and Rs10,000 for public service vehicles.

Proposal to enhance traffic fines does not aim at increasing revenue but to protect lives of innocent people on roads: @MuradSaeedPTIhttps://t.co/RWEPfoj5Vf— Radio Pakistan (@RadioPakistan) January 2, 2020

Transporters said that they decided to halt the cargo supply as a last resort after their several appeals had failed to convince the authorities to take action on their concerns.

They said they paid millions of rupees in taxes and play a key role in the overall economic activity of the country but they were never taken on board by the government where making of the recent policy was concerned.

Read more: Implementation of Axle Load Limit Regime: When and How?

Protest by the transport industry follows months of frustration with the business industry and the government over the suspension of axle load limit policy.

As of 1 June 2019, the Government was implementing the Axle Load Limit policy, as set out under the National Highway Safety Ordinance (NHSO) and the ministry would be the executing agency for this policy. Communication ministry had recommended the implementation of the policy to control the number of accidents, deaths and minimize the damage borne by Pakistan’s national highways.

The Transport Association highlights the increased risk of accidents that comes with loading trucks above the axle load limit. Truckers are coerced into carrying cargo heavier than the permissible limit because of high competition in the truck industry.

Implementation, starting from Karachi upwards, continued for precisely 20 days before an enraged industry was able to prevail upon the Prime Minister for its suspension. The matter soon landed in Islamabad High Court.

Speaking to GVS magazine, Awais Chaudhry, the General Secretary of the All Pakistan Goods Transport Owners Association, explained how the non-implementation of the axle load policy has severely affected both the trucking industry and the general economy. He argues that the high loads that trucks carry impose a severe mental and physical toll on drivers, their vehicles, and on roads.

The Transport Association highlights the increased risk of accidents that comes with loading trucks above the axle load limit. Truckers are coerced into carrying cargo heavier than the permissible limit because of high competition in the truck industry. To ensure that a vehicle can carry a much higher load, they are often fitted with extra axles and leaf springs.

If a trucker demands to take lighter cargo for a given price, industrialists find his competitor who is willing to carry twice the weight for the same price. This is particularly the case, as is highlighted by Awais Chaudhry, in his interview, when the supply of trucks is higher than cargo. In the event of an accident, not only is human life put at risk, but the owners of the vehicle are held responsible for the losses.

Iran’s “Criminal Acts” Must be dealt with a “Firm and Dissuasive Response”: King Salman