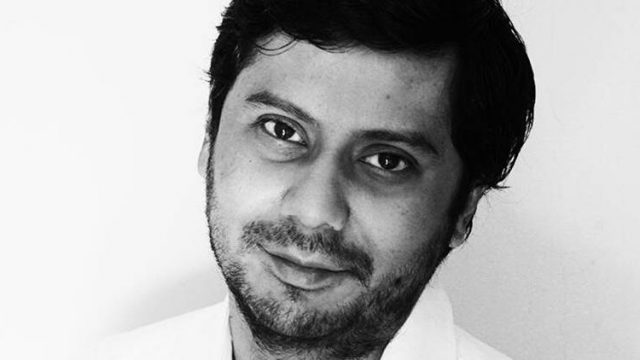 The Lahore High Court (LHC) has issued non-bailable arrest warrants for daily Dawn’s Assistant Editor Cyril Almeida. The court has directed the journalist and former Prime Minister Nawaz Sharif to appear before the court on October 8th.  The name of Almeida has also been placed in the Exit Control List (ECL) on the orders of the court. The case was filed by a civil society member Amina Malik through Advocate Azhar Siddiqui against the former PM Sharif and Shahid Khaqan Abbasi for allegedly defaming the state institutions and not honoring the office of PM.

“Militant organizations are active. Call them non-state actors, should we allow them to cross the border and kill 150 people in Mumbai? Explain it to me. Why can’t we complete the trial?” an angry Nawaz asserted.

Former PM Shahid Khaqan Abbasi has also been ordered by the court to appear in person before the court. According to sources, the petitioner’s legal counsel alleged Nawaz had violated his oath of office by giving controversial interview [Dawn leaks] to Almeida. The lawyer also accused Abbasi of violating his oath of office by sharing details of a huddle of National Security Council (NSC) with the ousted Sharif. He requested the court to initiate treason proceedings against both former premiers.

The meeting of the NSC was held on May 14th where the statement given by Nawaz Sharif was rejected. “The meeting reviewed the recent statement in the context of Mumbai attacks, as it appeared in the Daily Dawn of 12th May 2018, and unanimously termed this statement as incorrect and misleading,” said a press release issued after the 22nd NSC meeting held at Prime Minister’s House.

Following the meeting, Abbasi met Nawaz and briefed him about the concerns and discussions held during the NSC meeting.

Background of the matter

Ousted Prime Minister and former head of the Pakistan Muslim League-Nawaz (PML-N) made some ‘irresponsible’ and ‘controversial’ remarks on Mumbai attacks. In an exclusive interview to daily Dawn’s Cyril Almeida that appeared on 12th  May, Sharif blamed Pakistan for ‘allowing’ terrorists to kill 150 people in Mumbai. “Militant organizations are active. Call them non-state actors, should we allow them to cross the border and kill 150 people in Mumbai? Explain it to me. Why can’t we complete the trial?” an angry Nawaz asserted.

The lawyer declined to give any guarantee but requested the court not to issue non-bailable warrants. The court, however, issued non-bailable arrest warrants for daily Dawn’s Assistant Editor.

Sharif was alluding to the 2008 Mumbai attacks when more than 150 people were killed and more than 300 were wounded. Indian media and authorities had immediately blamed Pakistan for the brutal attack. Lashkar-e-Taiba, a banned terrorist organization, was held responsible for a series of 12 coordinated shooting and bombing attacks lasting four days across Mumbai. Pakistan agreed to cooperate with India in order to reach logical conclusion of the case.

Moreover, while commenting on the foreign policy of Pakistan the former premier took a tough stance and expressed his anger and displeasure. “We have isolated ourselves. Despite giving sacrifices, our narrative is not being accepted. Afghanistan’s narrative is being accepted, but ours is not. We must look into it,” he said.

Nawaz Sharif was referring to the recent media campaigns led by Indian and Western media against Pakistan to isolate it. Pakistan has been under the constant pressure of the United States to follow the policy of ‘do more’ in Afghanistan. However, Pakistan was resisting these demands.

The Reaction of the Indian Media

Just after a moment, the interview was published, Indian media made headings and ran a campaign to spread what Nawaz had said.

Lashkar-e-Taiba, a banned terrorist organization, was held responsible for a series of 12 coordinated shooting and bombing attacks lasting four days across Mumbai. Pakistan agreed to cooperate with India in order to reach logical conclusion of the case.

Times Now went a step further about “Nawaz Sharif’s sensational confession”, saying: “Now, Pakistan can’t rid off 26/11 stain”. Khaleej Times wrote, “Militants from Pakistan attacked Mumbai, claims ex-PM Sharif”.  These headings helped Indian media, establishment and political elite to reaffirm and propagate their stance on the Mumbai attacks. Since India has, unlike Pakistan, many English TV channels and online publications to attract an international audience and sell their narrative, a colossal anti-Pakistan narrative got strengthened across the world in a short time.

Read more: Pakistani journalists claim to be under threat from ‘hidden forces’

There are a number of conspiracy theories and a well-furnished anti-Pakistan narrative to explain the causes behind Mumbai attacks. Conspiracy theorists get attention when they focus on explaining events on the basis of their ‘utility’ and ‘outcomes’, not only on superficial levels. If Mumbai attacks and their causes and masterminds are to be understood and identified, there needs to be asked a fundamental question; who benefits?

In the wake of Mumbai attacks, argues Elias Davidsson, India managed to get some advantages/outcomes it wished for. Pakistan, on the other hand, paid a heavy price and is still paying.  “Mumbai terrorism benefitted Indian institutions (Defense budget hiked by 21% immediately) and helped India, US, UK, and Israel come together and strengthened right-wing Hindutva politics in India makes lots of historical sense,” wrote Dr. Moeed Pirzada while making references from Elias Davidsson’s book, The Betrayal of India: Revisiting the 26/11 Evidence.

Many observers point that Pakistan earned a bad name, was blamed by India, bashed by the international community and snubbed by the United States of America. It could be asked why would Pakistan engage in an act that would come back to haunt it?

Politicized police in Sindh and Punjab: Should PTI be blamed?