Foreign Ministry says the US resolution does not comply with deep-rooted ties between Turkey and US. Turkey seeks to reach a diplomatic solution to the issue of purchasing the S-400 defense system from Russia 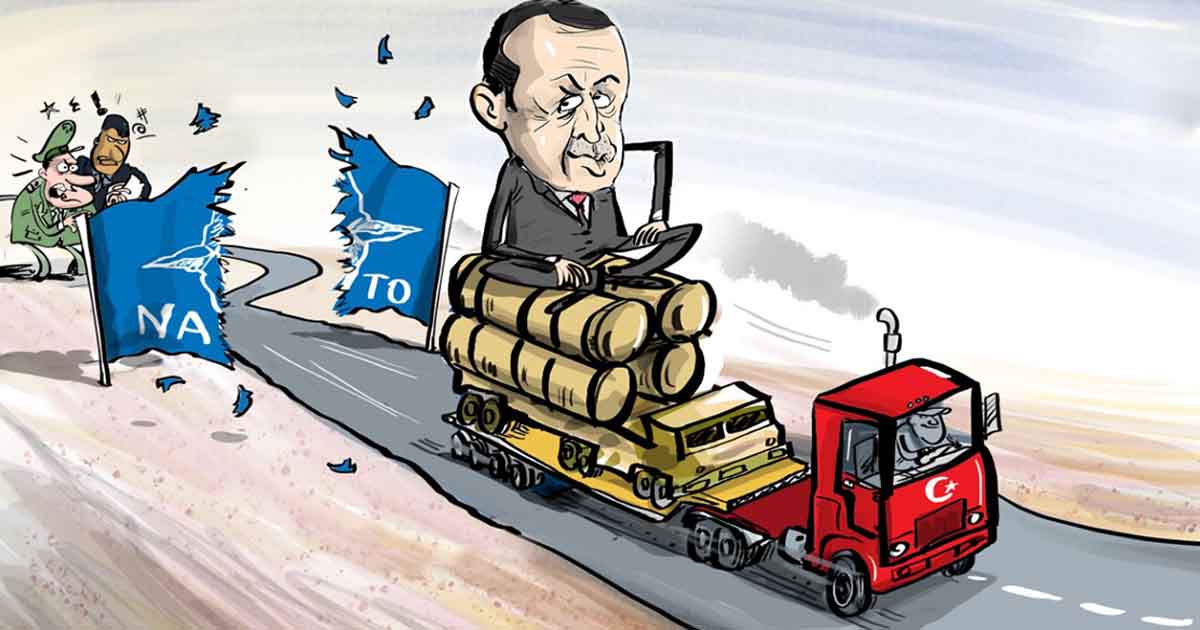 Turkey’s Foreign Ministry on Tuesday slammed an “unacceptable” U.S. resolution expressing concern over the alliance between Ankara and Washington.

The resolution “Expressing Concern for the United States-Turkey Alliance” approved by the U.S. House of Representatives on Monday does not comply with the deep-rooted friendship and relations of the alliance between Turkey and the U.S., the statement said. “The decision ratifying unjust and unfounded allegations about Turkey’s foreign policy and its judicial system is never acceptable,” it added.

The ministry underlined the importance of resorting to “dialogue” and showing “respect” in order to resolve a difference of opinion between Washington and Ankara. The resolution condemns Turkey’s decision to acquire Russian S-400 air defense systems and calls on Ankara to cancel its procurement.

Washington gave Turkey the ultimatum to either cancel the Russian defense system order or lose out on the American F-35 jets. The Turkish F-35 pilots have been banned from flying at the US base

The defense systems have been at the core of a lingering spat between the two allies.

The report acknowledged that the shortcomings in US policy “have enhanced Russian prestige” and have helped to create problems with Turkey that “risk eroding the NATO alliance.” https://t.co/CnJAlQFqO3

Turkey decided in 2017 to purchase the S-400 system following protracted efforts to purchase air defense systems from the U.S. with no success. However, U.S. officials have advised Turkey to buy the Patriot missile system rather than the S-400 system from Moscow, arguing it is incompatible with NATO systems.

Turkey has responded that it was the refusal to sell Patriots by Washington that led it to seek other sellers, adding Russia offered a better deal, including technology transfers.

Possible Ulterior Motive of the US

Washington claims that the purchase deal between Turkey and Russia poses a threat to US national security. However, this claim could essentially be a guise for the arms race the US seems to be involved in against numerous countries, including Iran and Russia.

Turkey, in response, has multiple times reiterated that the S-400 would not be integrated into NATO operability and would therefore not pose a threat to the alliance.

Washington gave Turkey the ultimatum to either cancel the Russian defense system order or lose out on the American F-35 jets. The Turkish F-35 pilots have been banned from flying at the US base.

UAE-Israel deal: A betrayal of the Palestinian people?

A year after the fall of Aleppo, Syria’s Ghouta faces same fate