Trudeau said, "This arbitrary detention of Canadian citizens is unacceptable and deeply concerning, not just to Canadians but to people around the world who see China using arbitrary detentions as a means to political ends."  This further sours the already complicated relationship between Canada and China. 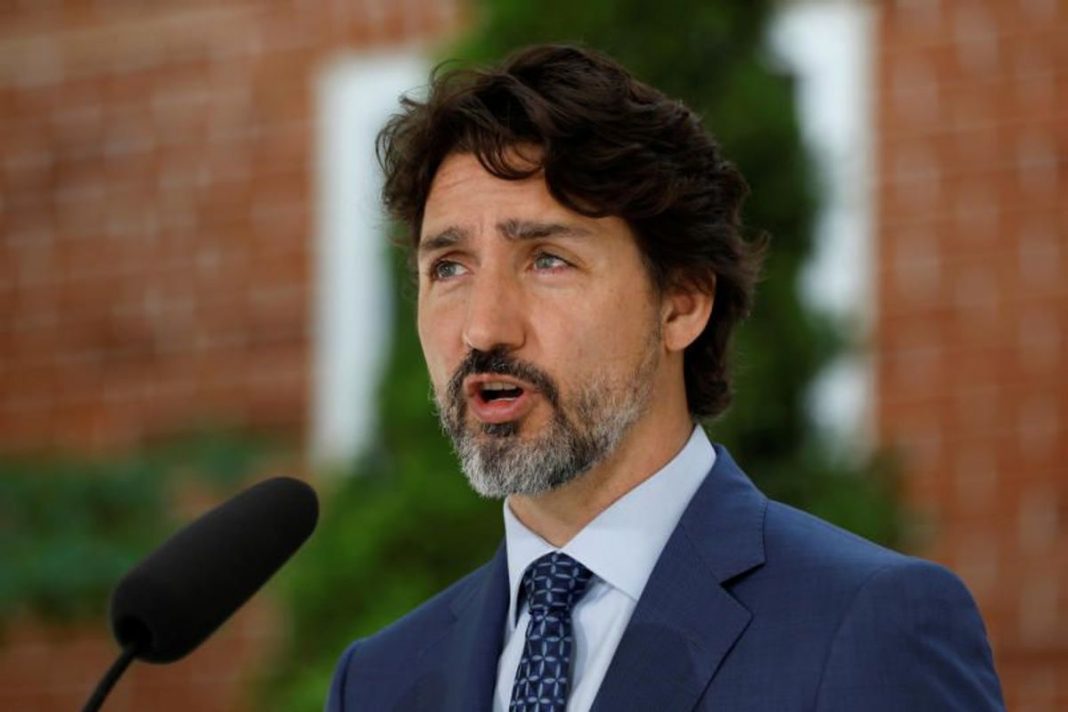 Prime Minister Justin Trudeau on Monday blasted China’s detention of two Canadians for “political ends,” following charges against them for spying. Even as Trudeau slams China for charges, China has moved to prosecute the two detained Canadians, in what experts view as a tit-for-tat move after Canada went ahead with the planned extradition of a Huawei executive.

His comments came after China’s Supreme People’s Procuratorate on Friday said it had begun the prosecution of ex-diplomat Michael Kovrig and businessman Michael Spavor, who were “suspected of foreign espionage” and “providing state secrets.”

The move, 18 months after their arrest, came just weeks after a Canadian judge ruled that proceedings to extradite Chinese Huawei executive Meng Wanzhou to the United States will go ahead.

Relations between Canada and China have hit rock bottom over the arrests.

At his daily briefing on Monday, Trudeau said, “This arbitrary detention of Canadian citizens is unacceptable and deeply concerning, not just to Canadians but to people around the world who see China using arbitrary detentions as a means to political ends.”

On the 561st day of the arrest & incarceration of the 2 Michaels on phony spying charges, the Prime Minister arrives at the same conclusion everyone else did on day 1: China detained Kovrig, Spavor in ‘political decision’ over Meng arrest: Trudeau https://t.co/xxFRDgf4eC #cdnpoli— Lorrie Goldstein (@sunlorrie) June 22, 2020

Trudeau said “we deplore… a political decision made by the Chinese government,” which continues to pressure Canada.

Read more: Canada disappointed with China over charges on Canadians

Beijing has also blocked billions of dollars’ worth of Canadian agricultural exports.

A Chinese foreign ministry spokesman said on Tuesday that Beijing was working on the case of the detained Canadians “according to the rule of law in China.”

Wang Lutong told reporters at a briefing that the pair were guaranteed “every right during their detention.”

Canadian prisoners are ‘pawns’ in a bigger geopolitical wrangle

Trudeau last week said he was “disappointed” that the Canadians were formally charged with spying, and his deputy, Chrystia Freeland, said she was “heartbroken and really angry” over Beijing’s action.

In an interview with public broadcaster CBC, Kovrig’s wife Vina Nadjibulla agreed more pressure on China was needed, as “words are no longer enough.”

But, she said, “I’m interested in us being strong, but not antagonistic. We cannot win a race to the bottom with China, we cannot become aggressive and confrontational because confrontation is not a strategy.”

Nadjibulla insisted that both her husband and Spavor are innocent and “pawns in a bigger geopolitical game.”

It is “heartbreaking,” she said, knowing that Kovrig is languishing in a cell he described in letters to her and other family as a “concrete jungle.”

“Basically he has been confined to a single cell this entire time. He has not gone outside. He has not seen a tree or had fresh air to breathe for 560 days,” she said.

Earlier Monday, US Secretary of State Mike Pompeo demanded that China free the two Canadians, and said in a statement that his country “rejects the use of these unjustified detentions to coerce Canada.”

Australia, Britain, France, Germany, the EU and others have also pressed China over the detention of the Canadians.

Trudeau thanked allies for “speaking up” against Beijing’s use of what observers have described as “hostage diplomacy.”

“Our allies around the world,” he said, “are extremely concerned about the plight of Canadians because they know very well that it may one day be their turn.”

The background of the detention of Canadian citizens

Kovrig and Spavor were detained in December 2018, nine days after Meng was arrested in Canada on a US warrant.

The United States wants to try her on fraud charges related to the Chinese telecom giant’s alleged violations of US sanctions against Iran.

Meng, the eldest daughter of Huawei founder Ren Zhengfei, has been out on bail and living in a mansion in Vancouver, while the two Canadians remain in China’s opaque penal system.

“It’s a real shame that China continues to punish Canadians for a decision by our independent judicial system in Meng’s case,” Trudeau commented.

Former senior Canadian officials have proposed a prisoner swap of sorts, intervening in the extradition hearing to release Meng in exchange for the repatriation of the two Canadians.

Nadjibulla said she obtained a legal opinion that Canada’s justice minister can step in at any time to quash Meng’s extradition, but “whether the minister should act is a second question.”

Trudeau responded to the idea bluntly: “No. We’re not considering that.”