His announcement came after a deal struck Tuesday in Sochi, under which Russia and Syria will "facilitate the removal" from the border region of Kurdish People's Protection Units (YPG) fighters. 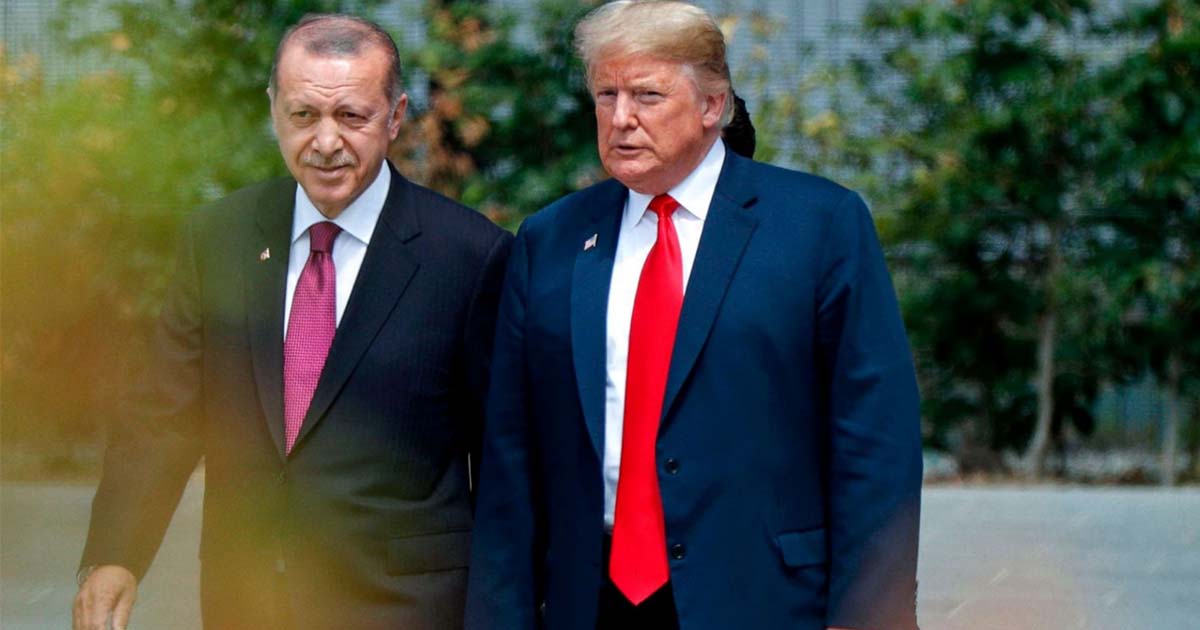 President Donald Trump announced on Wednesday the United States is lifting sanctions on Turkey, hailing the success of a ceasefire along its border with Syria.

The president, who has been under fire for abruptly withdrawing US troops from northern Syria, paving the way for Turkey to launch a deadly offensive against the Kurds, added that a “small number” of US troops would remain in the conflict-hit country.

“Earlier this morning, the government of Turkey informed my administration that they would be stopping combat and their offensive in Syria and making the ceasefire permanent,” he said in a televised address from the White House.

"Eight long years after President Obama's ill-fated push at regime change, U.S. troops are still on the ground in Syria. More than half a million people are dead, hundreds of thousands are terribly injured, and millions more Syrians are displaced." pic.twitter.com/Rwao9HNbIA

“I have, therefore, instructed the secretary of the Treasury to lift all sanctions imposed October 14 in response to Turkey’s original offensive moves against the Kurds in Syria’s northeast border region,” he added.

His announcement came after a deal struck Tuesday in Sochi, under which Russia and Syria will “facilitate the removal” from the border region of Kurdish People’s Protection Units (YPG) fighters, US allies against the Islamic State group.

Big success on the Turkey/Syria Border. Safe Zone created! Ceasefire has held and combat missions have ended. Kurds are safe and have worked very nicely with us. Captured ISIS prisoners secured. I will be making a statement at 11:00 A.M. from the White House. Thank you!

It will also see Turkey preserve a “safe zone” inside Syria about 75 miles long and 20 miles deep. Russia and Turkey will eventually launch joint patrols along the zone.

Trump said some troops would remain in Syria’s oil fields despite a broader American withdrawal from the country.

“We have secured the oil and, therefore, a small number of US troops will remain in the area where they have the oil,” he said.

Trump warned that “crippling” sanctions could be reimposed if Turkey failed to honor its obligation to protect religious and ethnic minorities.