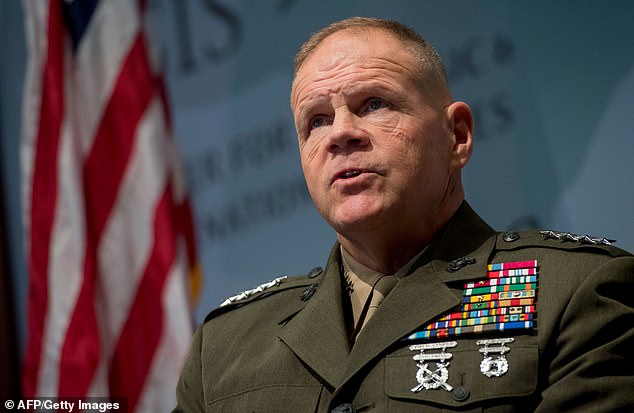 Past one year, of uncertainty, has seen people riding on emotional roller coasters all around the world. Pendulum could have move in either direction, but now with beginning of “Trump Era” we can say for sure that the U.S. is quickly taking a firm position on a number of issues, throwing Obama’s caution to the wind.

The Executive Order imposing travel ban on selected Muslim countries was a classic specimen of this new American era. Though it was certainly in line with Trump’s campaign promise that he would ban all Muslims from entering until he could ensure the safety of the American people. And though he has faced setbacks as judges and finally US Appeals Court paralyzed him, but he has clearly demonstrated that he wasn’t bluffing.

With his initial decision making, Trump has also made it clear that his administration is ready to pick sides and alienate traditional allies. Recent actions have sent shock waves not only across middle east but also to Germany, France, and Australia.

Read more: Trump set to restrict immigration: no entry to USA for visa holders from Syria, Yemen, Iraq, Iran and 3 other African nations

Trump’s close relationship with Russia, affinity for President Vladimir Putin and his firm stance toward Iran have been consistent themes of his election campaign. Resignation of NSA, Micheal Flynn, within a month of assuming office, on the issue of “Russian sanctions” belies the underlying tensions in Washington around Trump’s approach towards Russia. And immediately after Iran’s recent missile tests, the U.S. did not hesitate to “put Iran on notice” and it is looking for excuses to reverse the incremental progress made by the Obama administration. We can therefore expect that posturing between the U.S. and Iran will continue in foreseeable future.

Pakistan, Russia, and China want to get more involved in dialogue with the Taliban, while India’s policy is completely opposite.

Given the changing international dynamics, it is not clear what position Trump will take on  Afghanistan. While his  administration focuses on domestic issues of employment, economy, and immigration Taliban are gaining ground in Afghanistan and far more people are dying violently, on both sides of the divide, than in all the previous years.

Role of Iran and Russia in Afghanistan

Another dimension that adds to the complexity of this issue is the role of Iran and Russia in Afghanistan. Both are busy manipulating different pieces of the jigsaw puzzle to position themselves in the region. Recent developments, such as the fall of Kunduz and Baghran and emergence of ISIS has made Russia more involved and engaged with Taliban. Furthermore, Iran and Russia look towards Taliban to fulfill their own often conflicting agendas. Maintaining military presence in Afghanistan further entangles the U.S in a situation that means: more loss of lives, struggling economy, and damage to the US narrative on the international front.

Read more: What does Russia now want in Afghanistan? Peace or further discord

China and Pakistan both are interested players in Afghanistan. Their fears of the rise of ISIS and concerns for the safety of CPEC initiative makes them more worried and more involved than before. Recent meetings between Iran, Russia, China, and Pakistan at different forums, most recently in Moscow indicate that the US role is diminishing and Russia and China are willing to take greater responsibilities to stabilize the region. How will Trump administration reacts to this remains to be seen.

India’s growing involvement in Afghanistan, political and financial  support for Ashraf Ghani’s government and encouraging the later to take a tough position against Pakistan are indications that India may not be very happy with the Russian and Chinese initiatives towards Taliban. India has consistently urged the Afghan and U.S. governments to be tougher on Taliban. Recently, Republican Hindu leader Shalabh Kumar, said that India should provide troops to support the U.S. in the fight against the Taliban.

Recent developments, such as the fall of Kunduz and Baghlan in favor of the Taliban, has made Russia more involved and engaged with Taliban.

Shalabh Kumar’s relationship with the Trump administration has been well documented and is  considered very close. During the last weeks of the presidential campaign, Kumar mobilized the Indian community and assured them that if President Trump would gain the White House, he would guarantee a tougher position toward Pakistan.

Shalabh Kumar’s proposal to send Indian troops to Afghanistan is significant, as it came a day after Secretary of Defense James Mattis had a telephone conversation with Indian Defense Minister Manohar Parrikar. Clearly, India position is self-serving, but how does joint military involvement benefit either the U.S. or India?

Trump to repair his image on the international platform

One, it could be an opportunity for President Trump to repair his image on the international platform, which he tarnished through his hostile policies and negative comments against world leaders and other countries.

Most world leaders either dislike him or are afraid of him because of his aggressive telephone conversations with the Australian Prime Minister and Mexican President.  Also, world leaders see Trump as a superpower leader who wants to promote more protectionism within his country.

So there seems to be a scenario in which most of the world leaders, from China to the European Union, are keeping themselves at a distance from President Trump and are following a wait and watch policy.  And they want to see how President Trump crafts his foreign policy and only after that they will like to engage with him. So at this time, when President Trump is kind of isolated on the international front, such an offer from India would definitely be a cool breeze and President Trump would love it.

Pakistani government sources quietly worry that any sudden upheaval, like a terrorist attack in India or Afghanistan, may help India to position Trump administration against them. Even attacks inside Pakistan will help India to demonstrate that Pakistan is troubled, unsafe and unstable and cannot be a reliable partner in Afghanistan.

Pakistani government sources quietly worry that any sudden upheaval, like a terrorist attack in India or Afghanistan, may help India to position Trump administration against them. Even attacks inside Pakistan will help India to demonstrate that Pakistan is troubled, unsafe and unstable and cannot be a reliable partner in Afghanistan. India will like to impress upon Trump administration that Pakistan is involved in state-sponsored terrorism.  In such a scenario, Indian foreign policy will manage two things: First, it may achieve some sanctions against Pakistan; Second, Pakistan will not be able to play their part in Afghanistan. Pakistan has been trying for the past several years to bring United States to sit at the dialogue table with the Taliban. Clearly, we now see conflicting agendas. Pakistan, Russia, and China want to get more involved in dialogue with the Taliban, while India’s policy is completely on the tangent.

The United States needs to rethink their policy in Afghanistan in order to avoid further destabilization of the region. This can be accomplished in two major steps.

U.S. needs to avoid viewing the regional issues and its potential solutions through an Indian prism.

First, by recognizing the role of Pashtuns in Afghanistan and bringing them into a proper power sharing arrangement – currently dominated by Tajik elite. The majority of Pashtuns are sympathizers to the Taliban and they are more than 55% of the Afghan population.

Secondly, the U.S. needs to avoid viewing the regional issues and its potential solutions through an Indian prism.  In more specific terms this means: US strategy should be to engage with the Taliban and to fight against the ISIS – something which Putin’s Russia is trying to do. As the global leader, the U.S. has a responsibility to get more involved and work with the major powers in the region and not at cross purposes to them. But will Trump administration be able to resist the pressures generated by pro-Indian lobbies in Washington?

Dr. Shahabaz Gill, is Professor at Institute of South Asia & Middle Eastern Studies at University of Illinois, Urbana Champaign; he can be reached at: shahbaz@illinois.edu. Tweets at: @SSGill80