Trump, who is battling to build the border wall that was his signature campaign pledge, regularly tells Mexico to do more to fight drug trafficking and illegal migration across the frontier. 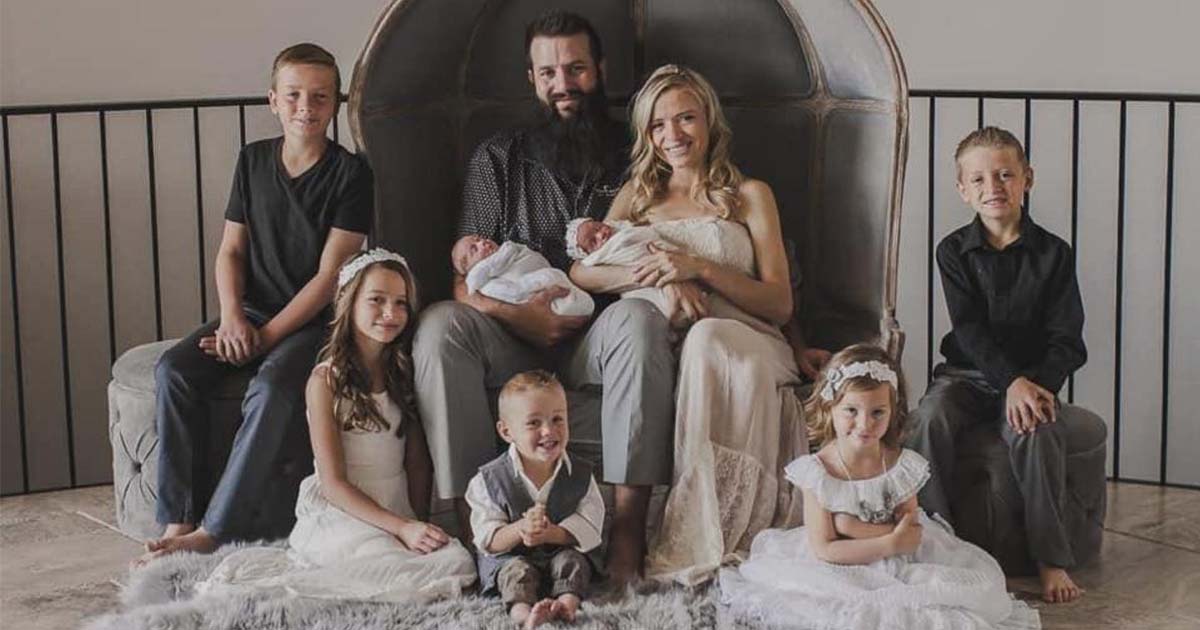 President Donald Trump offered Tuesday to help Mexico hunt the killers of nine Mormon women and children shot dead in a lawless border area — and said the United States stood ready to back its southern neighbor in a “war” on the drug cartels.

Gunmen ambushed the members of the LeBaron family — a large clan of Mormons who emigrated to Mexico in the late 19th century — on a rural road Monday between the states of Sonora and Chihuahua, which border the United States.

Be clear, the reason they are in Mexico is sexual trafficking of underage girls aka polygamy. “Their community began in the early 20th century when members of the LeBarón family moved to Mexico and practiced polygamy, which was forbidden by LDS”/Mormon Church.

Three women and six children were killed, including two twin babies, said, relatives and Mexican officials. Six children were also wounded in the attack, which left the family’s three cars riddled with bullets and badly charred.

Mexico has registered more than 250,000 murders since the government controversially deployed the army to fight drug trafficking in 2006.

“If Mexico needs or requests help in cleaning out these monsters, the United States stands ready, willing & able to get involved and do the job quickly and effectively,” Trump wrote in a tweet.

He praised Mexican President Andres Manuel Lopez Obrador for prioritizing the fight against drug trafficking, but said “the cartels have become so large and powerful that you sometimes need an army to defeat an army!

“This is the time for Mexico, with the help of the United States, to wage WAR on the drug cartels and wipe them off the face of the earth.” Lopez Obrador said he would accept “all necessary cooperation” to get justice for the victims, all of whom lived on the Mexican side but had dual nationality.

But the left-wing populist, who has declared an end to Mexico’s “drug wars,” said he was not looking for a new one. “We don’t agree (with Trump) on that,” he told a news conference. “War is synonymous with irrationality.”

He later tweeted that he had thanked Trump for his support in a phone call. The White House said the presidents had spoken about the “growing violent behavior” of drugs cartels and other criminal gangs.

“President Trump made clear that the United States condemns these senseless acts of violence that took the lives of nine American citizens and offered Mexico assistance to ensure the perpetrators face justice,” said spokesman Hogan Gidley.

Devastated members of the LeBaron family took to social media to call for people’s prayers and condemn the lawless violence gripping much of the border region. “It was a massacre,” Julian LeBaron, an activist who has denounced criminal groups in the area, told Mexican radio network Formula.

He said the women were on their way to the airport with their children when their SUVs were attacked. Several children managed to escape and return home on foot, he added.

Another, a three-month-old baby, was found wounded but alive beneath her mother’s body. An eight-year-old girl was also left missing for about 24 hours, before being found several kilometers away, unharmed.

Mexican Security Minister Alfonso Durazo said the family may have been mistakenly targeted or caught in the crossfire in turf wars between rival drug cartels. LeBaron, however, said the family believes they were deliberately attacked.

The LeBaron community are descendants of Mormons who fled the United States in the late 1800s after being persecuted for their traditions, including polygamy. Many are dual US-Mexican citizens.

Read more: In Mexico, those searching for missing relatives can vanish too

One former member is George Romney, father of 2012 Republican presidential candidate Mitt Romney, who was born in 1907 in Colonia Dublan in Chihuahua state, according to the US network NBC. Mitt Romney said on Twitter he was “heartbroken for the victims of the horrific attacks.”

It is not the first time the LeBaron family has been targeted. Julian LeBaron’s brother Benjamin, founder of a crime-fighting group called SOS Chihuahua, was assassinated in 2009 after he led protests over the kidnapping of their 16-year-old brother.

The murder came after the Mormons refused to pay the ransom. The young LeBaron was eventually released.

The region around the 3,145-kilometer (1,954-mile) US-Mexican border is plagued by violent crime.

Trump, who is battling to build the border wall that was his signature campaign pledge, regularly tells Mexico to do more to fight drug trafficking and illegal migration across the frontier.

Lopez Obrador typically responds that the United States needs to crack down on illegal firearms trafficking, which generates an estimated $127 million in profits a year for the American gun industry.

Mexico has registered more than 250,000 murders since the government controversially deployed the army to fight drug trafficking in 2006. Many experts blame the “drug wars” for spiraling violence, as fragmented cartels battle each other and the army.

Lopez Obrador has struggled to rein in the violence since taking office in December 2018. This year appears on track to set a new murder record in Mexico, with 25,890 so far.

Top US official urges Taiwan to ‘fortify’ against Chinese attack