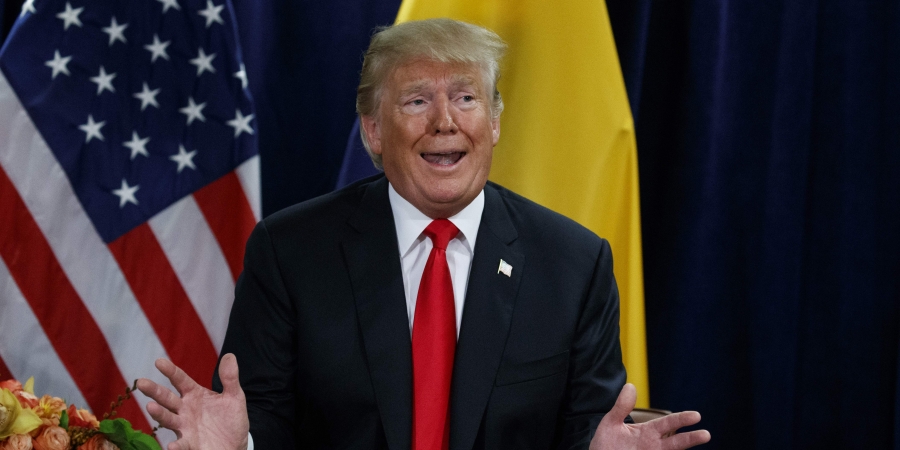 President Donald Trump on Wednesday claimed credit for saving Syria’s rebel-held province of Idlib from an assault that would have “killed millions of people” and “would have been a shame. “Trump told a news conference in New York that he gave the order “don’t let it happen” to his secretary of state and national security advisor and: “It stopped.”

Russia and Turkey agreed during a summit meeting in the Black Sea resort city of Sochi on September 17 to set up a buffer zone in Idlib aimed at preventing a military assault. Syria, which has received vital military support from Russia and Iran, had said that it planned to seize Idlib, the last major rebel stronghold in the seven-year war.

The war in Syria, now in its eighth year, has killed more than 360,000 people and displaced millions.

The Russia-Turkey deal was agreed following warnings that an all-out military offensive would trigger a bloodbath in the province of three million people. “Nobody’s going to give me credit but that’s okay,” Trump said. “That’s okay because the people know.”

“Millions of people have been saved,” he added. Trump said he first heard of the looming assault on Idlib from a Syrian woman who warned of the planned attack during a meeting during which she expressed concern for her sister living there.

“I didn’t hear of Idlib province,” said Trump, who added that he later read about the planned attack in a New York Times article. “I said that’s the same story the woman told me that I found hard to believe because how would anyone do that with three million people?”

Read more: US Defense Secretary’s clarification over their Syrian actions

“I think millions of people would’ve been killed, that would have been a shame.” Trump acknowledged that there could still be “selective” targets in Syria for military action but no large-scale operation.

Iran, Russia, and Syria deserve credit “for not doing it,” said Trump, adding that Turkey, which backs some armed groups, was also “a big help.” The war in Syria, now in its eighth year, has killed more than 360,000 people and displaced millions.

Pakistan seeks closer ties with Russia, and has a real chance of success