US President Donald Trump announced that he was completely severing ties between the US and the WHO, which would entail a massive drop in funding to the global health watchdog. He claims that the WHO has been exceedingly China centric, and maintains that this money is better used in the service of public health. 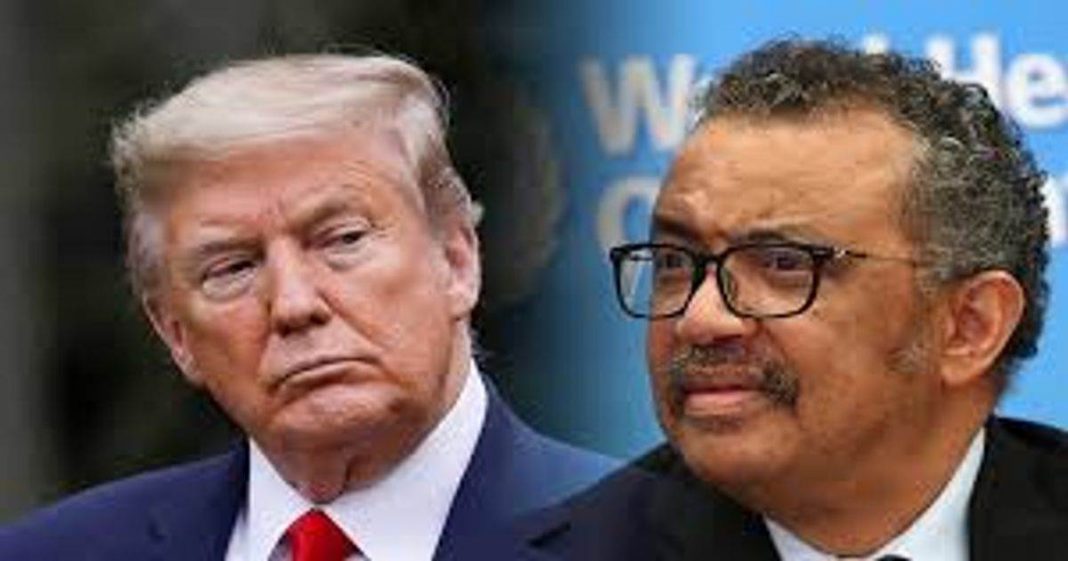 US President Donald Trump said he is cutting ties with the WHO over its handling of the coronavirus pandemic, as the death toll from the disease spiked again in the United States and Brazil.

US President Donald Trump said he was severing ties with the World Health Organization, signaling the end of hundreds of millions of dollars in funding to the UN agency as the deadly #coronavirus pandemic rages on. https://t.co/VZ5zP4qlnS— Rappler (@rapplerdotcom) May 30, 2020

Trump’s move signals an end to hundreds of millions of dollars in funding to the United Nations agency just when it needs it most, with outbreaks in many parts of the world yet to reach their peak.

Countries in Latin America are bracing for difficult weeks ahead, especially Brazil, where the death toll shot up by 1,124 on Friday and there were a record number of new infections.

Medical groups flay Trump over cutting ties with WHO

Groups representing infectious disease doctors, paediatricians and general physicians all protested President Donald Trump’s decision to withdraw from the World Health Organization on Friday, saying it will make it harder to fight the coronavirus pandemic.

It could also endanger children, the American Academy of Pediatrics said. “The Trump Administration’s decision to withdraw from the WHO carries grave risks for the world’s children during an unprecedented global health crisis. The decision to withdraw risks causing a surge in polio cases and an increase in deaths of children from malaria, and it will further delay life-saving vaccination campaigns,” Mark Del Monte, CEO of the American Academy of Pediatrics, said in a statement.
“Withdrawing support from the WHO not only harms the global response against COVID-19 and prevents the United States from engaging the agency to enact meaningful reforms, but undermines the response to other major health threats impacting children. The American Academy of Pediatrics urges the administration to reconsider its position and continue to work with the WHO to combat COVID-19 and promote the health of children globally.”
The decision “serves no logical purpose,” American Medical Association President Dr. Patrice Harris said.

Trump cuts ties with WHO: a sign of poor leadership?

Writing in the New York times, Congressman from Texas Will Hurd believes that the ending of the US relationship with WHO is a sign of poor leadership.

He says that President Trump’s recent decision to terminate America’s role in the World Health Organization will have devastating effects on global health, and it will benefit the Chinese Communist Party. He further adds that throughout the Covid-19 crisis, the C.C.P. has pursued an aggressive messaging and disinformation campaign with twin goals: to restore its own image after a botched response to the pandemic and to sow discord among European nations about American commitment abroad. Moreover, leaving the W.H.O. sends the message that the world cannot count on the United States.

He claims that this pandemic has caused damage globally but the world will recover, adding that viruses do not respect borders and urging President Trump to take this into account and change his position on America’s role in the W.H.O.

Trump cuts ties with WHO: decision to have global ramifications

Trump initially suspended funding to the WHO last month, accusing it of not doing enough to curb the early spread of the virus and being too lenient with China, where the virus emerged late last year.

On Friday he made that decision permanent in a major blow for the UN agency’s finances, as the United States is by far its biggest contributor, pumping in $400 million last year.

“Because they have failed to make the requested and greatly needed reforms, we will be today terminating our relationship with the World Health Organization,” Trump told reporters.

The Republican leader said the US would be redirecting WHO funds “to other worldwide and deserving urgent global public health needs.”

“The world needs answers from China on the virus. We must have transparency,” Trump said.

Beijing has furiously denied US allegations that it played down or even covered up the threat from the virus after it was detected in the Chinese city of Wuhan in December, insisting it has been forthcoming. However, Trump still cut ties with WHO, signalling his unwillingness to listen to the Chinese perspective.

People around the world living in agony, uncertainty amid raging pandemic

Populations are now learning to adjust to life with the long-term threat of infection as the virus continues its march around the globe and a vaccine remains elusive.

As the disease spreads across South America, the poor have been hit hard in countries like Brazil, which now has the second highest number of cases in the world after the United States.

Lockdowns have interrupted the meager services many depend on, such as school lunches for hungry children and water deliveries.

“In 26 years, I’ve never seen so many people living in fear, so many people going hungry,” said Alcione Albanesi, founder of charity Amigos do Bem, which distributes supplies to communities in the hot, dry and impoverished Sertao region of Brazil’s northeast.

“Everything has ground to a stop. But hunger doesn’t stop.”

The surge in the Americas comes as the number of infections continues to fall in much of Europe, which is pressing on down the path to economic re-opening after months of crippling lockdowns.

The US also recently passed the grim landmark of 100,000 deaths due to the pandemic, the news of which was broken amid condolences from the President and Vice-President.

Italy’s iconic Leaning Tower of Pisa is set to open Saturday, cinemas will reopen in Austria, and parks are scheduled to throw open their gates in Paris.

Tourism-dependent Greece said it will restart its two main airports for arrivals from 29 countries from June 15 as the summer travel season picks up. But some European nations hard hit by the virus are not on the list, such as France, Spain, Britain and Italy.

In Austria, hotels were on Friday allowed to take in tourists again under special guidelines, provided masks are worn.

“It’s of course a lot more effort now. But the most important thing is that guests return,” Gilbert Kratschmann, marketing manager at the Das Triest boutique hotel in Vienna, told AFP.

Turkey too moved ahead with easing its restrictions as mosques opened for the first time in months, drawing hundreds of worshippers in masks for mass prayers in Istanbul.

And Denmark said it would reopen its border to visitors from Germany, Norway and Iceland from June 15, although Britain and the rest of the European Union will have to wait a few more months for access.

Across the Atlantic, the US capital Washington resumed outdoor dining with social distancing precautions in place, and in New York Governor Andrew Cuomo said the state was “on track” to begin reopening in the week of June 8, even as the death toll in the US spiked again by 1,225 on Friday.

In Asia, Pakistan’s reopening of the lockdown it had imposed since Early March saw a huge spike in cases, with the total number of confirmed cases in the country in excess of 66,000.

Coronavirus: an account of the havoc wreaked so far

The pandemic has since claimed almost 364,000 lives globally and the number of cases is nearing six million.

The economic damage from weeks of lockdowns continues to pile up, with Chile taking out a two-year $24 billion credit line with the IMF Friday to tackle the virus fallout.

India’s economy grew at its slowest pace in two decades in the first quarter, and Canada and Brazil also said their GDP figures shrank.

Germany and the European Commission meanwhile reached agreement on a giant Berlin-funded rescue plan for virus-hit Lufthansa, a commission spokeswoman and a source close to the negotiations said.