Trump Insists Mexico Will Pay for Wall After U.S. Begins the Work 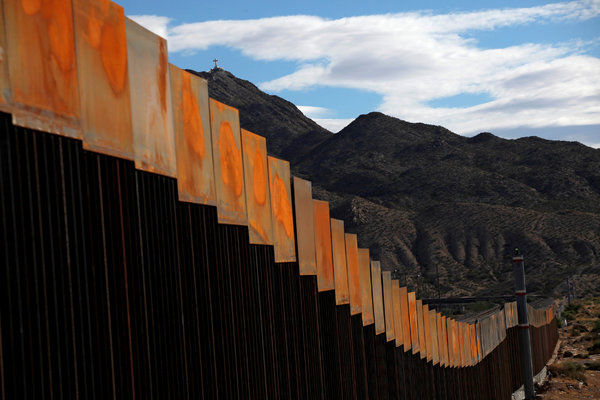 WASHINGTON — As congressional Republicans on Friday discussed quickly moving ahead with plans for a southern border wall using money included in this year’s spending bills, President-elect Donald J. Trump insisted that Mexico would ultimately pay for its construction. “We’re going to get reimbursed,” Mr. Trump said during a brief telephone interview. “But I don’t want to wait that long. But you start, and then you get reimbursed.” The congressional Republicans’ talk led to speculation that Mr. Trump was retreating on his campaign promise to make Mexico pay for the wall. Mr. Trump insisted he is not. Republicans have balked at increases in domestic spending during the Obama administration and are unlikely to enthusiastically rally behind a proposal that could require billions of taxpayer dollars. Building a wall to keep out unauthorized immigrants could also face intense opposition from a bipartisan coalition in Congress that argues that a vast barrier along the border would be ineffective in stopping people who are determined to enter the country illegally and would represent a symbolic affront to the idea that the United States is a welcoming country that embraces immigration.
To access the complete article, please use this link: The New York Times

Trump on the wrong side of history