Trump is finished with the Afghan war 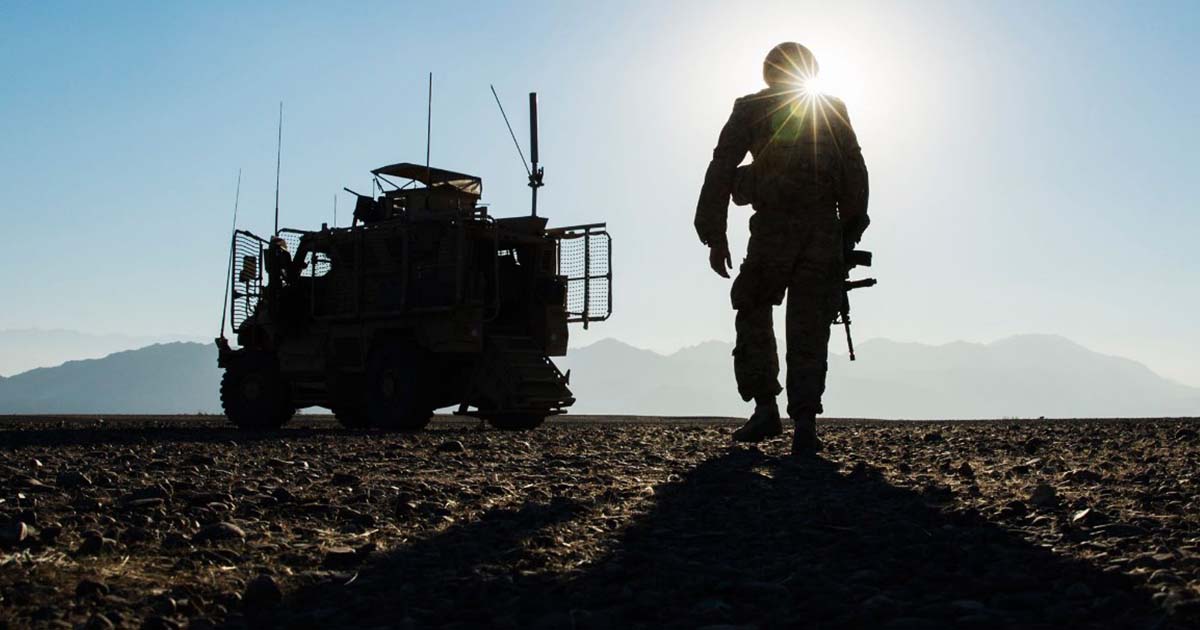 There could be several ways of interpreting the US State Department’s decision on Tuesday to designate the Baloch Liberation Army (BLA) as a Specially Designated Global Terrorist, which imposes economic sanctions on the group and anyone affiliated with it. What is absolutely certain is that this is by no means an altruistic decision by Washington.

The BLA is based in Afghanistan and has been waging a violent armed struggle against Pakistan for the past decade and a half upholding the right of self-determination of the Baloch people and demanding the separation of Balochistan province from Pakistan, apart from being involved in ethnic-cleansing of non-Baloch minorities in Balochistan.

Curiously, the BLA’s timeline (starting from 2004) has been co-terminus with the US’ occupation of Afghanistan. It is inconceivable that the US and NATO forces in Afghanistan were unaware of the BLA’s subversive activities or who were its mentors. Islamabad has been shouting and screaming from the rooftop all this while that its adversaries exploited the group as a proxy to destabilise Pakistan.

Ghani’s government lacks legitimacy but the holding of presidential election in September, as planned, depends heavily on a settlement with the Taliban.

Put differently, the timing of the State Department decision banning the BLA is noteworthy. Why now, at this juncture?

These are extraordinary times when almost anything and everything that the US does in the Greater Middle East would have an eye on Iran with which it is locked in an epochal rivalry. Can it be that by making this gesture, Washington hopes to recruit Pakistani military and intelligence to strengthen further its ‘maximum pressure’ strategy against Iran? The possibility cannot be ruled out.

Of course, this is not to suggest that Pakistan will make hostile moves against Iran. Although Pakistan-Iran relations have been highly problematic through the past four decades since the 1979 Islamic Revolution, and their mutual animosity kept frothing from time to time, things never reached a flashpoint as both sides observed certain ground rules of how far to go and what not to do. In the present context, Pakistan will take utmost care not to get entangled in the US-Iran standoff.

Having said that, there is a vital US-Pakistani convergence over Iran that cannot be overlooked, either. That is when it comes to the Afghan situation. Iran has made it clear that if the US attacks it, it will retaliate against American assets all across the region. There have been two statements at least by senior US officials lately that Iran is moving against American assets in Afghanistan. Iran, of course, has stoutly rejected the allegation, but the US is paranoid — and not without reason.

The point is, apart from the traditional links with the Shi’ite groups in Afghanistan, Tehran also has dealings with the Taliban. Coincidence or not, Washington moved against the BLA within days of an incident in the eastern Afghan province of Wardak on June 26 in which two US soldiers were killed by the Taliban in an ambush.

The incident took place only a day after after Pompeo stopped in the Afghan capital, Kabul, for daylong talks with Afghan President Ashraf Ghani as well as other senior leaders and opposition politicians to discuss two topics, namely, the US’ ongoing efforts to reach a peace agreement with the Taliban and the potential that Iran has to carry out actions that would jeopardize the US exit strategy out of Afghanistan. (Read a report in the Geopolitics magazine entitled Two Topics Dominating Pompeo’s Visit to Afghanistan.)

Washington’s best hope will be that Pakistan will keep an eagle’s eye to ensure that the terrorists from Afghanistan will not come visiting the US.

In fact, the US apprehends that an extremely dangerous situation is arising in Afghanistan even as the withdrawal of American troops accelerates. President Trump disclosed in an interview this week with Tucker Carlson on FOX television that the US troop level has come down to 9000 from 16000 already. Trump made no bones about the fact that he is finished with the war in Afghanistan.

At one point in the interview, Trump bursts out, “I’d like to just get out.” Trump claims that he intends to keep a “very strong” intelligence presence in Afghanistan. He couldn’t care less anymore whether there will be a broad-based government in Kabul or a Taliban takeover. He’s well past that point of agonizing. At one point, Trump implied to Carlson — who also happens to be an inveterate critic of America’s “endless wars” — that he no longer trusts the judgment or integrity of the military commanders. (By the way, Carlson accompanied Trump to the meeting with North Korea Kim Jong-Un in Panmunjom while NSA John Bolton was sent away to Mongolia.)

This is where Pakistani help becomes critical. Ghani’s government lacks legitimacy but the holding of presidential election in September, as planned, depends heavily on a settlement with the Taliban. The US expects Pakistani help in three directions: one, persuading the Taliban to reach an agreement at the Qatar talks without any further delay; two, enabling the US to withdraw the troops expeditiously and in an orderly fashion; and, three, creating politico-security conditions to facilitate a peaceful transfer of power in Kabul. Of course, it is a tall order.

Read more: US does not want an end to Afghan war

The Americans know that Iran can escalate in Afghanistan anytime it wishes. Afghanistan falls within the domain of the elite Quds Force of Iran’s Islamic Revolutionary Guard Corps, commanded by the legendary general Qassem Soleimani who was the bête noire of the US and Israel in Iraq and Syria. Of course, if Soleimani creates a hopeless situation like in Vietnam (which forced the US into a humiliating retreat from the rooftop of the American embassy in Saigon), that will be highly damaging for Trump politically in the midst of his campaign for the 2020 election. And that is precisely why Trump is impatient to cut loose and get out from Afghanistan without even waiting for the implementation of any peace agreement with the Taliban.

All this should be a morality play for the Indian strategists and policymakers as they pick up the debris of their own Afghan policies and its $2 billion price tag, which has been predicated so heavily through the past decade and a half on the US strategy. Equally, this should be a wake-up call for the Indian lobbyists who still want to bandwagon with the US in other regional theatres such as Sri Lanka, the Maldives or Nepal. (See blog US eyes Sri Lanka as its military logistics hub.)

For sure, the Afghan war has not ended. Trump recalled poignantly that the 9/11 attacks were not staged by Afghans but the Hindu Kush provided the plotters a “lab for terrorists”. Now, the US can only take the word of the Taliban that such a thing will not repeat. Washington’s best hope will be that Pakistan will keep an eagle’s eye to ensure that the terrorists from Afghanistan will not come visiting the US.

Read more: US takes leap of faith toward Taliban, al-Qaeda

In turn, that is going to create interdependency between the US and Pakistan. The IMF bailout, ban on the BLA, the near-certainty that Pakistan is off the hook at the upcoming plenary of the Financial Action Task Force, an official visit by Prime Minister Imran Khan to the White House  — these are for the starters from the US side. Pakistan is highly experienced in dictating the terms of engagement with the US.