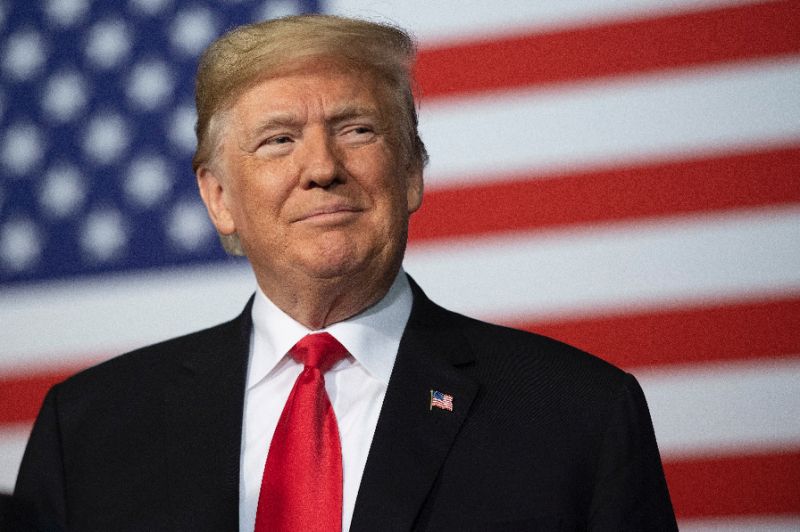 Donald Trump rails on an almost daily basis against the federal probe into whether his campaign colluded with Russia to get him elected to the White House. But the investigation by former FBI director Robert Mueller into the 2016 election is just one of many ongoing inquiries into Trump, his businesses and his associates.

Trump’s ex-national security advisor, retired lieutenant general Michael Flynn, appeared in court on Tuesday for sentencing after pleading guilty to lying to the FBI. And New York’s attorney general announced that Trump’s personal charity, the Trump Foundation, had agreed to shut down amid a lawsuit accusing it of engaging in illegal activity.

Trump agreed to shut down his personal charity, the Trump Foundation, after it was targeted in a lawsuit by the New York attorney general.

Exactly how many investigations target Trump is subject to interpretation because many of the probes overlap with others or have spun off in different directions. But the scrutiny is extensive. And that’s before a Democratic-controlled House of Representatives convenes in January with wide-ranging powers to dig into Trump’s affairs.

Whether Trump could personally face charges while in the White House is a matter of debate — legal experts are divided on whether a sitting president can be indicted. The following are the main investigations facing Trump as he approaches two years in office.

The core focus of the Special Counsel’s probe is whether there were “any links and/or coordination between the Russian government and individuals” associated with the Trump campaign. While Mueller has yet to file any charges alleging outright collusion between the campaign and Moscow, the probe has led to a host of indictments and guilty pleas.

One focus of the probe is a June 9, 2016 meeting at the Trump Tower in New York in which a Russian lawyer was to offer dirt on Democratic nominee Hillary Clinton. The meeting was attended by Trump’s campaign chairman, Paul Manafort, his son Donald Jr., and son-in-law Jared Kushner.

Mueller is also looking into whether WikiLeaks’ Julian Assange coordinated his leaks of stolen Democratic Party emails with Trump campaign advisor Roger Stone. Twenty-five Russians and three Russian companies have been indicted for interfering in the 2016 election.

Manafort was convicted of tax evasion and other charges related to his consulting work for pro-Moscow politicians in Ukraine between 2004 and 2014. Flynn and George Papadopoulos, an advisor to the campaign, pleaded guilty to lying to FBI agents about their contacts with Russians and have been cooperating with Mueller.

Read more: Trump’s “Shock & Awe Strategy” may make his the shortest US…

Papadopoulos was given 14 days in prison, while Flynn’s sentencing was delayed until March. Michael Cohen, Trump’s personal lawyer, was ordered to spend three years in prison after pleading guilty to tax evasion, providing false statements to a bank, campaign finance violations and lying to Congress.

Cohen admitted lying to Congress about talks to build a Trump Tower in Moscow, acknowledging the negotiations continued well into the 2016 election campaign.

Prosecutors have described the payments as illegal campaign contributions intended to influence the election and Cohen said they were made “in coordination and at the direction” of Trump. The president has said he did not instruct Cohen to break the law and has sought to pin the blame for the payments solely on his long-time “fixer.”

Read more: Trump’s presidency will be short-lived: Predicts US Historian

One avenue of the Mueller probe is whether Trump obstructed justice by abruptly firing then FBI director James Comey and asking him to shut down an investigation into General Flynn. Trump dismissed Comey in May 2017 while he was investigating Russian meddling in the 2016 election, a probe that was eventually taken up by Mueller.

According to The Wall Street Journal, federal prosecutors in New York are investigating whether Trump’s inaguration commitee misspent some of the record $107 million it received in donations. The newspaper said prosecutors were looking into whether some donors gave money in exchange for access to Trump administration officials.

Profiting off his Businesses

One of the cases facing the president is linked to his Trump International Hotel in Washington and an obscure provision in the US Constitution known as the Emoluments Clause, which forbids office holders from accepting money from foreign entities.

The president has said he did not instruct Cohen to break the law and has sought to pin the blame for the payments solely on his long-time “fixer.”

The attorney generals of Maryland and Washington have sued Trump arguing he is in violation of the clause because his hotel does business with foreign governments. Trump has turned over operations of his real estate empire to his sons and has pledged while in office to donate revenue from foreign governments to the US Treasury.

Read more: Trump presidency is like a rudderless ship after Bannon’s exit

Trump agreed to shut down his personal charity, the Trump Foundation after it was targeted in a lawsuit by the New York attorney general. State attorney general Barbara Underwood filed a lawsuit against the foundation in June, accusing it of “persistently illegal conduct” to advance Trump’s business and political interests.

The suit named Trump, sons Don Jr and Eric and daughter Ivanka, who were on the foundation board. The suit, which will move forward despite the agreement dissolving the charity, seeks $2.8 million in restitution and to bar Trump, Don Jr, Eric and Ivanka from serving on the boards of other New York non-profits.

In the wake of a New York Times expose about alleged tax evasion by the Trump family, New York state tax authorities said they were looking into the matter. According to the Times, the Trump family managed in the 1990s to avoid paying taxes on hundreds of millions of dollars through “outright fraud” in some cases.