Other countries must fight their own battles against jihadists: Trump

Saying the he had wiped out the Islamic State in record time and was decreasing military presence around the world, he said that now countries like Russia, Afghanistan, Iran, Iraq, Turkey must take the fight ahead on their own. But he also pointed to Pakistan and India as having done too little. 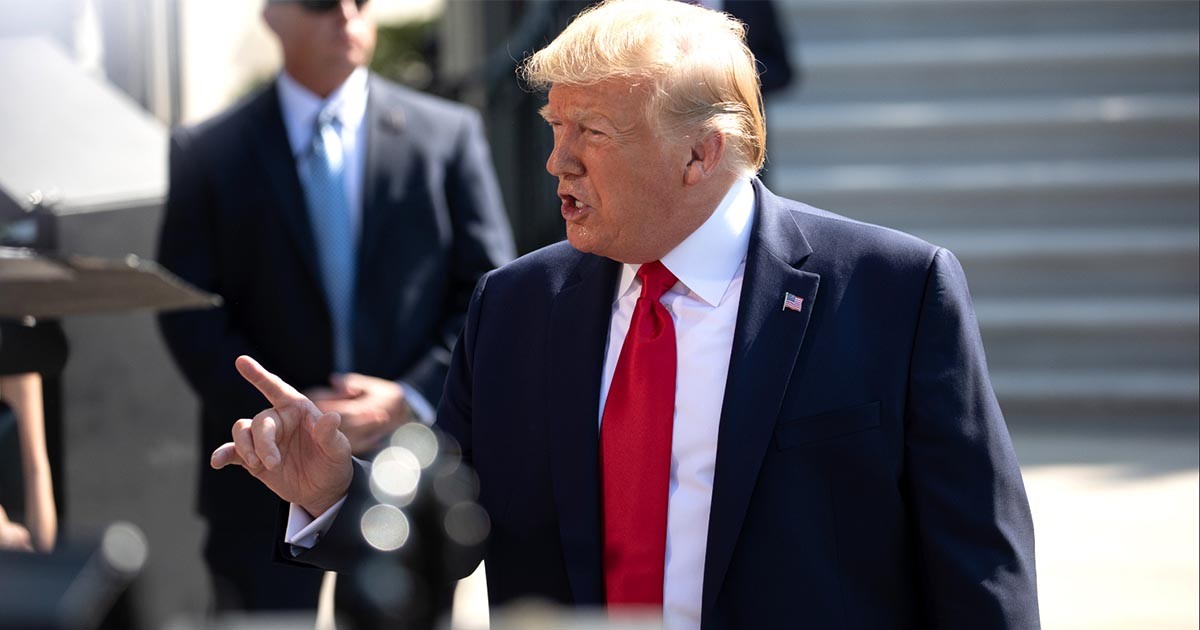 US President Donald Trump said Wednesday that other countries must assume the battle against Islamic extremists as the US negotiates a withdrawal from Afghanistan. He also warned Europeans to take back nationals captured fighting for the Islamic State, or he will release them back to their countries.

Asked by journalists if he is concerned about the reemergence of the Islamic State group in Iraq, Trump said forces under his lead had wiped out the extremists’ caliphate. “At a certain point Russia, Afghanistan, Iran, Iraq, Turkey, they are going to have to fight their battles too.”

Trump, meanwhile, assailed France and Germany for not repatriating citizens who had fought with Islamic state and are now being held in camps in Syria.

“We wiped out the caliphate 100 percent. I did it in record time. But at a certain point, all of these other countries, where ISIS is around … are going to have to fight them. Because do we want to stay there another 19 years? I don’t think so.”

He singled out India and Pakistan as frontline countries that are doing little to fight jihadist groups.

“Look, India’s right there, they are not fighting it, we’re fighting it. Pakistan is next door. They’re fighting it, very little…. it’s not fair. The United States is seven thousand miles away,” he told reporters.

The Trump administration has reduced the US military presence in Syria and Iraq and is negotiating a US withdrawal from Afghanistan with the Taliban insurgents. But defense experts warn that a vacuum left by the United States could allow an extremist resurgence.

Donald Trump said that other countries must assume the battle against Islamic extremists as the US negotiates a withdrawal from Afghanistan.

A recent Pentagon report said that the Islamic State is reforming and launching attacks after losing their hold on physical territory in Iraq and Syria. Trump, meanwhile, assailed France and Germany for not repatriating citizens who had fought with Islamic state and are now being held in camps in Syria.

Read more: Iraqi jails feared to be once again oozing out Jihadists

“We’re holding thousands of ISIS fighters right now. And Europe has to take them,” he said. “If Europe doesn’t take them, I’ll have no choice but to release them into the countries from which they came. Which is Germany and France and other places.”

“We captured them, we’ve got thousands of them, and now as usual our allies don’t want ’em,” he said. “The United States is not going to put them in Guantanamo for the next 50 years and pay for it.”

Previous articleTeach your kids about religious diversities!
Next articleNo interest in talks if US ‘hostile military moves’ continue: N. Korea

Khawaja knock ‘one of the great Test innings’, says Paine

UN report highlights US as “Joker” on climate change