Since there is no direct roadmap to bring Iran to comply with the U.S demands, threats of an armed confrontation are increasing with every passing day. 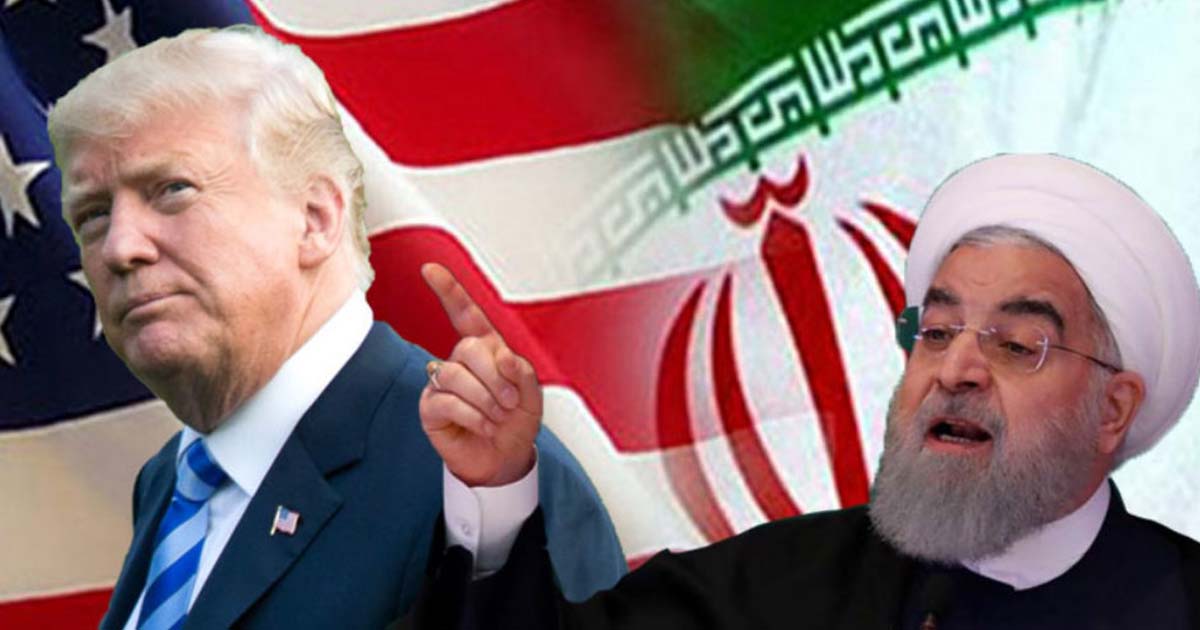 U.S President Donald Trump has snubbed New York Times for reporting that the administration is forming up nearly 120,000 U.S troops to send them at sea in the wake of the plausible Iranian threat to major shipping route in the Strait of Hormuz.

“I think it’s fake news, OK? Now, would I do that? Absolutely. But we have not planned for that. Hopefully, we’re not going to have to plan for that. And if we did that, we’d send a hell of a lot more troops than that,” – Trump told reporters at the White House.

Last week, as reported exclusively by the New York Times, in a meeting attended by top security aides to President Trump, including National security advisor John Bolton and CIA director Gena Haspel, acting Defense Secretary Patrick Shanahan, presented an updated military plan to counter the Iranian threat. The report caused uproar due to its striking resemblance, similar no. of proposed troops, with the invasion of Iraq based on hoax intelligence.

We need to do a thorough investigation to understand what happened, why it happened, and then come up with reasonable responses short of war.

Ever since the Trump administration has pulled the United States out of Joint Comprehensive Plan of Action or Iran nuclear deal, it has also made sure that Iran must be choked, economically, to be coerced into carrying out of strategic string-pulling in the Middle East. Initially, some close international allies could buy Iranian oil but even they were given an ultimatum to find alternatives in the meanwhile.

Consequently, Iran’s economy started to suffer as pre-2016 times and the country’s top political and military brass gave out statements which clearly depicted the desperation among the power circles of Iran. Most audacious, yet repeated, assertion came from Revolutionary Guards Corps which threatened to block the Strait of Hormuz which facilitates nearly 30% of global oil supply involving key Gulf allies of the United States, if Washington continued to bully Iran with sanctions.

Miscalculation can lead to Disaster

Recently several vessels including the Saudi oil tankers were attacked near the coast of United Arabi Emirates at Fujairah which rang alarm bells of a possible Iranian hand behind the incident. The United States speculates the same, but it has not been able to substantiate the claim and pin it to Tehran.

Though the matter is under investigation, it seems as if the U.S has already made up the mind to implicate Iran, for it  is evident from the U.S Ambassador to Saudi Arabia’s statement which said; “We need to do a thorough investigation to understand what happened, why it happened, and then come up with reasonable responses short of war.”

Iran has come clean regarding the incident, calling it “outrageous” and demanding investigation, but events like these could be used as a pretext of military operation by U.S Navy.

A ground assault is out of the question due to logistic constraint but U.S naval force in the region is more than sufficient to neutralize the threat, as per the U.S assessment.

Is the United States Ready for Another Adventure?

USA has recently deployed B-52 bombers and missile defense batteries in the gulf for the sake of projecting its military muscle as a deterrent to keep Iran from any adventure. Although President Donald Trump has declined that currently no plan is under consideration but if need be, he would send far more troops than reported.

Amidst the scenario, where Donald Trump pulled U.S troops out of Syria haphazardly to the surprise of his own aides and looking to do the same with the remnant forces in Afghanistan, the question remains; does the United States has the appetite for yet another adventure?

Experts believe that Tehran does not think so which might encourage Iranian troops to test the water leading to a military combat in Hormuz. But no matter the cost, the United States would not stay idle and respond promptly if that happens. A ground assault is out of the question due to logistic constraint but U.S naval force in the region is more than sufficient to neutralize the threat, as per the U.S assessment.,

Previous articleWhatsApp hijacked: Your data may be stolen
Next articleGovernors of State Bank – Farid A Malik

25 September 2021
Previous articleWhatsApp hijacked: Your data may be stolen
Next articleGovernors of State Bank – Farid A Malik

Why Trump is so adamant for the Wall?