US President Donald Trump relaunched a major trade offensive against Europe on Wednesday, threatening to hit the EU with damaging auto tariffs if Europeans failed to agree a long-delayed trade deal. 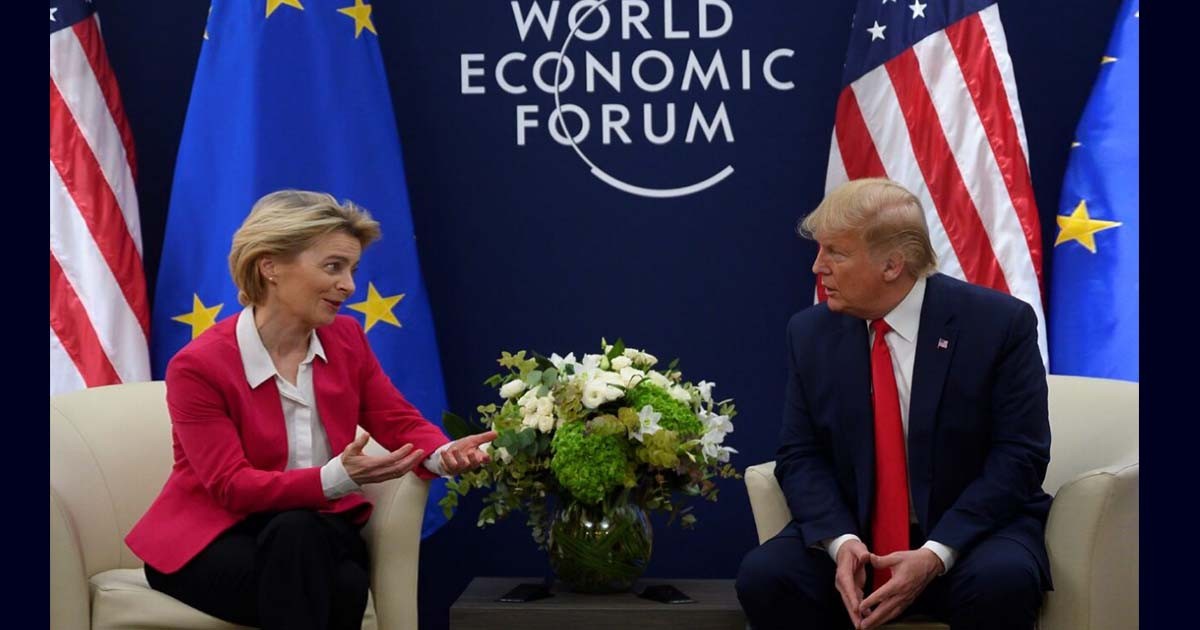 US President Donald Trump relaunched a major trade offensive against Europe on Wednesday, threatening to hit the EU with damaging auto tariffs if Europeans failed to agree a long-delayed trade deal.

“The European Union is tougher to deal with than anybody. They’ve taken advantage of our country for many years.” Trump told Fox Business News on the sidelines of the World Economic Forum in Davos.

“Ultimately, it will be very easy because if we can’t make a deal, we’ll have to put 25 percent tariffs on their cars,” he added.

Tough words from Trump raise prospect of a trade war with the EU before the dispute with China is fully settled https://t.co/5NUYUKNNtv

Trump added that his attention would now to turn to Europe, after he sealed a trade truce with China after several years of a trade war that destabilised the world economy.

Trumps comments followed a warning by US Treasury Secretary Steven Mnuchin that Washington would deliver on long threatened auto tariffs if Europeans go through with a digital tax that mainly targets US firms.

“If people want to arbitrarily put taxes on our digital companies we will consider putting taxes arbitrarily on car companies,” Mnuchin told a panel at the four-day talk-fest.

EU-US trade relations deteriorated soon after Trump came to power three years ago and declared a war against the yawning trade deficit with Europe.

The earliest transatlantic skirmish came when Trump imposed tariffs on steel and aluminium imports, notably from the EU, which responded by taxing iconic US products, including denim jeans and motorcycles.

Trump then threatened duties on European cars, which is of particular concern to Germany, but has so far backed down under the pressure of US lawmakers.

NEW: Sajid Javid defies US trade war threat as he vows to push ahead with digital services taxhttps://t.co/NARyKE9kc1

The US and EU agreed to pursue a trade deal in July 2017 as a tentative truce, but negotiations have stalled over farming.

A French diplomatic source said over the weekend that French President Emmanauel Macron and Trump agreed in telephone talks to give negotiations a chance to avoid “a trade war that will benefit no one”.

Washington had also moved this month to ease tensions on other trade fronts.

The US Senate this month voted to approve a new trade agreement linking the United States, Canada and Mexico. The United States and China also signed a long-awaited, if partial, deal to ease trade frictions.

Previous articleHow is Qatar countering the spread of Fake News?
Next articleUzma Bukhari receives a truck of flour sacks at residence

27 September 2021
Previous articleHow is Qatar countering the spread of Fake News?
Next articleUzma Bukhari receives a truck of flour sacks at residence

India, a colossal washout in US versus China showdown