E-cigarettes have been available in the US since 2006 and are sometimes used as an aid to quit smoking traditional tobacco products like cigarettes, but are also hugely popular among adolescents 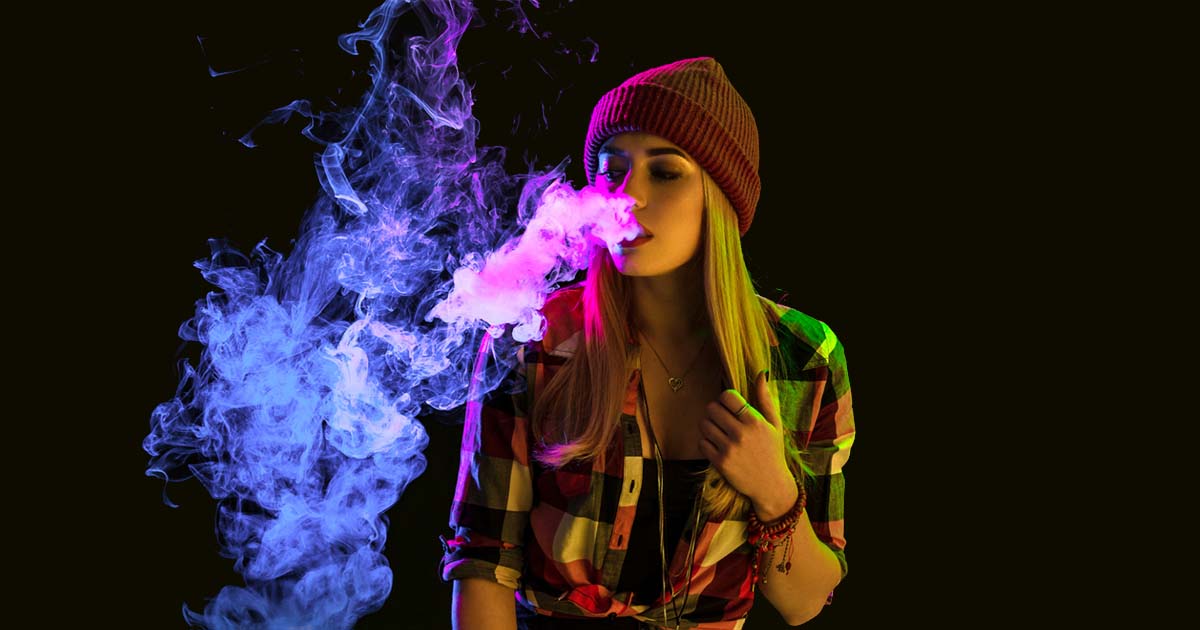 Donald Trump on Wednesday announced his administration was considering a ban on flavored vaping products, amid a growing outbreak of severe lung disease linked to e-cigarette use that has claimed six lives.

President Trump on vaping: "We can't allow people to get sick and we can't have our youth be so affected. That's how the the First Lady got involved. She's got a son, together, that is a beautiful young man and she feels very, very strongly about it." https://t.co/bsOvmK11Bs pic.twitter.com/IzK91Ubxwd

Authorities “may well have to do something strong about it,” the president told reporters at the White House, where he was accompanied by Health and Human Services Secretary Alex Azar and acting Food and Drug Administration head Norman Sharpless.

Some 3.6 million middle and high school students used vaping products in 2018, an increase of 1.5 million on the year before.

Trump added that First Lady Melania Trump had been involved in the discussions because: “She’s got a son … she feels very strongly about it.” Azar, whose agency oversees the FDA, said it would be several weeks before guidance would go out on flavored e-cigarettes.

The FDA took over regulatory authority for electronic nicotine delivery systems, including e-cigarettes, in 2016, and has the power to issue recalls.

In addition to six deaths, more than 450 people who reported vaping either nicotine, cannabis products or both have fallen ill in recent months, with symptoms including breathing difficulty and chest pain before some were hospitalized and placed on ventilators.

Several teens across the country have been placed in medically induced comas including one whose doctors said he may require a lung transplant if he recovers.

The Centers for Disease Control and Prevention has urged people to cease vaping while the investigation is underway.

E-cigarettes have been available in the US since 2006 and are sometimes used as an aid to quit smoking traditional tobacco products like cigarettes, but are also hugely popular among adolescents, who makers have targeted with fruit and candy flavorings.

Some 3.6 million middle and high school students used vaping products in 2018, an increase of 1.5 million on the year before. The Centers for Disease Control and Prevention has urged people to cease vaping while the investigation is underway.

Federal authorities have yet to identify a single substance common to all cases, but New York’s health department is focusing its probe on counterfeit cannabis cartridges containing vitamin E oil which is harmful when inhaled.

The FDA on Monday warned market-leading e-cigarette maker JUUL to stop advertising itself as a less harmful alternative to smoking, saying the company had broken the law in its marketing. Shares in Altria, which holds a one-third stake in Juul, had dropped 0.8 percent by 1:30 pm following the announcement.

Who were the Russian journalists killed in the car?

The cowardice of Sharif

Has the Supreme Court just further delayed the process of justice?