US and Europe return to normal as pandemic eases

The United States and European countries are moving ahead with an easing of lockdown measures, as the worst of the pandemic is over. For the time being, scientists have also clarified that hydroxychloroquine has no medical benefits as a cure for COVID-19. Meanwhile, the virus has reached a crescendo in Latin America. 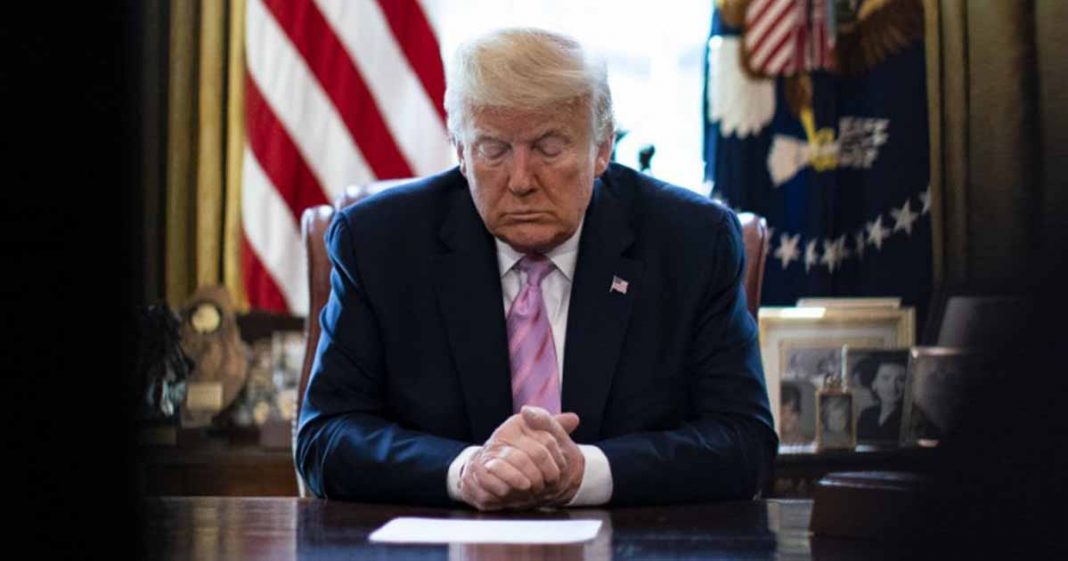 In a sign of easing tensions, economic and mental, President Donald Trump said Friday the US economy had largely made it through the coronavirus pandemic, as a top expert in France said the worst was over there and the EU looked to open its borders again. The coronavirus pandemic has wreaked havoc across the globe, and has been the bane of the global economy. COVID-19 associated lockdowns have caused a slowdown in the international economy, with experts saying that it will shrink by as much as 6% this year. Estimates do not show it recovering before 2022.

The United States is by far the worst hit by the deadly disease, which has killed over 390,000 people and infected some 6.6 million globally since it first erupted in China last year. Europe has also been badly hit, with Spain, France and Britain reporting astronomical cases. However, the US and Europe return to normal as the leadership in these countries aims to rebuild after the devastation of the virus.

Scientists are scrambling for an effective treatment and vaccine for the disease as countries ease out of lockdowns to revive their ravaged economies, while avoiding a second wave of contagion.

US and Europe return to normal: Trump wants the USA reopened ahead of elections

Trump, who is eyeing re-election in November, has repeatedly urged US states to ease shut-in measures — often against the counsel of medical experts — as he seeks to kickstart the economy, with tens of millions of jobs already wiped out.

Read more: US economy in worst times & it may not recover even after removal of lockdown

On Friday he offered some optimism on the economic front after fresh employment data showed the country gained 2.5 million jobs in May as lockdowns eased.

“We had the greatest economy in the history of the world. And that strength let us get through this horrible pandemic, largely through, I think we’re doing really well,” Trump told reporters, reiterating calls to further lift restrictions.

“We want the continued blanket lockdown to end for these states.”

More than 108,000 people have died in the US, where infections are above 1.8 million, and there are fears ongoing protests in the country over racism and police brutality could fuel the spread of the virus.

As the US leader trumpeted his country’s economic recovery, there was fresh news on the scientific front as a new trial out of the UK suggested that the controversial drug hydroxychloroquine — which Trump has taken — offered no benefit in treating COVID-19.

Taking hydroxychloroquine shortly after being exposed to COVID-19 does not help prevent infection in a statistically meaningful way, scientists reported following a clinical trial. This trial significantly casts doubts on the effectiveness of the much touted cure for Covid-19, and now the arena is wide open for researchers to come up with a vaccine for the disease that has ravaged the planet.

The medicine has been touted by US President Donald Trump, who has said he used it as a prophylaxis against the novel coronavirus.

But an experiment involving 821 people across the United States and Canada showed it did not work significantly better than a placebo for this purpose.

The study was led by a team at the University of Minnesota, and their paper was published in the New England Journal of Medicine.

As leaders look allow people to return to public life again, debate swirled on the scientific front about whether the controversial hydroxychloroquine drug should be used to treat COVID-19.

The latest major study out of Britain’s Oxford University said the drug showed “no beneficial effect” in treating the illness, after much to and fro in the scientific community about its effectiveness.

The World Health Organization said this week it was restarting trials of the drug after they were temporarily halted because of a now-retracted study in The Lancet medical journal warning of harmful side effects.

Trump said he took a course of the drug last month as a preventative measure against coronavirus, while in Brazil — which now has the world’s third highest death toll — officials have also encouraged it as a treatment.

US and Europe return to normal: EU to reopen as virus sees downward curve

In Europe, badly-hit countries slowly continued on a path toward a post-pandemic normal, many eager to revive key tourist sectors in time for the summer season.

The EU said it could reopen borders to travellers from outside the region in early July, after some countries within the bloc made the decision to open frontiers to European visitors.

“We should consider the gradual lifting restrictions on non-essential travel to the EU early July,” said Ylva Johansson, the EU’s home affairs commissioner.

Switzerland said it would be open for travellers from the EU and Britain on June 15, after Italy opened its borders to European visitors this week and Austria scrapped entry checks at its borders — except for the one with hard-hit Italy.

🇮🇹✈️ Rome may be ready to receive tourists, but some neighbours, such as Austria and Switzerland, are still imposing restrictions on people arriving from #Italy

In response to perceived anti-Italian sentiment, FM @luigidimaio's warned countries not to treat Italy "like a leper" pic.twitter.com/40kpQXLStZ

France also had positive news, with a top immunologist saying the outbreak had abated as daily deaths and new cases had fallen far below their March peaks.

“We can reasonably say the virus is currently under control,” said Jean-Francois Delfraissy, the head of the government’s scientific advisory council. This makes the case for US and Europe’s return to normal.

Latin America: the new epicenter of the pandemic

But as Europe eyed life after the pandemic, bleak numbers streamed in from Latin America, the new virus epicenter, even as US and Europe return to normal.

Brazil reported a new 24-hour record death toll bringing its total to more than 34,000, the third highest in the world after the United States and Britain, where more than 40,000 have died.

Like Trump, far-right President Jair Bolsonaro has fiercely criticized coronavirus stay-at-home measures, arguing that they are needlessly hurting the economy. Brazil is the hardest-hit country in Latin America, though the tolls are also rising sharply in Mexico, Peru, Ecuador and Chile.

Mexico reported a record number of new infections for the second straight day, with 4,442. And in Peru, desperate residents lined up to buy oxygen tanks for their loved ones, as the government declared oxygen a “strategic health resource” amid an acute shortage.

Impoverished Haiti, with its fragile health system, is also seeing worrying trends as infections and deaths rise in the face of swirling rumors and disinformation about the severity of the disease.

When 25-year-old Jonel Cadet tested positive, he said: “I didn’t believe it, and I even said the president was talking nonsense.

“It was only by coming here that I really started to believe, because I saw people who were much worse off,” he told AFP from a hospital in Cite Soleil.

Did WHO warn the world about Coronavirus?