Tensions have continuously been on rise between US and Iran since Tehran decided to disregard some parts of the nuclear deal. America has been trying to intimidate Iran with threats and upon reaction from the Islamic Republic, the US upped its game in threats to annihilation. 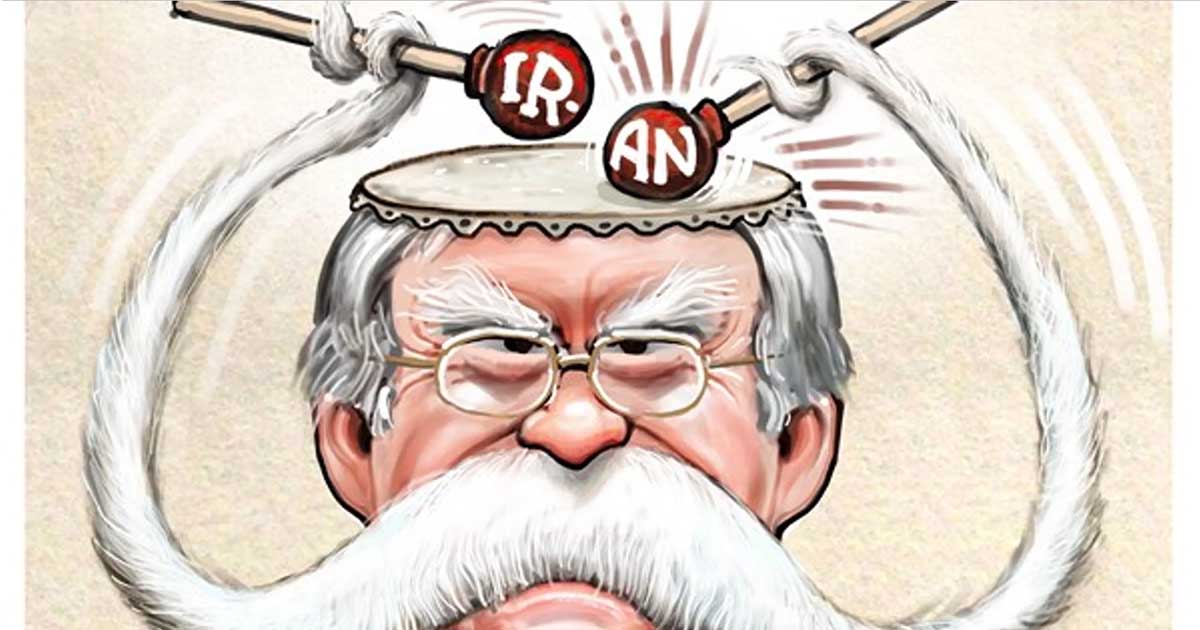 President Donald Trump issued an ominous warning to Iran on Sunday, suggesting that if the Islamic republic attacks American interests, it will be destroyed. “If Iran wants to fight, that will be the official end of Iran. Never threaten the United States again,” Trump said in a tweet.

If Iran wants to fight, that will be the official end of Iran. Never threaten the United States again!— Donald J. Trump (@realDonaldTrump) May 19, 2019

Tensions between Washington and Tehran have been on the rise as the United States has deployed a carrier group and B-52 bombers to the Gulf over what it termed Iranian “threats.” This account has been met with widespread skepticism outside the United States.

The White House has sent mixed signals in recent days, amid multiple US media reports of infighting in Trump’s cabinet over how hard to push Washington’s arch-foe Iran. The Trump administration has ordered non-essential diplomatic staff out of Iraq, citing threats from Iranian-backed Iraqi armed groups, and sent an aircraft carrier and heavy B-52 bombers to the region.

On Sunday, a Katyusha rocket was fired into Baghdad’s Green Zone housing government offices and embassies including the US mission. It was not immediately clear who was behind the attack. According to US media reports, Trump’s long-hawkish national security advisor John Bolton is pushing a hard line on Iran, but others in the administration are resisting.

Trump himself said recently that he has to “temper” Bolton. Iran’s foreign minister downplayed the prospect of a new war in the region on Saturday, saying Tehran opposed it and no party was under the “illusion” the Islamic republic could be confronted.

If Iran wants to fight, that will be the official end of Iran. Never threaten the United States again

“We are certain… there will not be a war since neither we want war nor does anyone have the illusion they can confront Iran in the region,” Mohammad Javad Zarif told state-run news agency IRNA at the end of a visit to China. Iran-US relations hit a new low last year as US Trump pulled out of a 2015 nuclear deal and reimposed unilateral sanctions that had been lifted in exchange for Tehran scaling back its nuclear program.

Read More: A year after US nuclear pullout, Iran grapples with sanctions

Saudi Arabia called Sunday for emergency regional talks to discuss the mounting Gulf tensions, saying that it does not want war with Iran but is ready to defend itself. It comes days after mysterious sabotage attacks on several tankers in highly sensitive Gulf waters and drone strikes on a Saudi crude pipeline by Yemen rebels who Riyadh claimed were acting on Iranian orders.

King Salman invited Gulf leaders and Arab League member states to two emergency summits in Mecca on May 30 to discuss recent “aggressions and their consequences”, the kingdom’s official SPA news agency reported late Saturday. Saudi Arabia’s minister of state for foreign affairs, Adel al-Jubeir, said Sunday his country does not want to go to war with Iran but would defend itself.

Saudi Arabia “does not want a war, is not looking for it and will do everything to prevent it,” he said. “But at the same time, if the other side chooses war, the kingdom will respond with strength and determination to defend itself and its interests.”

I think if we move away from the childish regimes in the region, all troubles will be settled

Oil supplies are sufficient and stockpiles still rising despite massive output drops from Iran and Venezuela, said Saudi Arabia and the United Arab Emirates said at the meeting in Jeddah.

Qatar Sunday weighed in on the escalating tensions, saying it did not believe the US or Iran wanted a war in the region. “US President Donald Trump has said he does not want war, and I do not think Iran wants war or instability in the region,” minister of state for foreign affairs Sultan al-Muraikhi told AFP on the sidelines of a Qatar Fund for Development briefing.

“I think if we move away from the childish regimes in the region, all troubles will be settled,” Muraikhi said Doha – which remains isolated by neighboring former allies in a long-running diplomatic dispute – has not yet received a formal invitation to either meeting.

Saudi Arabia, the United Arab Emirates, Bahrain and Egypt are among the countries that cut ties with Qatar in June 2017 over accusations it supports terrorism and seeks closer ties with Tehran. Four ships including two Saudi oil tankers were damaged in mysterious sabotage attacks last Sunday off the UAE’s Fujairah, near the Strait of Hormuz – a vital maritime route for oil exports which Iran has threatened to close in the event of a war.

That incident was followed by drone strikes Tuesday claimed by Yemen’s Iran-aligned rebels on a major Saudi oil pipeline built as an alternative export route if the Strait of Hormuz were to be closed. Saudi Arabia accused Tehran of ordering the pipeline attacks, targeting “the security of oil supplies, and the global economy”.

Nawaz Sharif, not army, was on forefront in Zarb-e-Azb and Raddul Fassad, Maryam Nawaz