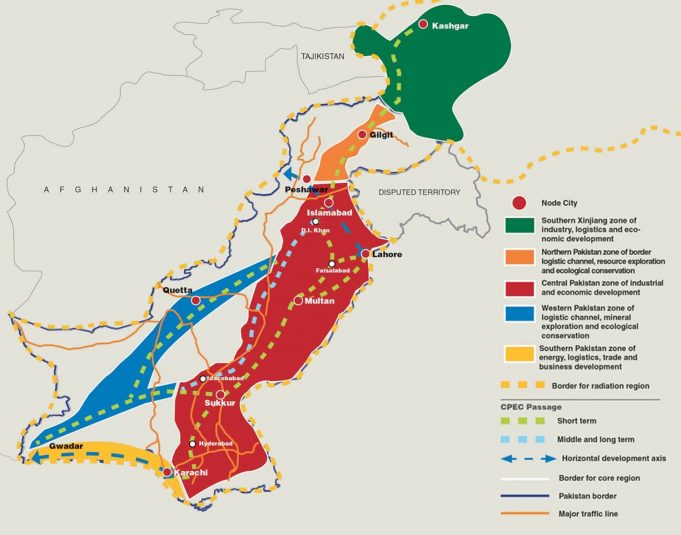 Trump recently announced his strategy for Afghanistan in a prime-time speech that was preceded by official announcements that the dispatch of approximately 4000 more troops had already been agreed upon, though the President said in his address that the US will be purposely opaque from now on in not talking about the number of troops it’ll send, its intended deadlines, or any specific battlefield plans.

The deployment of more soldiers is supposed to be a force-multiplier that’s anticipated to provide valuable back-end military assistance to the Afghan National Army, as Trump made it clear that the entire process from now on must be Afghan-led, including the political one.

To that end, he also implied that the Taliban could potentially be included in some sort of political solution, though this was likely a disingenuous statement meant to confuse the group since it’s entirely unlikely that Trump would agree with an organization that his country characterizes as a “terrorist” one to be part of that process.

However, at the same time, Trump did say that he isn’t interested in nation-building and micromanaging the war, so this might allow the US to have a so-called “face-saving retreat” by going along with the Moscow Peace Process if it decides to give up the War on Afghanistan.

That, though, doesn’t appear likely, at least not during the next four years. Trump’s new Afghan strategy is much wider than the landlocked country itself and also includes components of a reworked approach to South Asia as a whole. Trump decided to harshly criticize Pakistan and put pressure on it by using the old and discredited trope that it’s a haven for “terrorists” and uncooperative in fighting against this menace.

Read more: Khan condemns Trump; advises him to talk with the Taliban

That’s not true at all, since over 60,000 Pakistanis have died over the decades because of terrorism, and former Chief Of Army Staff Raheel Sharif’s Operation Zarb-e-Azb is the first time that a country had ever liberated all of its lands from “territorial terrorists” of the Daesh type, let alone without any foreign assistance.

Moreover, it’s ironic that Trump also requested more Indian assistance in Afghanistan, especially considering that Pakistan regularly accuses India of providing support to the Afghan-based terrorists who carry attacks out on its soil. This accusation is also backed up by the confession of arrested Indian Hybrid War operative Kalbhushan Jadhev.

Nevertheless, India does have a plan to enhance economic connectivity with Afghanistan and that’s through the development of the Iranian port of Chabahar and a multimodal road and rail network to the war-torn country, so it would be interesting to see if Trump’s stance towards Iran softens in some respects because of the irreplaceable transit role that it’s destined to play in indirectly promoting the US’ vision there.

Taken together, Trump’s new Afghan strategy is less about changing any of the battlefield dynamics there per se, though it does aim to extract some of Afghanistan’s estimated $1 trillion of minerals, and more about formalizing the US’ pivot from Pakistan to India, the latter of which became an unprecedented military-strategic partner of the US through year’s LEMOA deal and its official attendant designation as the Pentagon’s “Major Defense Partner”.

What Trump really wants to do is put multi pronged pressure on Pakistan as part of the Hybrid War on CPEC through the American-backed strategic interlinking of its Afghan and Indian neighbors, with the goal being to influence, disrupt, and then ultimately control China’s game-changing corridor to the Indian Ocean through state and non-state proxy warfare.

Below is the link of Andrew’s radio show on Sputnik in which he discusses Trump’s Afghan strategy.

Dr. Ikramul Haq - 12 May 2021
While it may be impossible for Pakistan to adopt China's lawfare model completely- given they have a one-party system, learning from their experience, we can follow a roadmap empowering the state to counter corruption successfully through creating a powerful watchdog called 'Pakistan Financial Crime Monitoring Bureau,' to catch what President Xi Jinping calls "tigers and flies" (influential higher-ups as well as lower rank public servants)