Foreign Minister Shah Mehmood Qureshi on Monday urged the US President Donald Trump to examine ground realities of the humanitarian crisis in Indian occupied Kashmir. He said that Narendra Modi has attempted to divert attention by claiming that the situation in the disputed territory remains normal 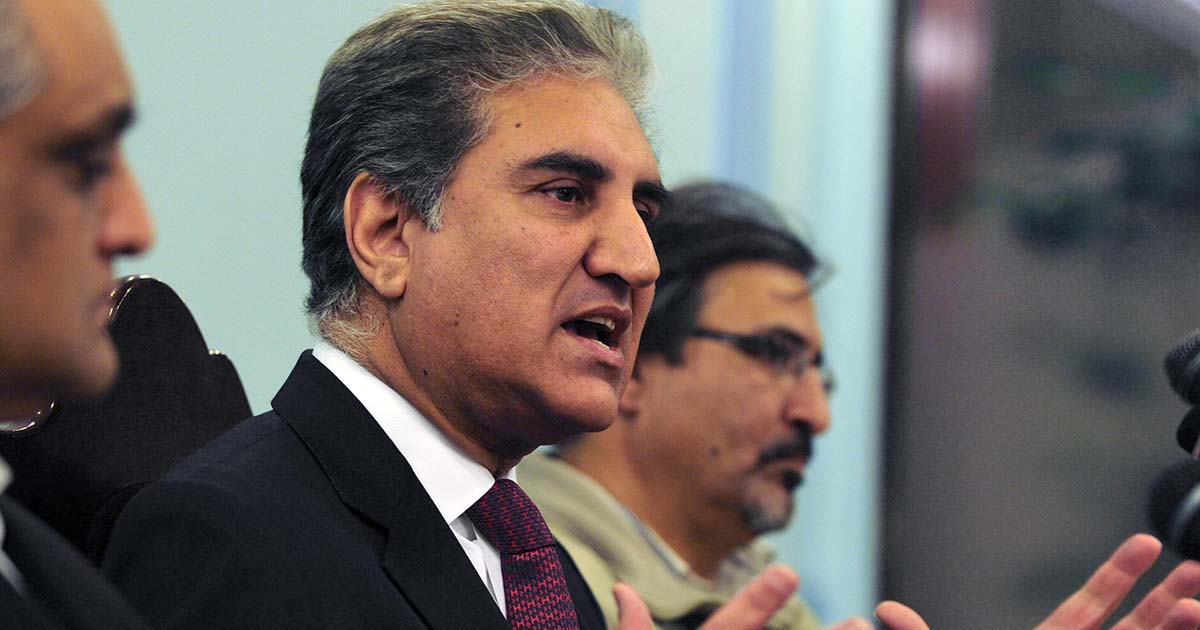 Foreign Minister Shah Mehmood Qureshi, on Monday, said that US President Donald Trump’s attention has been drawn to the “other side of the story” with regards to the ongoing humanitarian crisis in Indian occupied Kashmir.

Addressing the press after the meeting between Prime Minister Imran Khan and US President Donald Trump in New York, Foreign Minister Shah Mehmood Qureshi said that the Indian Prime Minister Narendra Modi has been showing the international community only one side of the story in occupied Kashmir, and Pakistan has drawn Trump’s attention to the other side.

Foreign Minister Shah Mehmood Qureshi said, “The Indian Prime Minister Narendra Modi is attempting to portray the issue of occupied Kashmir as a non-issue, claiming that the situation will normalize in a matter of few days. We are trying to convince them (the Trump administration) that the issue is complex and continues to get more complicated with every day.”

The Foreign Minister noted that the Pakistani delegation, led by Prime Minister Imran Khan, has “completely sensitized US President Donald Trump” over the ongoing human rights violations in Kashmir. He said, “We urged President Trump to not take the issue of Kashmir lightly. It the United States continues to exhibit an unconcerned attitude if the global community remains unconcerned, two nuclear-armed states are at a stand-off and the situation can quickly take an ugly turn.”

PM Khan will not be willing to have a dialogue with Modi even if US President Donald Trump wants him to, says Foreign Minister Shah Mahmood Qureshihttps://t.co/2rFqxlJqoX— Samaa English (@SamaaEnglish) September 21, 2019

Addressing the issue of human rights violations in the occupied Himalayan valley, the Foreign Minister said that he had himself informed the US President that all fundamental rights of the Kashmiri people are being violated.

He said, “The curfew has entered its 49th day, there is no freedom of speech, no religious freedom, the people are not even allowed to pray there, they are unable to attend schools they cannot go to hospitals, there is no internet and unprecedented casualties are occurring.”

Foreign Minister noted that the US President Donald Trump expressed his concern over the heightened human rights violations. He added that the international community must realize that New Delhi is the greatest obstacle to ushering peace and stability in the South Asian region.

The US will soon realize that without Pakistan’s regional role as a stabilizer and without addressing its core concerns vis a vis its strategic security and interests, Washington will have unpalatable choices in the region.

Qureshi said, “There are three stakeholders on the issue of Indian occupied Kashmir: Pakistan, the Kashmiri people and India.”

The Foreign Minister continued, “Pakistan and the people of occupied Kashmir have rejected New Delhi’s decision, and there is confusion over the forceful annexation in India as well as the courts have received 14 constitutional petitions challenging the move.”

The Foreign Minister also rejected the impression that Pakistan will only defend Azad Jammu and Kashmir and not the Indian-occupied region of Kashmir. He said, “We have the same bond with the people of Indian occupied Kashmir as we share with the people of Azad Kashmir.”

US Mediation & the Risk of Nuclear Warfare

Speaking to Global Village Space, Jan Achakzai, Chairman of the Center for Geopolitics and Balochistan, observed that while the Pak-India relations are engulfed in a bitter conflict, the US needs to realize the regional importance of Pakistan to secure its own interests.

Jan Achakzai said, “The US policy thinking is still stuck in the past when it comes to conflict resolution. The relations between India and Pakistan have gone from conflict management to a hot-cold conflict engagement: Balakot incident; abrogation of article 370 and downgraded diplomatic and other non-kinetic and kinetic actions including grey warfare.”

The Baloch analyst added, “The US will soon realize that without Pakistan’s regional role as a stabilizer and without addressing its core concerns vis a vis its strategic security and interests, Washington will have unpalatable choices in the region.”

Achakzai observed that Pakistan cannot allow India to violate its sovereignty once again after the Balakot incident, and any confrontation between the two countries would force the United States to intervene.

He said, “God forbid, any escalation on the kinetic ladder, will raise the cloud of nuclear warfare as Pakistan cannot allow a new normal (i.e., lowering of the threshold of its strategic red line) after the Balakot incident.”

Read more: I shudder to say ‘Genocide’ but I must: FM Qureshi worries for Kashmir

Achakzai added, “Besides, such eventuality will embroil the US. Until and a unless Washington either pushes India to resolve the issues or make Delhi enters into a meaningful dialogue with Islamabad, the US waning interest in South Asia will simply let the two neighboring countries to their own devices to fight out intractable issues—like IOK—either through a low conflict or a high intensity conflagration.”

The Baloch analyst concluded, “For now the US continues to think it can get away with by looking the other way as Delhi is marching towards its goal of notional regional hegemony.”

Pompeo warns of China risks ahead of US-India talks