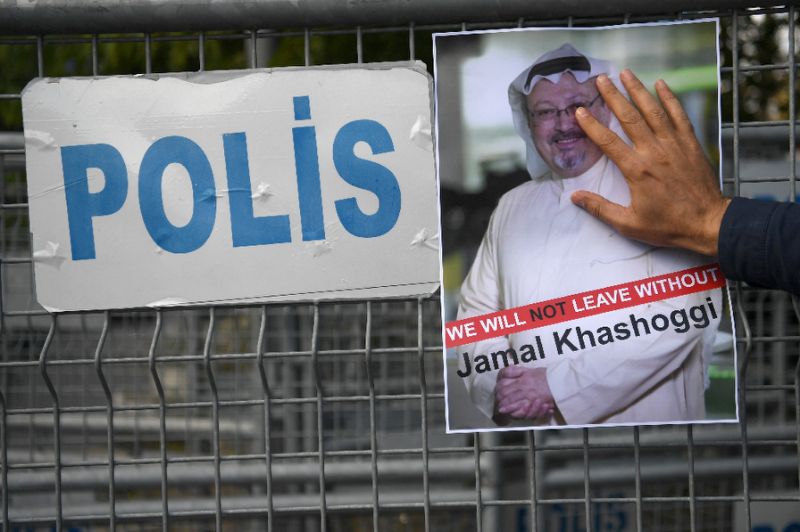 Turkey has arrested two men suspected of spying for the United Arab Emirates and is probing whether they are tied to Saudi journalist Jamal Khashoggi’s murder, Anadolu state news agency said on Friday.

The two were formally detained by Turkish authorities on Friday as part of an investigation by Istanbul prosecutors into alleged spying by the Gulf state, Anadolu reported. It did not say when they were arrested or name the two men.

A critic of the Saudi regime, Khashoggi was killed October 2 in the Saudi consulate in Istanbul by a team of 15 agents sent from Riyadh. His body has never been recovered.

Turkish President Recep Tayyip Erdogan has repeatedly said he would keep investigating Khashoggi’s death and has criticised the lack of cooperation from Riyadh.

The pro-government Turkish newspaper, Yeni Safak, reported that the two suspects were arrested on Monday in a joint operation by Turkish police and the MIT intelligence service.

The pair, both UAE citizens, had been in contact with an individual who was under surveillance in the Khashoggi case, the paper reported.

Much of the case remains unclear, including the role of Saudi Arabia’s powerful crown prince and de facto ruler, Mohammed bin Salman.

The CIA has concluded that the Saudi operation was likely directed by the powerful crown prince, but the White House has sidestepped that finding amid denials by Riyadh, a key US ally. The journalist’s murder stirred international outrage and considerably hurt the image of the crown prince.

Turkey has delicate relations with Saudi Arabia and the United Arab Emirates, two of the Arab states that imposed a blockade on Qatar, one of Ankara’s close allies.

Turkish President Recep Tayyip Erdogan has repeatedly said he would keep investigating Khashoggi’s death and has criticised the lack of cooperation from Riyadh.

Russia prepares for biggest war games in its history