Turkey's President Recep Tayyip Erdogan vowed Thursday that Ankara would start search and gas drilling in the eastern Mediterranean "as soon as possible" this year. 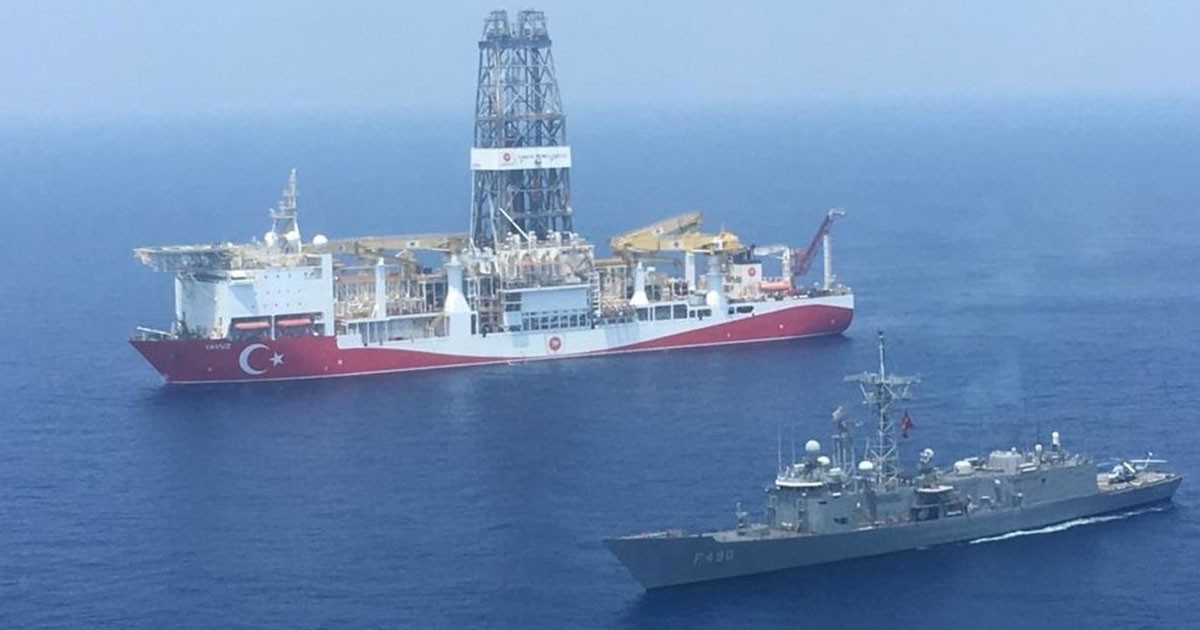 Striving to extend its influence in the eastern Mediterranean where tensions revolve around energy resources, Turkey sees Cyprus as the weakest link in a regional alliance buffering Ankara’s ambitions, analysts told AFP.

The bid comes as Turkey flexes its muscle across the Mediterranean from Libya to Syria, where Ankara has taken on diplomatic and military roles.

Although Turkish military action is not expected against Cyprus, analysts warn Ankara will increase pressure on Nicosia to deter it from completing its energy exploration plans.

“Since this has become an issue of national prestige for all parties concerned, Turkey will not back down,” said Hubert Faustmann, a University of Nicosia professor and Cyprus director of the Bonn-based Friedrich-Ebert-Foundation.

Cyprus has aligned itself with Greece, Israel and Italy in planning an ambitious 2,000-kilometre (1,250-mile) eastern Mediterranean gas pipeline to Europe despite Turkey’s hostility to the deal.

It has also joined forces with Greece, Israel, Egypt and France in condemning a maritime and security accord that Turkey signed with Libya’s UN-recognised government.

The moves come amid growing tensions with Turkey over its activities in the region, with Ankara expanding its claims over a large gas-rich area which Cyprus says includes its territorial waters.

Faustmann said Turkey has a “spoiler capacity” in delivering on its claim that the hydrocarbon exploitation by Cyprus, Greece, Egypt and Israel will not be possible without the inclusion of Ankara.

“Turkey will not lose this confrontation because it is prepared to go further than all the other countries involved in the dispute,” he told AFP.

Cyprus is divided between the Greek Cypriot-run south — an EU member state — and the Turkish Cypriot north, where Ankara has stationed tens of thousands of troops since its 1974 invasion following an Athens-engineered coup.

“Turkey’s strategy is to create grey zones and disputed territories within the economic exclusive zones claimed by Cyprus and also Greece,” said Faustmann.

He said Turkey’s agreement with Libya signed in November was likely to at least delay the multi-billion-dollar EastMed pipeline project since the pipeline would cross maritime zones claimed by Ankara.

“The pipeline will in all likelihood never be built. The biggest irony is that the most economically viable exploitation of Cypriot gas is by exporting it to Turkey,” said Faustmann.

“By putting pressure or even increasing pressure on the Cypriot front, Turkey still holds the key to the EastMed’s future,” said energy analyst Cyril Widdershoven, founder of consultancy firm Verocy.

He said Turkey “can block any agreement currently in place for offshore development” by boosting its military, navy and air force capabilities in northern Cyprus.

“Such moves are not really costly but threatening,” Widdershoven said.

In December, Turkey dispatched a surveillance and reconnaissance drone to the island’s breakaway north amid tensions over offshore oil and gas exploration.

Turkey already faces European Union sanctions over ships searching for oil and gas off Cyprus, whose government in Nicosia is not recognised by Ankara

Turkish media have also reported that Ankara plans to build a naval base in north Cyprus.

In its dispute with Cyprus over energy resources, Ankara has deployed two drillships in what Cyprus claims as its exclusive economic zone.

Turkey’s President Recep Tayyip Erdogan vowed Thursday that Ankara would start search and gas drilling in the eastern Mediterranean “as soon as possible” this year.

The next day, Ankara said a drillship would return to waters off Cyprus, prompting Cypriot accusations that Turkey had turned into “a pirate state” which ignored calls from the international community.

Turkey already faces European Union sanctions over ships searching for oil and gas off Cyprus, whose government in Nicosia is not recognised by Ankara.

“I do not believe that Turkey will escalate military moves in Cyprus. It has nothing to gain from such actions — so far it is achieving its ends without this,” he said.

Turkey insists the Turkish Republic of Northern Cyprus — recognised only by Ankara — has the right to explore in the island’s waters.

UN-backed talks on reunifying the island as a bizonal, bi-communal federation collapsed in July 2017 and have not resumed, in part because of deep divisions over offshore gas.

Israel – the new crusader state breaks out of its siege