Turkish army pull out will bring peace to Northern Syria

The Turkish troops constantly harass the local, and the only way to return peace and stability is to transfer the land under control of the Syrian government. 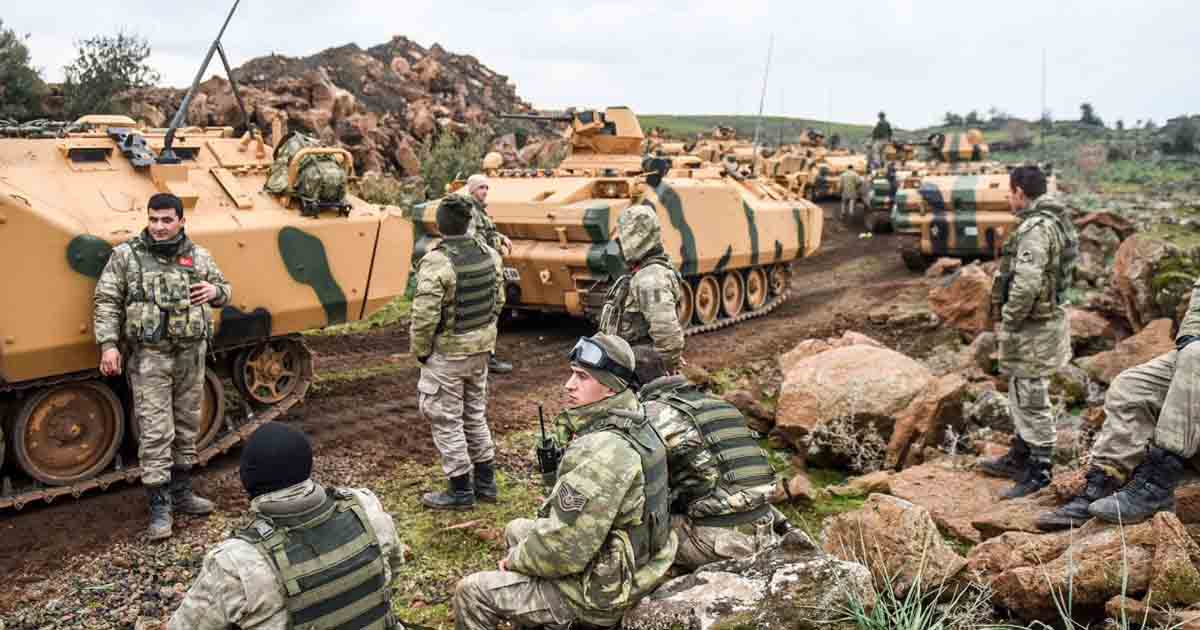 In mid-January 2018, the Turkish General Staff announced the beginning of the Olive Branch Operation. The goal was to oust the Kurds from the outskirts of Afrin, as well as to create a buffer zone along the Syrian-Turkish border.

These steps were sharply criticized by the world community but Ankara hastened to declare that the presence of its troops in Syria was temporary. Erdogan promised to return these territories to Syrians. Indeed, the fighting stopped on March 20th, 2018, after capturing Afrin, several hundred Kurds were killed and wounded. However, now it looks like Turkey is not going to leave the occupied territory.

The militants are opposed to President Assad, but after the withdrawal of the Turkish troops, Damascus will be able to establish a dialogue with FSA, as it has happened in southern Syria.

Kurdistan 24 TV channel recently published information that the Ankara is building a concrete wall around the city of Afrin to isolate it from its surroundings. “Sources on the ground in Afrin see this as another step of Turkey’s annexation of Afrin into its borders,” said Mutlu Çiviroğlu, a Syria and Kurdish affairs analyst. Though several locals support Turkish activity, it doesn’t bring peace and stability to the region. Just remember the events of the last year.

First of all, let’s notice the terrorist attacks in Afrin that have been carried out against the Turkish Forces and Free Syrian Army (FSA) units. Amongst the biggest attacks, the car bomb explosion in front of Ahrar al-Sharqiya headquarters is often mentioned. An investigation was initiated, but the responsible parties were never found. That demonstrates the support of the residence to the Kurdistan Workers’ Party.

Moreover, since the begging of the Turkish occupation, the humanitarian situation in northern Syria has deteriorated significantly. The main reason is the closure of medical and educational facilities whose activities, for some reason, didn’t suit the local pro-Turkish administration. On demand of the Turks, some of them were converted to the military headquarters.

Return of the northern regions under the control of the Syrian government undoubtedly will lead to the reopening of the health centers, hospitals, and schools. Consequently, more Syrian children will be able to obtain an education, and older people will receive appropriate medical treatment.

If the north of Syria remains under Turkish control, thousands of locals will become refugees and can’t get back to their homes, fearing constant repression by the Turkish authorities.

The districts of Damascus that have been completely liberated from Hayat Tahrir al-Sham militants and now are being speedily reconstructed by the Syrian government serves as a good example. Thus, in February 2019, the provincial departments of education reported on the restoration of 57 schools, another eight are still being reconstructed. The same situation takes place in other parts of Syria.

The reopening of the Police stations and reactivation of other security services will let to reduce arms and drug trafficking, as well as limit the supply of weapons to terrorists in the neighbouring province of Idlib. Such actions will lead to a de-escalation of tensions in the region.

Currently, the key reason for hostilities in the region is the ongoing extremist’s provocations. Ankara ignores such incidents as these radicals are fighting against Kurds. The militants are opposed to President Assad, but after the withdrawal of the Turkish troops, Damascus will be able to establish a dialogue with FSA, as it has happened in southern Syria. There the Syrian government managed to persuade the militants to lay down weapons and then amnestied them.

At the same time, we should not forget about the fate of Kurds. If the north of Syria remains under Turkish control, thousands of locals will become refugees and can’t get back to their homes, fearing constant repression by the Turkish authorities. According to the United Nations High Commissioner for Refugees, more than 100,000 people have already left the region before the Turkish invasion.

Therefore, the return of the areas occupied by the Turkish Army under control of the Syrian government is an essential step towards restoring sovereignty and territorial integrity of Syria. It contributes a lot to the strengthening of peace and stability, both in the north of the country and in the region as a whole.

Firas Samuri is a Political Analyst. The views expressed in this article are the author’s own and do not necessarily reflect Global Village Space’s editorial policy.

Kurds team up with Syria as Turkey presses on