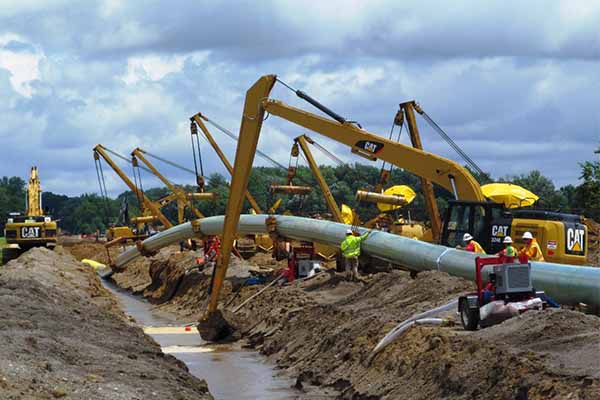 Till recent, the Turkmenistan-Afghanistan-Pakistan-India (TAPI) gas pipeline project was seen as a pipedream, but it has suddenly turned into a reality and apparently its completion is not too far. Lobbyists of the mega-project are painting a rosy picture. They see in it a huge potential, and term it as a vehicle for connectivity and peace, offering sustainable source of energy.

It is argued that contrary to popular belief, instead of being contingent upon Afghan stability, it is likely to become a source of unprecedented peace for Afghanistan. The optimists say that it will create job opportunities for Afghanistan, add gas to dwindling Pakistan’s energy resources, lighten its kitchens, and increase their urea fertilizer production which has a direct bearing on agriculture. TAPI will also bring prosperity to the Indian Punjab.

Turkmenistan which will deliver the gas has invested $ 25 billion, of which $15 billion is for gas field development and $10 billion for laying the pipeline. This project is likely to be completed by 2020, and made operational in 2024. Gas will be provided for next 25 years and its price will be 20% cheaper than Brent crude. Japanese, Chinese, and some other companies have won contracts for gas field and pipeline.

Pakistan will be the third beneficiary since it would also be charging transit fee from India. It is to be determined whether the gas imported from Turkmenistan will be more viable and cheaper or from Iran. India was reluctant to join IPI project owing to security and transit fee issues and was also having similar concerns over TAPI.

TAPI is an energy-based mega project, which provides an alternative market to Turkmenistan’s abundant gas resources. It is hoped that TAPI’s success will attract many Central Asian States and will be a win-win project for all. Apparently, it has the potential to supplement CPEC.

The 56 inches diameter TAPI gas pipeline project will transport 3.2 billion cubic ft of gas annually from the Galkynysh gas fields in Turkmenistan, with 16% earmarked for Afghanistan, and 42% each for Pakistan and India.

The 1814 km long TAPI gas pipeline project after passing through Afghanistan (Herat, Farah, Nimroz, Helmand, Kandahar), will enter Pakistan at Chaman. The 820 km long Pakistan section pipeline will traverse through Qila Abdullah, Pishin, Ziarat, Loralai and Musakhel districts in Balochistan; and Dera Ghazi Khan, Muzaffargarh, Multan, Khanewal, Vehari, Pakpattan and Okara districts in Punjab. From Chaman, one branch will veer towards Pasni along Mekran Coast. Pipeline will journey through 17 districts including 8 in Baluchistan and 9 in Punjab. From Punjab, it will then home into India at Fazilka.

It is good to be optimistic but optimism should not be at the cost of ignoring ground realities, as well as the fate of Iran-Pakistan-India (IPI) gas pipeline project. While TAPI gas pipeline project surfaced as a Turkmenistan-Afghanistan project in 2006, IPI project came up much earlier, which was signed in 1999.

Iran being next door is economically viable, cost-effective, and secure. TAPI, which is the new version of the pipeline conceived by UNOCOL in 1996, is backed by the USA. Pakistan was in a way coerced to join it asserting that it had far greater benefits than IPI.

Gas will be provided for next 25 years and its price will be 20% cheaper than Brent crude. Japanese, Chinese, and some other companies have won contracts for gas field and pipeline.

The US was averse to IPI because of its rift with Iran, which had been put under sanctions. The US opposed the materialization of the IPI project mainly because it feared that Iran could become an important player once it became a gas supplier for the two major countries of South Asia, and also a strong country because of its nuclear energy program.

The US succeeded in tempting India by offering a civilian nuclear deal in 2006. After signing the nuclear deal in 2008, India stepped out of IPI in 2009. Reasons given by India were the insecurity of gas pipeline passing through Baluchistan which in that timeframe was vulnerable to attacks by Baloch insurgents, and the fear that Pakistan might close the tap to exert pressure on India. In the back of its mind was the possible neutralization of its strategy to blackmail Pakistan through water terrorism.

Read more: The Caspian Sea: rich in oil and gas and caviar

India had already made a comprehensive plan to destabilize Baluchistan, Mekran Coast, and Karachi by deploying serving Naval Comd Kulbushan Jhadev at Chahbahar in 2003. He was eventually caught in March 2016 and has been awarded death sentence.

The $7.4 billion IPI line envisaged transporting 5.4 Billion cubic feet (Bcf) Iranian natural gas to Pakistan and India. From South Pars, the pipeline stretched over 1,100 km within Iran before entering Pakistan, traveling through Khuzdar. One section was to run through Karachi, and the main section going through Multan to the Indian border (760 km), thereafter travelling 860 km to Delhi.

In 2002, Iran and Pakistan signed an agreement on a feasibility study for Iran-Pakistan gas pipeline. Iran later on proposed an extension of the pipeline into India, with Pakistan standing to benefit from transit fees. The pipeline envisaged supplying 90 and 60 million cubic meters gas per day to India and Pakistan respectively. Despite the delays due to the US pressures, the project remained alive as was evident from the meeting between Gen Musharraf and Ahmadinejad in April 2008, and later on, another meeting in 2012.

Iran being next door is economically viable, cost-effective, and secure. TAPI, which is the new version of the pipeline conceived by UNOCOL in 1996, is backed by the USA. Pakistan was in a way coerced to join it asserting that it had far greater benefits than IPI.

Iran is eager to sell gas because of its transition economy, where unemployment is rising and budget deficits have been a chronic problem. About 18% of the Iran’s population lives below the poverty line and unemployment rate is about 11%.  Energy-starved Pakistan is keen to fulfil its energy needs and strengthen its economy. India’s need of energy is much higher, but it remained disinclined, although land-based line from Iran is the cheapest option.

While Pakistan demanded transit fee of 50 cents per MBTU, India wanted it to be 15 cents. China showed interest in joining the IPI project and informed Pakistan that it was keen on importing 1.05 billion cubic feet of gas from Iran through the pipeline if India didn’t participate in the project. China also offered to provide funds to Pakistan to lay the gas pipeline from Nawabshah to connect it with Iranian pipeline. While Iran completed the process of laying pipe inside its territory, Pakistan couldn’t do its bit due to lack of funds, fear of USA, and reservations on gas charges.

Iran kept an inviting tone rather than dictating one with reference to IPI pipeline project. Pakistan was enthusiastic for IPI because of energy shortfall that it faced. While Pakistan was interested because of the transit benefits and lower cost it can enjoy (when compared with prevalent LNG prices), Iran needed foreign exchanges to support the economy. So both Iran and Pakistan didn’t have much bargaining power on the IPI pipeline issue.

India’s security fears were unfounded since Pakistan would never have sabotaged this project because it had its own economic interest in form of transit fee of about $700 million per year. India has made no effort to rejoin the project which is now lying in limbo. The TAPI agreement was signed by Turkmenistan, Afghanistan, and Pakistan at Ashgabat in 2010. The project was held up due to insecurity in Afghanistan.

TAPI project was given a go-ahead signal in February 2018 by four partners including India after settling transit dues and each member promising to contribute $500 million. Saudi backed Asian Development Bank pledged to provide $750 million. Trump administration support the project.

India had already made a comprehensive plan to destabilize Baluchistan, Mekran Coast, and Karachi by deploying serving Naval Comd Kulbushan Jhadev at Chahbahar in 2003. He was eventually caught in March 2016 and has been awarded death sentence.

India was reluctant to join IPI project owing to security and transit fee issues and was also having similar concerns over TAPI. Why it has now agreed to join TAPI which involves transit fee from two countries and passage through war-torn Afghanistan and yet to be fully stabilized Baluchistan?

Conclusion. Till such time Afghanistan becomes peaceful and Kashmir issue is resolved, TAPI project will remain a pipedream.