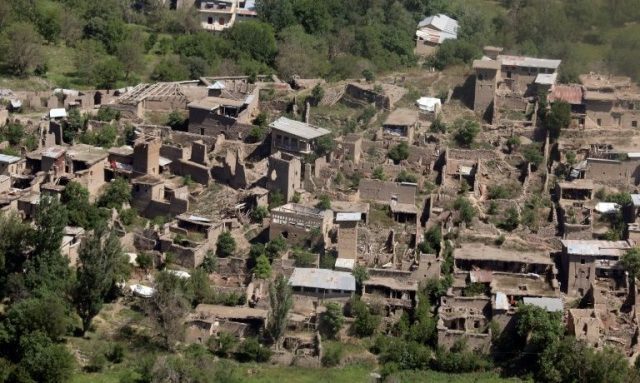 A clash between Pashtun activists and local militants on Sunday killed two people and wounded 25 others in a restive Pakistani tribal region near the Afghan border, officials said.

The incident occurred in the Rustam Bazar of Wana, the main town of South Waziristan where the military has in the past conducted a string of punishing offensives to hunt down Taliban and Al-Qaeda-linked militants.

The Pashtun Protection Movement rose to prominence after the killing of a young social media star in Karachi unleashed festering anger at extrajudicial murders.

Supporters of the Pashtun Protection Movement (PTM), which is led by young activist Manzoor Pashteen, wanted to hold a rally to protest against growing corruption in the tribal regions.

“The clash erupted after supporters of Manzoor Pashteen were stopped from holding a protest rally by local militants belonging to Maulvi Nazir group, ” a senior local administration official told AFP on condition of anonymity.

The Pashtun activists torched two offices of the militants, which led to an exchange of fire, killing two people and wounding 25 others, the official said.

Authorities were not immediately able to ascertain the identities of those killed and injured.Maulvi Nazir Wazir was a pro-government militant commander who carried out attacks on US troops deployed in Afghanistan. He was killed in a drone strike in 2013.

The local administration immediately imposed a curfew on the area to control the fast deteriorating situation, another local intelligence official, who confirmed the incident and casualties, told AFP.

PTM supporters wanted to hold a rally to protest against growing corruption in the tribal regions.

Another official said efforts were underway to the bring the situation under control, adding the local administration was holding talks with the “two parties”.The Pashtun Protection Movement rose to prominence after the killing of a young social media star in Karachi unleashed festering anger at extrajudicial murders.

It has been demanding action — including investigations into disappearances and extrajudicial killings — and an end to what it says is undue harassment of Pashtuns at security checkpoints.

Echoing accusations by Washington and Kabul, PTM activists say the military continues to allow extremists a safe haven from which to launch attacks in Afghanistan while targeting insurgents that turn their guns on Pakistan.

For years, Pakistan has been accused by the US and others of using militants such as the Afghan Taliban as proxies, allowing them safe haven in the tribal areas. Islamabad has repeatedly denied the claims.

No US? No Problem: Turkey unveils indigenous 5th generation jet in France

Pakistan’s total cement dispatches to rise due to exports

“US has never been closer with Pakistan,” says Trump; meets Pak PM Khan in Davos