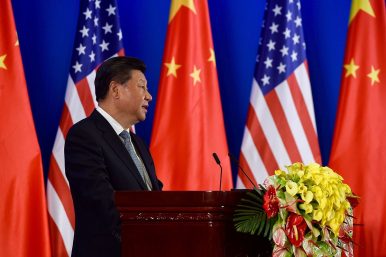 The United States of America is mulling over revamping of Indo-Pacific Strategy in a bid to counter the growing influence of China in the region, especially after the Belt and Road Initiative. US Secretary of State Mike Pompeo addressed the US Chamber of Commerce and outlined the strategy along with plausible outcomes for the United States and the ASEAN member states.

He added that in referring to an “open” Indo-Pacific region, the US means all nations must enjoy “open access to sea and airways” and the US has never and will never seek domination in the region. Mike Pompeo also announced a fund of $113 million at ASEAN summit 2018 which he termed as a down payment before the extensive investment which the United States aims in technology, energy, and infrastructure for the Indo-Pacific region.

ASEAN consists of 10 countries, each having relatively different needs and nature of resources to accomplish those needs.

The Association of South East Asian Nations (ASEAN), an organization which was initially formed to curb the growing influence of Chinese Communism in 1961 lost its original purpose with the downfall of Soviet Union, the powerhouse of communism, and subsequently followed by drastic modifications in the Chinese model of communism. United States is now considering to utilize the ASEAN platform to strengthen its root into the region with the long-term aim of balancing the control of China in Asia, if not overpowering it.

The strategy might seem reasonable on paper but factually it will have to endure a series of challenges which might not be easy to overcome. First and foremost is the question that how far the United States is willing to commit itself in the process in terms of investing for the cause. ASEAN consists of 10 countries, each having relatively different needs and nature of resources to accomplish those needs.

China’s extensive multi-billion dollar Belt and Road initiative are huge in stature as compared to U.S plan for investment which starts with a mere $113 million. Though, as per Mike Pompeo, it is just a down payment but eventually, the U.S has to allocate ample resources which will be another dent in its economy.

China, being the existing stakeholder in the proximity of member state of ASEAN, knows the institutional and infrastructural capabilities of each state, which are way primitive as compared to the U.S. Even if the United States decided to invest billions to match the Chinese money, the probability of achieving the desired goals, due to outdated systems and techniques, remains very low. On the other hand, since China was among the same countries a few decades back, it has the competitive advantage of being familiar with the challenges and topography, giving it a competitive edge.

The United States will have to trade off a big chunk of its resources for long-term strategic interests if it wants to match the Chinese hegemony in the region with a probability of settling with less than the aimed objectives.

The United States of America, under the leadership of Donald Trump, has waged trade wars with its trade conventional allies. The credibility of USA, as a state who abides by its commitments, has gravely being undermined because of Trump’s decision to walk out of JCPOA and Trans-Pacific Partnership. Since U.S Indo-Pacific strategy practically asks the South Asian states to choose between China and the United States, it eventually lands ASEAN countries into a perplexing situation.

Geographically, South Asia is separated to the United States by the North Pacific Ocean while China practically shares borders with some of these countries. The strategic interests and U.S history of backing out from its promises are most likely to hinder the ASEAN nations to turn their back on China entirely and join the U.S camp.

The indo-pacific strategy has been quite vague so far with no clear roadmap about its future has underlying domains of cooperation. If Mike Pompeo’s statement is analyzed which hints at the “open access to sea and airways”, it would mean an increased activity of U.S marine forces contingents in the Asian waters. For India, it would imply an increase in tension with China therefore, it might not share the same enthusiasm.

However, Japan is most likely to be the front-line ally of the United States in this venture as it has long sought the solution to curb the growing Chinese influence and intimating tactics around the East China Sea. The United States will have to trade off a big chunk of its resources for long-term strategic interests if it wants to match the Chinese hegemony in the region with a probability of settling with less than the aimed objectives.

Chinese Ambassador: Baloch militants are “not true Pakistanis” if they work against country