U.S-Pak Relations: the United States has a clear engagement policy but what about Pakistan? 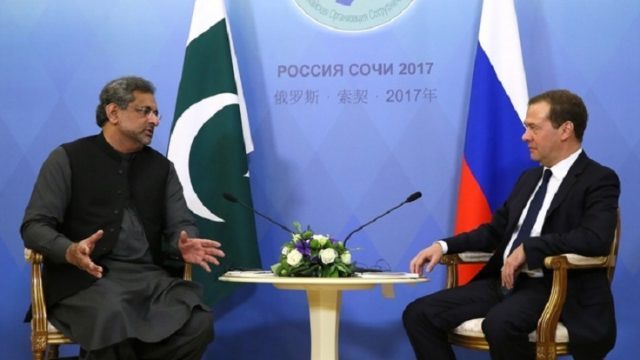 The upcoming visit of the U.S Secretary of State Mike Pompeo is believed to be crucial for the future of U.S-Pak relations especially after the “Call fiasco” and the decision of the U.S administration to stop $300 million security assistance to Pakistan. A senior Pentagon official Assistant Secretary of Defence for Asian and Pacific Security Affairs Randall G. Schriver, while talking at the Carnegie Endowment for International Peace, made some blunt assertions about the U.S policy for Pakistan which is important to interpret the future.

“There is no question we need Pakistan’s help in encouraging, persuading, pressuring Taliban to come to the negotiating table, deal with the national unity government under President Ghani and talk about a future where they are included, not through force, but through a political process,” he said. The relations between both Pakistan and the United States of America, historic yet sporadically friendly over the course of history, have long been inevitable.

The new PTI government brought an unnecessary controversy, which later the foreign office had to yield to the State department’s version, right before Mike Pompeo’s visit. It remains a fact that Pakistan needs to develop a foreign policy around its own national interest but unnecessary aggression could be disastrous instead of proving helpful.

The United States has always found one way or another to exploit the geostrategic location of Pakistan and conversely, Pakistan has negotiated for a strong defense and economic needs in exchange. There have been a no. of times in the past where national interests of both these nations collided but somehow, with the reluctance, of course, compromises were always made. The strategy of simultaneous use of force and back-channel diplomacy with Taliban is nothing new at all.

It has been the strategy since 2012 when it was revealed that the United States is involved in clandestine negotiations with the militant group. But the approach has not yet been able to bear fruits for the peace process. Secondly, it is evident that the path toward peaceful Afghanistan has to go through Pakistan, as acknowledged by Mr. Schriver himself but the United States is not willing to address Pakistan’s concerns about the matter which are certainly one of the major cause of the trust vacuum which exists.

Read more: How should Pakistan respond to Trump’s Afghan policy?

India’s involvement in Afghanistan is not doing much to help solve the issue but it is the major reason for chaos inside Pakistan. These concerns have repeatedly been expressed to U.S officials but their focus only remained to one-sided goal achievement. Most of his talk focused on traditional U.S approach force but a part of his speech highlighted an aspect of U.S-Pak relations which becomes dormant because of Afghanistan. Responding to a question about the Pakistani economy, Mr. Schriver said: “I don’t have a good answer on the economic difficulties and challenges that Pakistan finds itself in.

What I can say is, if you look at other examples where countries went all-in or largely-in with China, the results have not been particularly good. There has been an erosion of sovereignty and an erosion of control. There are many examples of that.” The United States is increasingly concerned over the Pak-China economic cooperation which it perceives in the strategic context. Though the prospects the partnership, if kept transparent and corruption free, are great for both China and Pakistan, United States believes that in the long run, China aims to use Pakistan for its strategic purposes.

Read more: U.S Secretary of State Mike Pompeo’s visit to Pakistan in the…

While it remains true that after the investment of such magnitude China is more than ever vigilant about internal and external security of Pakistan but stretching to an extent that it will use Pakistan’s mainland to achieve a strategic goal might be an exaggeration. For better or worse, the United States is quite clear about the rules of engagement with Pakistan but unfortunately, the policy from the other side has always been reactive.

The new PTI government brought an unnecessary controversy, which later the foreign office had to yield to the State department’s version, right before Mike Pompeo’s visit. It remains a fact that Pakistan needs to develop a foreign policy around its own national interest but unnecessary aggression could be disastrous instead of proving helpful. There needs to be a proactive approach regarding the relations with the United States of America to clearly defined objectives which both sides need to achieve or else the relations are not going to get any better.

Pakistan values its relations with Japan