Trump escalated the US-China trade standoff by imposing strict tariffs on Chinese products and by threatening to increase them more if Chinese Premier fails to meet him in the upcoming G-20 summit. Trump, being a businessman, is steering America in financial superiority, but will it gain much? 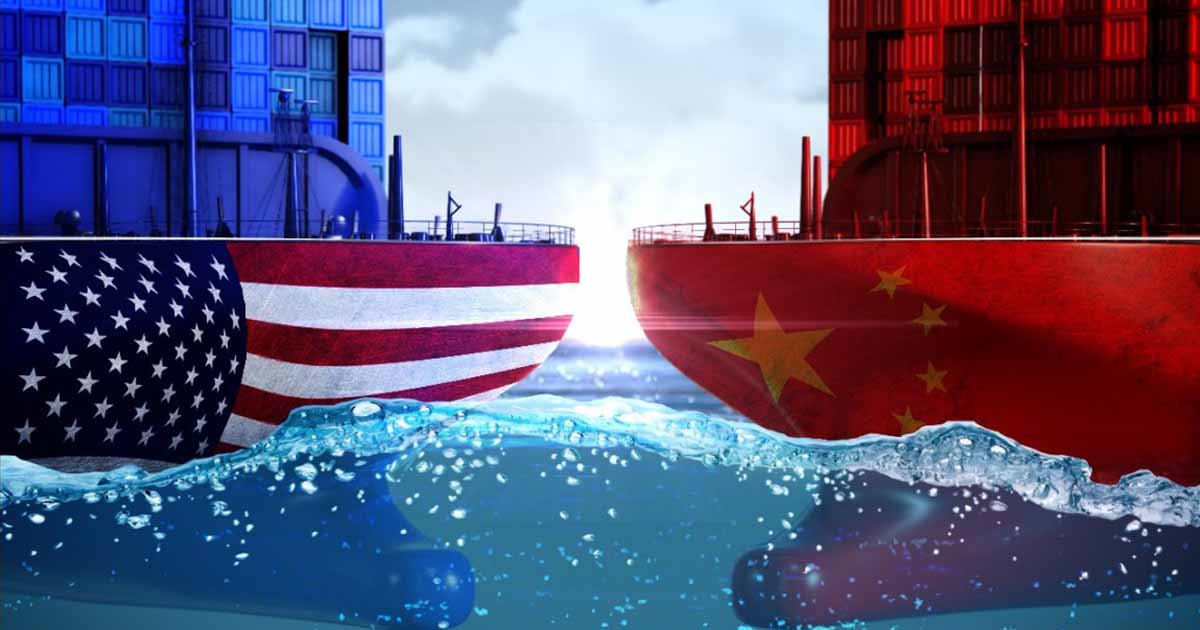 After successfully utilizing tariff threat against Mexico to deal with the immigration problem of the United States, President Donald Trump is convinced more than ever that it can achieve the same with China as well.

U.S President Donald Trump has once again threatened China with further increase of tariffs on its exports to the United States. In his tweet, he said, “Tariffs are great negotiating tools” after hinting a day earlier that he is ready to up the ante with China if no breakthrough is reached between two countries in the trade talks on the sidelines of the upcoming G-20 summit. President Donald Trump is anticipating a meeting with Chinese Premier Xi Jinping at the summit which is scheduled by the end of June.

But Chinese Foreign Ministry has not yet confirmed anything in this regard. Furthermore, referring to Trump’s remarks regarding tariff hike, spokesperson of the Chinese foreign ministry Geng Shuang said, “China does not want to fight a trade war. But we are not afraid of fighting it. If the United States only wants to escalate trade frictions, we will resolutely respond and fight to the end”.

Trump administration has threatened its neighboring country Mexico with tariffs hikes, which was criticized significantly as it could jeopardize a critical marketplace for the U.S goods

Donald Trump has approved tariffs as high as 25% on $200 billion worth of Chinese exports to the United States citing that the balance to trade is tilted in favor of China. He aims at better access of the U.S goods to the Chinese market, something which is not yet working in favor of the United States as China has imposed retaliatory tariffs on the goods it imports from the United States. However, instead of backing off, Donald Trump wished to escalate the battle as the numbers suggest that it is China, because of its sheer size of exports, who will be at a loss if the trade war continues.

Differentiating between Strategic and Economic Angles

The idea of pushing for protectionism on part of the United States comes from Donald Trump’s campaign promise about bringing the lost jobs back to the U.S workforce. In the process, the U.S President has not only aimed at China but also targeted the long-term trade allies of the United States Canada, Mexico, and European partners.

Consequently, the jobs in the manufacturing sectors such as the Aluminum industry did revive, and, in a way, Trump fulfilled the promise which the blue-collar U.S workers entrusted him to by voting him into the oval office. Contrary to the positive outcome which is being propagated, critics argue that the brunt is faced by the agriculture industry of the United States which has been the victim of retaliatory tariffs from countries like China. But the entire equation is purely based on the economic spectrum.

However, recently United States blacklisted trade with Huawei Technologies Co. Ltd, which is Chinese owned largest tech manufacturing company of the world. Unlike the tariff war, the move was strategic in nature, as China was increasingly monopolizing the tech markets of the world especially with the edge it has over the United States over 5G data spectrum.

It is the reason why he did not differentiate between friends and foes when it came to adjusting balance of trade and threatening countries with tariffs.

For far too long, the U.S has been the global leader in the innovation of high-end civil and military technology but over the past few years, China has been up to the mark. Therefore, to inhibit the trade outreach, United States decided to blacklist Huawei and Google announced not to allow its operating system Android to be used for the Huawei cell phones.

Tariffs have Proved to be Great Negotiating Tools

Trump administration has threatened its neighboring country Mexico with tariffs hikes, which was criticized significantly as it could jeopardize a critical marketplace for the U.S goods. In response, Mexico promised to take care of the United States’ immigration problem by taking additional steps to counter the wave of asylum seekers who make their way to U.S-Mexican border following the unrest and chaos in South American countries such as Venezuela, Honduras, and Guatemala. Eventually, after several days of uncertainty, Donald Trump accepted the arrangement.

Being a businessman as he has been, Donald Trump believes in the transactional relationship between countries. It is the reason why he did not differentiate between friends and foes when it came to adjusting balance of trade and threatening countries with tariffs. Being a global power, such a decision certainly comes at a strategic and diplomatic cost which is evident from the unprecedented disgruntlement Europe expresses about the United States. Upcoming 2020 Presidential elections will depict if the trade-off was worth it or not.

AFP - 24 September 2021
The influential sister of North Korean leader Kim Jong Un on Friday said it was "admirable" of the South to propose a formal end to the Korean War but demanded Seoul first drop its "hostile policies" towards Pyongyang.

Sino-Pak Relations: Our Economic Prowess is the Key

The ineffective CBMs: The Indo-Pak rivalry will continue!