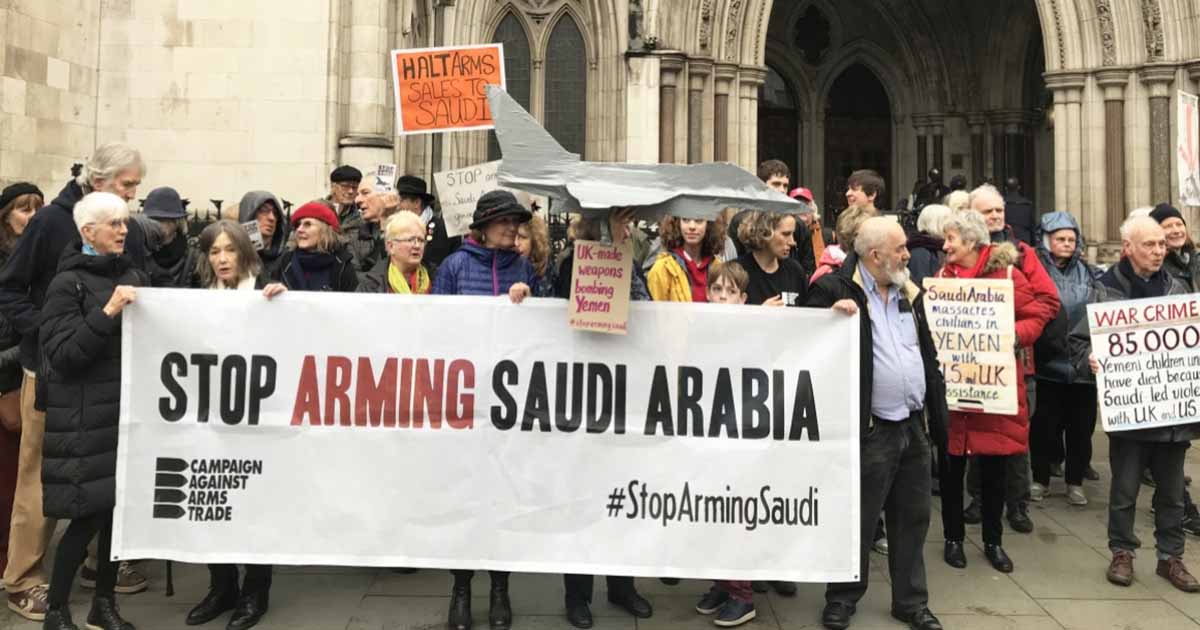 UK weapons exports to Saudi Arabia have been declared unlawful as they have contributed to high levels of civilian deaths and casualties in the bombing of Yemen by Saudi-led coalition forces, Britain’s court of appeal said Thursday.

The ruling was passed down by three senior judges after they accepted the legal challenge from the Campaign Against Arms Trade group, which has accused the government of licensing arms sales when it was clear their sales could breach international law.

According to Campaign Against Arms Trade, around £4.7bn worth of arms exports to Saudi Arabia have been licensed by the government since the Saudi-led intervention began in 2015 with record sales taking place before 2018.

The UK’s sale of arms to Saudi Arabia which have been used to kill and maim Yemeni civilians has been declared illegal due to indiscriminate civilian casualties. The mass murder of Yemenis is one of many consequences of the arms sales. https://t.co/oNwm45J0B2

The UK government “made no concluded assessments of whether the Saudi-led coalition had committed violations of international humanitarian law in the past, during the Yemen conflict, and made no attempt to do so,” the court said.

An estimated 8.4 million people are at risk of severe famine and more than 22 million people, 75 percent of Yemen’s population, are in need of humanitarian assistance.

Impoverished Yemen has been wracked by conflict since 2014, when the Houthis overran much of the country, including capital Sanaa.

The conflict escalated in 2015 when Saudi Arabia and its Sunni Arab allies launched a wide-ranging military campaign aimed at rolling back Houthi gains in Yemen and shoring up the country’s Saudi-backed government.

The war has resulted in a collapsed economy and a cholera outbreak that has affected over 1.1 million people.

Riyadh has repeatedly accused the Houthis of acting as a proxy force for Shia Iran, Saudi Arabia’s arch-foe in the region.

Calls have been made to governments across the globe to halt weapon sales to Saudi Arabia, resulting in Germany suspending such sales.

The international criticism against the Gulf kingdom rose especially after the murder of journalist Jamal Khashoggi in October last year.

A damning UN report said Wednesday that the Saudi state was responsible for the Khashoggi murder and called for further investigation into the incident.

Smoothies are your friend!

No deal with Israel, but Saudi Arabia pushes outreach to Jews