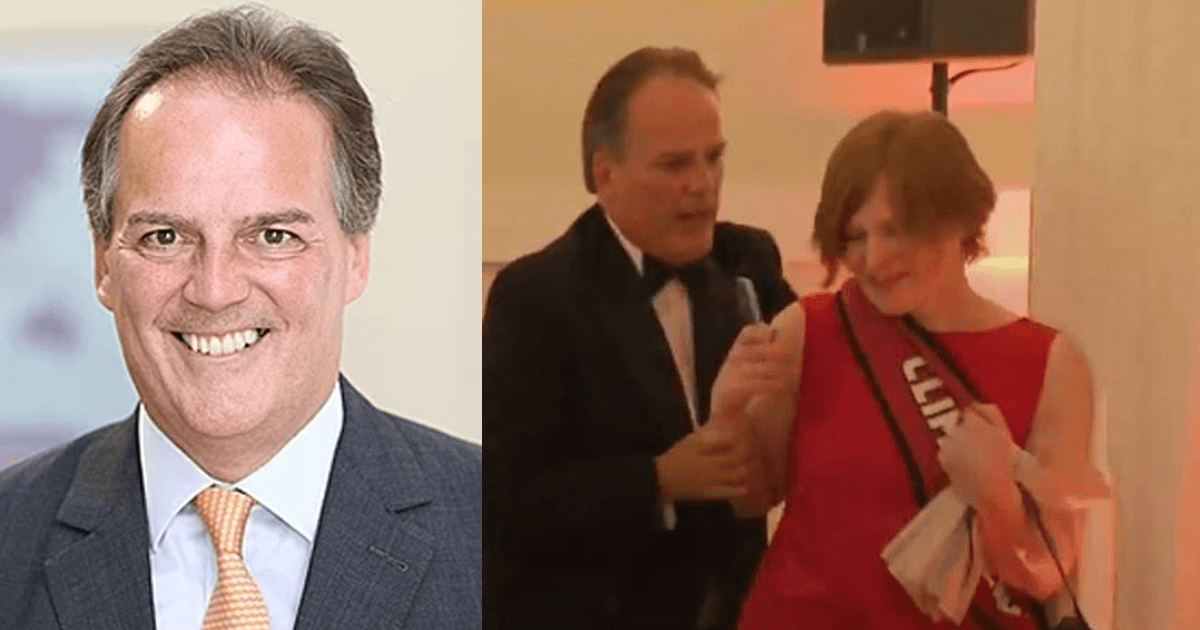 A UK minister was suspended on Friday after he was filmed physically removing a climate change activist from a dinner in London.
Mark Field accosted the female activist as she walked towards finance minister Phillip Hammond, pushing her against a column before frog marching her out of the room. The video went viral on social media.

Tory MP aggressively manhandling a Greenpeace protestor then marching her out of the room by her neck: totally unacceptable thuggery pic.twitter.com/hWHj5N1RJT

“The prime minister has seen the footage and she found it very concerning,” Downing Street said.

“He will be suspended as a minister while investigations take place.”

Police said they were following up on a “small number” reports of an assault.

Greenpeace activist Areeba Hamid said she was “shocked at the footage of an elected MP and government minister assaulting one of our peaceful protesters”.

Field told ITV that he “deeply” regretted his actions, saying that “in the confusion many guests understandably felt threatened and when one protester rushed past me towards the top table”.

“There was no security present and I was for a split-second genuinely worried she might have been armed.”

The Conservative politician has referred himself to the Cabinet Office for investigation.

Labour MP Jess Phillips called the footage “so, so awful” while fellow Labour MP Dawn Butler said it was “horrific” and called for Field to be sacked or suspended.

But Tory MP Peter Bottomley argued that “the woman clearly was trying to create a fuss” and that “most viewers would say it’s good that she didn’t succeed”.

Greenpeace said 40 of its activists had interrupted the event. Wearing red dresses and sashes that said “climate emergency”, the activists hoped to disrupt the event and make a speech.

Brutality against Pakistani Children Continues: Is there a solution?

Is President Erdogan trapped in Syria?