Ukrainian President seems to be in hot water

In his first year in office. Ukrainian president, former comedian Volodymyr Zelensky finds himself at the centre of major international crises, including the US impeachment investigation and Iran's downing of a passenger jet. 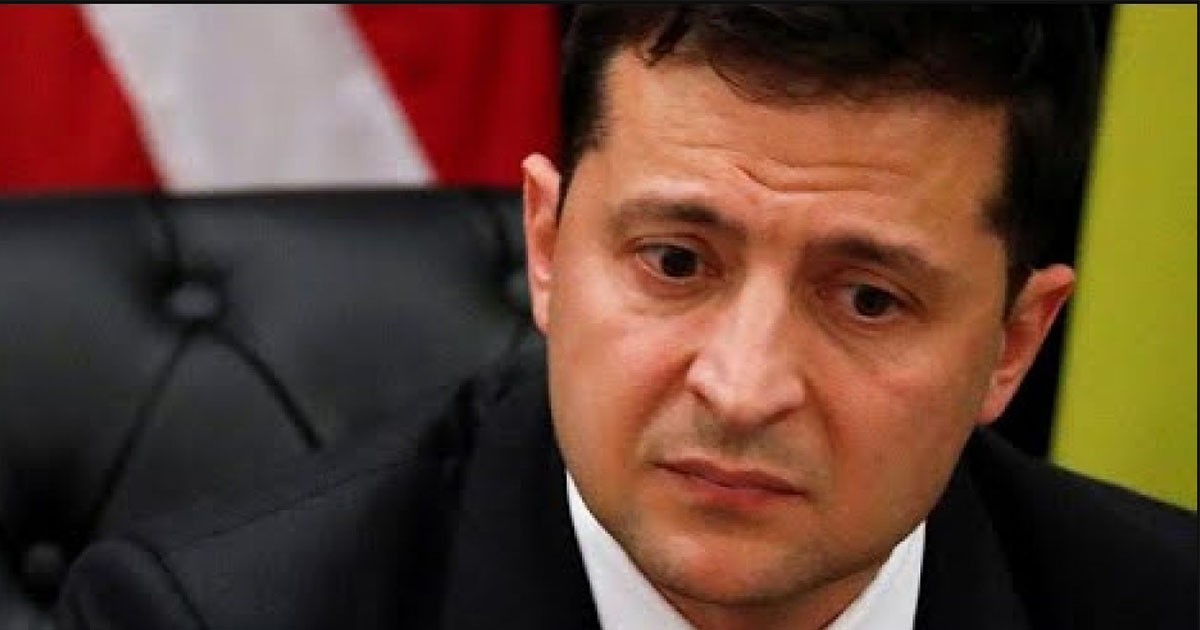 In his first nine months as Ukrainian president, former comedian Volodymyr Zelensky has found himself at the centre of major international crises, including the US impeachment investigation and Iran’s downing of a passenger jet.

Yet so far Zelensky has sailed through relatively unscathed, avoiding any major gaffes, political analysts said.

The 41-year-old played a president in a popular TV sitcom before sweeping to power in elections last April on promises to “smash the old corrupt system” and end the separatist war in the east.

The Lev Parnas documents have already made their way into the Senate impeachment trial — just one week after they were released publicly.

Rep. Garcia just presented this letter from Giuliani to Zelensky.

But many had voiced concerns about how someone without political experience could lead a country fighting a war with Russia-backed separatists while also dealing with widespread poverty and corruption.

“Fears of his inexperience turned out to be exaggerated,” said Oleksiy Melnyk, a foreign policy analyst at the Razumkov Center in Kiev.

Polls show most Ukrainians are satisfied with Zelensky’s performance.

When it comes to international relations, the political novice has been constantly in the spotlight.

Just a few months into his first term, Zelensky found himself plunged into the impeachment scandal that threatens to take down US President Donald Trump.

Read more: US diplomat in Ukraine testifies against Trump in impeachment hearing

Trump is accused of pressuring Zelensky to investigate political rival Joe Biden and his son Hunter’s dealings in Ukraine, making this a quid pro quo for military aid and a White House meeting. An impeachment trial is currently underway in the US Senate.

The Ukrainian leader has sought to distance himself from the scandal, stressing it is an internal affair for the United States.

I join the President in saying ‘read the call.’” – @RepAdamSchiff pic.twitter.com/5wScjo56ej

For Kiev it is vital to maintain support from both major US political parties, the Republicans and the Democrats since Washington has been Kiev’s key ally in its long-running fight with Moscow.

December’s summit with Putin in Paris was the next major test for Zelensky.

Many Ukrainians feared Russia’s strongman would overwhelm the former showman, but he managed to restart peace talks that had been frozen for three years and agree on a prisoner exchange.

“With each international meeting he has acted more and more confidently,” Stulik said, while adding Zelensky should have been “more insistent and even assertive” at the negotiations with Russia and the West.

Other analysts have also pointed to some flaws in Zelensky’s tenure as president so far.

When a Ukrainian airliner crashed in Iran in early January, killing all 176 people on board, Kiev’s reaction was rather muted.

As Ottawa and London openly stated that Iranian forces had accidentally shot the plane down with a missile, Ukraine was slow to pin the blame on Tehran, which ultimately admitted guilt.

Zelensky has faced criticism for what some see as a passive stance compared to other leaders.

Yet Kiev argued that its circumspect approach meant Iran granted it access to the wreckage and the crash site to shed light on the tragedy.

Serious rifts emerged in Zelensky’s team last week with Prime Minister Oleksiy Goncharuk offering to resign after a leaked recording emerged where he questioned the president’s grasp of economics.

Zelensky seemingly smoothed over the situation, giving his PM a “second chance” and demanding an investigation into the leak.

Such successful management of ad hoc crises does not, however, give much indication of whether Zelensky will be able to transform the country in the way he has promised.

Ukrainians want him to enact crucial reforms to root out corruption, reform the justice system and revive the economy of one of the poorest countries in Europe.

“It’s too bad he doesn’t use his great popularity to do something really big,” said Davydiuk.

A key reform promoted by Zelensky is allowing the sale of farmland from 2020 — a move that is hotly anticipated by investors but feared by many farmers.

For months the process of the bill’s adoption has dragged on with more and more amendments submitted and growing protests.

“We are in a zone of great risks,” said Oleksandr Sushko, executive director of the International Renaissance Foundation, which promotes the development of civil society.

He cited the fact that the president’s team consists mainly of his former showbusiness colleagues who lack experience in solving political problems.

Zelensky has got bogged down in constant crises and the presidential routine, wrote Ukrainian news site Ukrainska Pravda.

In its view, he has “failed to formulate a clear vision of the country he wants to build”.

Previous articlePolio cases take Pakistan by storm, urging immediate action
Next articleWhat Does the Success of Meray Pass Tum Ho Say About Us?

White House says it will support Trump in impeachment probe

Did the White House cover-up information about Trump-Ukraine call?