UN concerned about children schooling; a quarter-billion out of school

The UN has raised the alarm for global schooling as a report unearths that close to a quarter billion kids are out of school, because of a myriad of factors including poverty and discrimination. 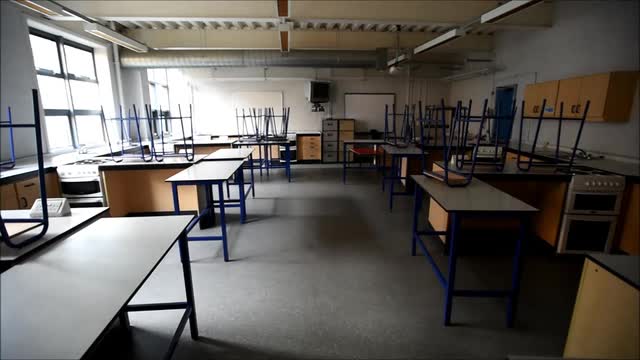 Nearly 260 million children had no access to schooling in 2018, a United Nations agency said in a report Tuesday that blamed poverty and discrimination for educational inequalities that are being exacerbated by the coronavirus outbreak. The UN is concerned about children schooling, and has warned policy makers the world over to pay special attention to the plight of children and the state of children schooling around the globe.

Children from poorer communities as well as girls, the disabled, immigrants and ethnic minorities were at a distinct educational disadvantage in many countries, the UN’s Paris-based education body UNESCO said.

In 2018, “258 million children and youth were entirely excluded from education, with poverty as the main obstacle to access,” the report found.

This represented 17 percent of all school-age children, most of them in south and central Asia and sub-Saharan Africa.

The disparities worsened with the arrival of the coronavirus crisis, which saw over 90 percent of the global student population affected by school closures, the report said.

Nearly 260 million children had no access to schooling in 2018, a UN agency said in a report Tuesday that blamed poverty and discrimination for educational inequalities that are being exacerbated by the coronavirus outbreak.https://t.co/GBYZg4SrWE— JamaicaObserver (@JamaicaObserver) June 23, 2020

And while children from families with means could continue schooling from home using laptops, mobile phones and the internet, millions of others were cut off entirely.

“Lessons from the past -– such as with Ebola -– have shown that health crises can leave many behind, in particular the poorest girls, many of whom may never return to school,” UNESCO’s director general Audrey Azoulay wrote in a foreword.

The report noted that in low- and middle-income countries, adolescents from the richest 20 percent of households were three times more likely to complete the first portion of secondary school — up to age 15 — than those from poor homes.

Children with disabilities were 19 percent less likely to achieve minimum reading proficiency in 10 of these nations.

And in richer nations, 10-year-olds taught in a language other than their mother tongue scored 34 percent lower than native speakers in reading tests.

In the United States, LGBTI students were almost three times more likely to have stayed home from school because they felt unsafe.

“Unfortunately, disadvantaged groups are kept out or pushed out of education systems through more or less subtle decisions leading to exclusion from curricula, irrelevant learning objectives, stereotyping in textbooks, discrimination in resource allocation and assessments, tolerance of violence and neglect of needs,” the report said.

Some 335 million girls attended schools that did not provide them with the water, sanitation and hygiene services they need to stay in class while menstruating.

And in Asia, displaced people such as the Rohingya are taught in separate systems.

“Just 41 countries worldwide officially recognised sign language and, globally, schools were more eager to get internet access than to cater for learners with disabilities,” it said.

“To rise to the challenges of our time, a move towards more inclusive education is imperative,” Azoulay said. “Failure to act will hinder the progress of societies.”

Hindutva extremist ideology made it a pariah in world’s opinion