The International Atomic Energy Agency, the UN's nuclear watchdog, has raised serious concerns over Iran not allowing inspections of its nuclear sites. Iran has hitherto accumulated more than 8 times the limit of uranium allowed under the Nuclear Deal. It seems like a storm is coming for Iran in the future. Will Iran be able to weather this storm? 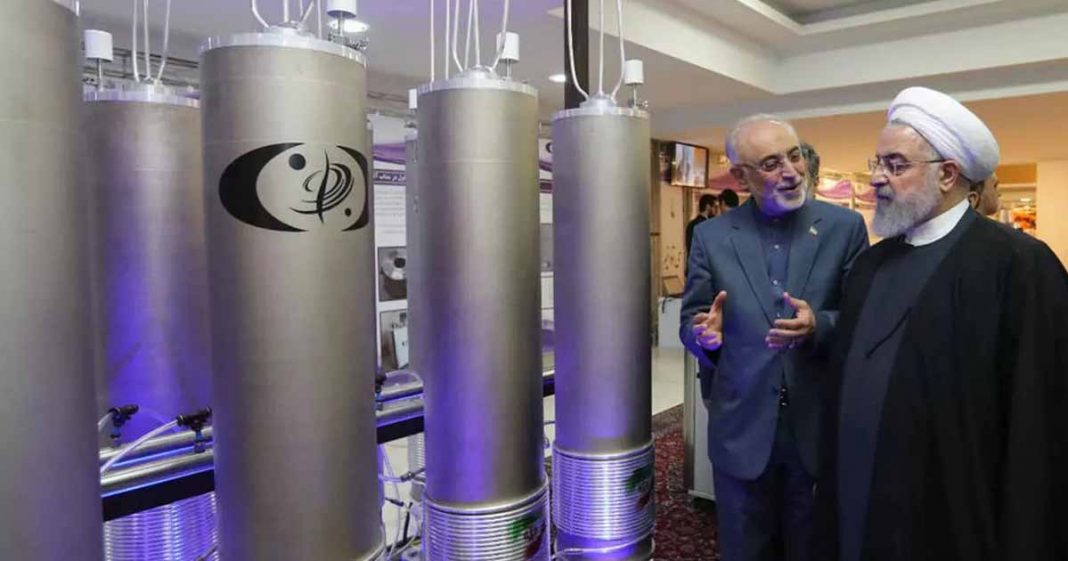 Iran has now accumulated enriched uranium at nearly eight times the limit of a 2015 deal and has for months blocked inspections at sites where historic nuclear activity may have occurred, the UN watchdog said Friday. This is a bad premonition for the future of the Iran Nuclear deal, called the Joint Comprehensive Plan of Action, as Iran continues to defy the sanctions imposed by the United States, and is driving its erstwhile supporters (the remaining Western Nations) to within an inch of their patience.

Diplomatic sources have indicated that the IAEA’s queries about the locations relate to Iran’s historic nuclear programme and not its current activities.

The aforementioned site “underwent significant changes in 2004, including the demolition of most buildings”, the report noted.

A third site where the IAEA has queries about the possible presence of undeclared natural uranium “underwent extensive sanitization and levelling in 2003 and 2004,” according to the report.

The U.N.'s atomic watchdog says Iran's stockpiles of enriched uranium are increasing in violation of a key nuclear deal. https://t.co/dvHauVleHx

In a separate report, the IAEA warned Iran’s enriched uranium stockpile was now almost eight times the limit set in a 2015 deal.

The limit was 300 kilogrammes (661 pounds) of enriched uranium in a particular compound form, which is the equivalent of 202.8 kg of uranium.

In comparison to the latter number, the report said Iran’s stockpile stood at 1,571.6 kg on May 20.

US ends nuclear waivers for Iran

Earlier, the United States had effectively ended waivers for companies involved in the Iran Nuclear Programme.

US Secretary of State Mike Pompeo said Wednesday that the United States was responding to Iran’s “brinksmanship” — its scrapping of certain nuclear commitments aimed at pressuring Washington to remove sanctions as called for by the 2015 accord.

“These escalatory actions are unacceptable and I cannot justify renewing the waiver,” Pompeo said in a statement.

Pompeo: U.S. To Reimpose Sanctions On Iran https://t.co/hlY9MtpBzK via @SaraCarterDC

This would effectively entail a reimposition of US-led sanctions on Iran. The United States has repeatedly voiced its concerns on the Iranian nuclear program. Chief among its allies who echoed the same concern was Iran’s arch-rival and regional enemy Israel.

Ending of waivers will have no impact: Iranian Atomic Agency

“Ending waivers for nuclear cooperation with Iran… has effectively no impact on Iran’s continued work” on what the Islamic republic insists is a purely civilian nuclear energy programme, its spokesman Behrouz Kamalvandi added in a statement published on the agency’s website.

Read more: Iran not worried by US ending nuclear waivers

The US decision, he said, was in response to Iranian fuel shipments to Venezuela — which is also under US sanctions — and the “significant advancements of Iran’s nuclear industry” thus Iran rejects ending of nuclear waivers.

Iran: defiant in the face of US Sanctions

Iran has been progressively breaking the restrictions laid down in the 2015 deal in retaliation for US President Donald Trump’s withdrawal from the accord in 2018 and the US’s subsequent re-imposition of sanctions.

Iran reached the deal to curb its nuclear activities in return for sanctions relief with the United States — under president Barack Obama — Britain, France, Germany, Russia and China.

The JCPOA: Timeline of the ill-fated accord

On July 14th, 2015, Iran and the six powers struck an agreement, under which Iran agreed to take a series of steps, including slashing its number of centrifuges and disabling a key part of its Arak nuclear reactor — in return for significant easing of US, UN and EU sanctions.

The deal is called the Joint Comprehensive Plan of Action (JCPOA).

In 2018, US President Donald Trump announced that he is walking away from the Iran nuclear deal and reimposes crippling sanctions. Trump said the deal did nothing to limit Iran’s ballistic missile program or its regional aggressions.

In May 2019, Iran announced it was suspending nuclear commitments to the deal, starting with removing limits on its heavy water and enriched uranium stockpiles.

It was in retaliation for US sanctions and what Iran deemed Europe’s inaction to provide it with the JCPOA’s economic benefits.

In May 2020, the United States made it clear that it would not be renewing nuclear waivers for firms operating on Iran’s nuclear programme.

In June 2020, the IAEA raised serious concerns over Iran barricading its nuclear sites for inspection from the IAEA.

TikTok, WeChat to be banned from US app stores

Did WHO & its Chief failed the world facing Corona Pandemic?