Since 1979 Iranian Revolution, US and Iran have engaged themselves in a Cold War of allegations. The world was waiting for proofs about the US allegation on Iran for carrying out Saudi oil attacks. Recently, UN mission has issued a report but Iran says it does not name her as a culprit. While United States recycles its allegation on Iran. 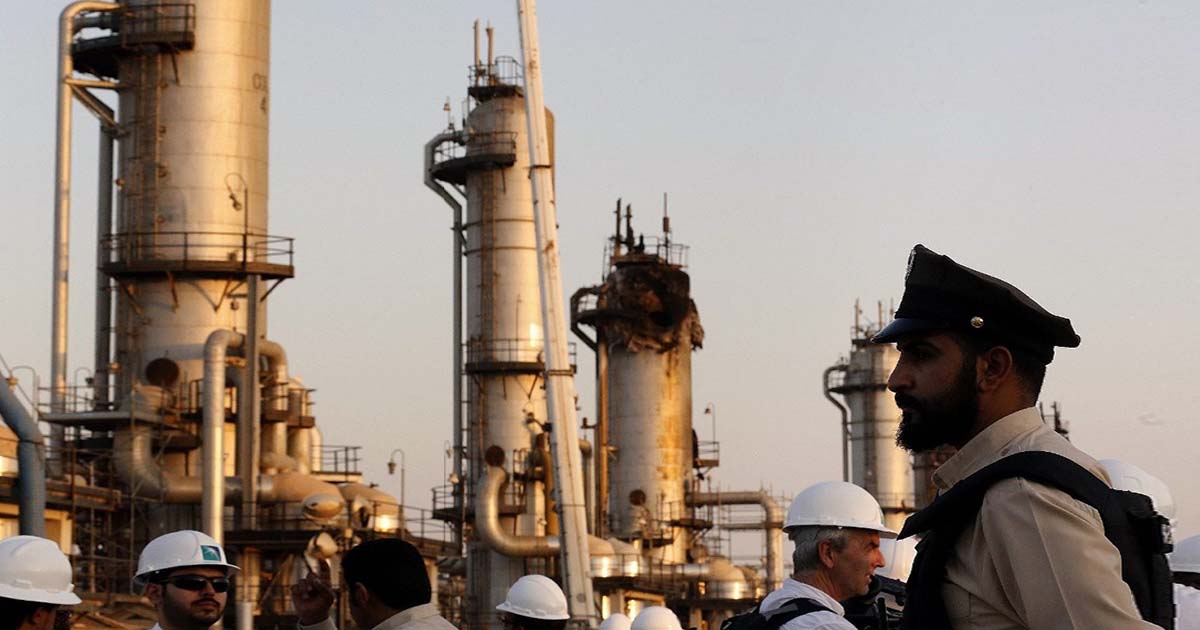 Tehran denied allegations of attack on Saudi Oil Refineries. It says US is using recent UN report to exaggerate its Saudi oil attack claims. Iran accused the Washington of “clutching at every straw” to back up the allegations, whereas the report itself lacks any evidence. Iran out-rightly rejects the allegation of oil refinery attack.

The Iranian mission to the UN stated on Saturday issued an statement. “Just hours after the attack on Saudi oil facilities on September 14, 2019, the US baselessly attributed it to Iran, but has failed so far to present any shred of evidence. Now, it clutches at every straw to seemingly prove its allegation,” Iran responded to the US mission doubling down on the White House’s claim that Iran was involved in the September 14 twin attacks on facilities owned by Saudi oil giant Aramco in Abqaiq and Khureys.

Iranians believe that US attacked the oil refineries of Saudi to provoke a fight between Iran and Saudi Arabia. A twitter user said Bush would have made more destructive attacks on oils facilities.

In September last year, Yemeni Houthis took the responsibility for the attacks. It disrupted operations at the largest oil processing facility in the world namely, Abqaiq oil plant. Since 2015, Houthis are engaged in war with the ousted President Abdrabbuh Mansur Hadi backed by the Saudi-led coalition. Immediately after the attacks took place, the US pointed the finger at Tehran without waiting for any fact-finding mission to be sent to the sites.

The US mission reiterated its allegations framing the report’s findings as a foregone conclusion. US mission says the recently released UN Yemen panel report concludes that Houthi forces were “unlikely” responsible for the bombing since the operation was too “complex” and the “estimated” range of weaponry the militants supposedly possess would not have allowed for such launches from the rebel-held territory.

“Iran attacked Saudi Arabian oil facilities on September 14, 2019. It was an attack not only against a sovereign state but against the global economy as well,” the note bluntly stated.

In response to the report, Tehran pointed out that “nothing in that report validates the US allegation, which has already been rejected by Iran.”

The report does not name Iran as the culprit in the strikes. Moreover, the experts admitted that they did not have a chance to see the debris of the weapons that allegedly hit the facilities first-hand at the scenes as they had been partially cleaned up by Riyadh by the time they arrived.

The report also states “It should be noted that the panel did not see any debris of the weapon systems on-site in Abqaiq and Khureys, as those had already been transported to Riyadh at the time of the visits on 20 and 21 September 2019,”

Saudi Arabia says it will respond if its probe confirms Iran had a role in the attacks on two major Aramco oil facilities https://t.co/bPnqW3UILx pic.twitter.com/5F3e1VDLt2

In addition to that, the experts further acknowledged that while they believe that this particular attack was not carried out by Houthis, “other attacks using the same weapons do seem to have been launched from Yemen.”

The panel did not rule out either that Houthis could have been behind the twin strike, noting that “in theory, the attacks could have also been launched by Houthi forces either from within Saudi Arabia, from the territory of other countries, or even from sea or airborne launch platforms,” but called this scenario “highly unlikely.”

The Iranian foreign office stated that the US note “represents another disinformation campaign against Iran,” arguing that it’s the US massive build-up, undertaken under the pretext of the “Iranian threat,” together with Washington’s “military adventurism” and “the unprecedented flow of sophisticated American weaponry” to the region that has become the “main source of instability and insecurity” in the Middle East.

In 1979, revolution which ousted US ”puppet government” in Iran. Since then relations between Iran and US have painted a dark history in the ties of two states. During revolution, US warned Irani revolutionary leaders of adverse consequences. It followed an angery reaction by protesters. Revolutionaries made hostage the US diplomats in Tehran for 444 days. Relations have since soured between Iran and US.

Read more: Iran taunts US on anniversary of Shah’s ouster

US has supported Iran’s adversaries since 1979. US supported Iraq’s Saddam Hussein in his invasion of Iran while the revolution was in its early phases. Iran successfully defended itself but continued to fight despite Iraq’s offer of ceasefire. US has also supported Saudi Arabia in its sectarian fight against Shi’te Iran.

The sectarian rift invited host of animosity in Middle East. It affected Afghanistan and Pakistan too. Pakistani shia and sunni leaders, funded by Iran and Saudia, started propagating hate. It invited only terrorism in Pakistan. US still supports parties working against Iran. Due to which the region has become a play ground of proxy wars – not to mention Yemen.

Who are Afghan Taliban and why the US won’t be able to defeat them?