UN Security Council has allowed Hafiz Saeed to use his frozen bank accounts just a day before the Pakistani Prime Minister’s speech in the UN where he is to highlight the brutalities being committed by Indian armed forces. 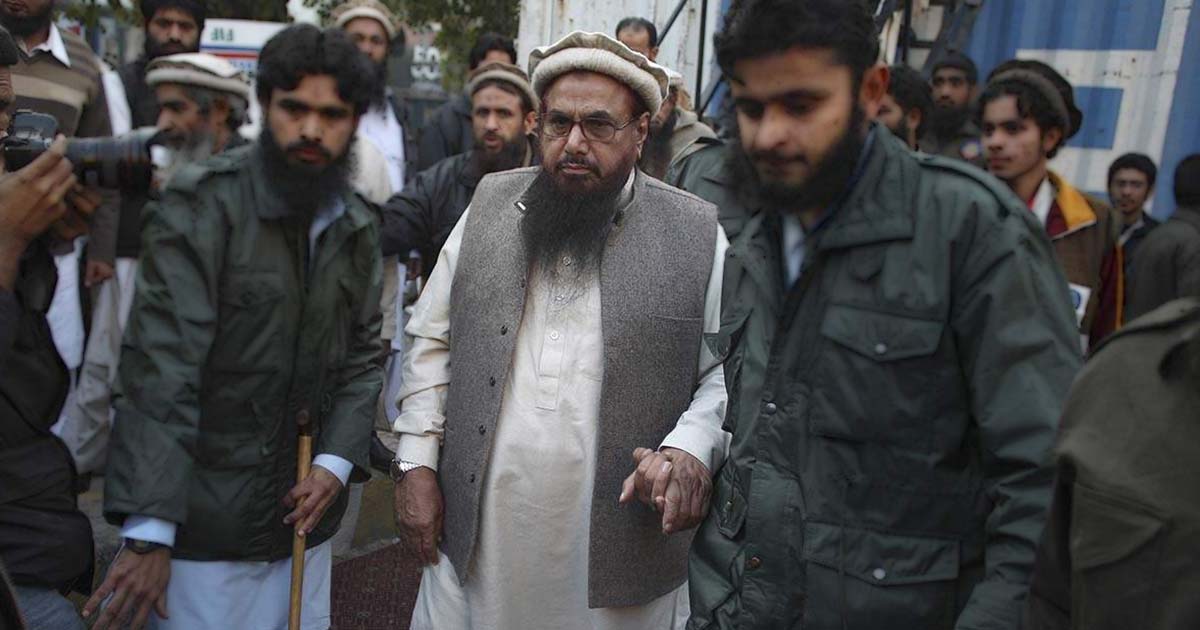 In a surprising move, the sanctions committee of the UN Security Council has allowed Pakistan to let Jamaatud Dawa chief Hafiz Saeed use his bank account for personal expenses. The decision a day before the Prime Minister of Pakistan is expected to raise the issue of Kashmir in the United Nations. Hafiz Saeed is currently in the custody of the law enforcement agencies in Pakistan.

Moreover, Mr. Saeed is a UN-designated global terrorist. The US Department of Treasury has also declared him a Specially Designated Global Terrorist and has since 2012, offered a $10 million reward for his arrest. He was recently taken into custody after the government announced to counter “all” extremist elements in the country.

The committee that deals with such matters informed Pakistan’s Permanent Mission at the United Nations that Hafiz Saeed can use his bank account for ‘basic expenses’ to help his family. The committee said in its letter that “with no objections being raised” to Mr. Saeed’s request and “the Chair has approved the appeal.”

Two other people who also sought similar concessions from the committee are Haji Mohammed Ashraf and Zafar Iqbal. The committee also approved their appeals. Pakistan froze Saeed’s bank accounts in compliance with a UNSC resolution seeking such a ban.

Crackdown would continue against banned outfits involved in act of violence & terrorism. Pak has faced the longest war of terror & we r taking actions against it

According to the letter, Mr. Saeed can withdraw Rs150,000 to cover the necessary basic living expenses for him and his family. UNSC resolution 1452 allows exemptions for globally designated terrorists to access their ‘frozen’ bank accounts for meeting basic expenses.

As per UNSCR 1452, the freezing of order does not apply to funds and assets determined by the relevant State or States to be necessary for basic expenses such as foodstuffs, rent, mortgage, medicines, medical treatment, and utility bills.

The decision of Hafiz Saeed’s arrest was lauded by experts and analysts since it demonstrated the seriousness of the government to combat terror financing and extremism in Pakistan. It is believed that the government in Islamabad is serious to get out of the FATF’s gray list, therefore, it has initiated probe against the extremist elements at home.

A few days back, due to Indian propaganda against Pakistan out-going FATF head hinted at blacklisting Pakistan for not taking appropriate actions. Turkey, Malaysia, and China have announced to stand by Pakistan during the FATF battle.

As a matter of fact, Pakistani law enforcement agencies have taken more than 40 members including senior leaders of Jaish-e-Muhammad (JeM), into custody in March this year. Former Interior Minister of State Mr. Shehryar Khan Afridi also said that nobody will be allowed to challenge the writ of the state.

“Crackdown against members of the banned outfit is part of the National Action Plan. 44 members of these have been arrested so far. Crackdown would continue against banned outfits involved in act of violence & terrorism. Pak has faced the longest war of terror & we r taking actions against it,” he tweeted on Wednesday.

It is important to mention here that Pakistan has announced to take action against all banned organizations operating in the country. According to details, Foreign Office (FO) Spokesperson Dr Mohammad Faisal announced issuance of the UNSC (Freezing and Seizure) Order, 2019, which is in accordance with the provisions of Pakistan’s UNSC Act of 1948.

The government has also decided to take control over “All kinds of assets and properties of all [banned] organizations”. Pakistan has banned many organizations like Sipah-i-Sahaba (SSP),  Ahle Sunnat Wal Jamaat (ASWJ), Lashkar-e-Jhangvi (LeJ), Tehreek-e-Taliban Pakistan (TTP), Tehreek-e-Taliban Swat, Tehrik-e-Nifaz-e-Shariat-e-Mohammadi and Jamat-ul-Ahrar in the past for their involvement in extremism and promotion of terrorism in the country.

ISIS uses Love Jihad to recruit Indian women to their cause

IT Minister answers questions in parliament about industry performance