The UN Security Council involvement in Kashmir has negated Modi's claims of it being an internal matter for India, but it remains to be seen whether the council can influence India to retract the annexation. 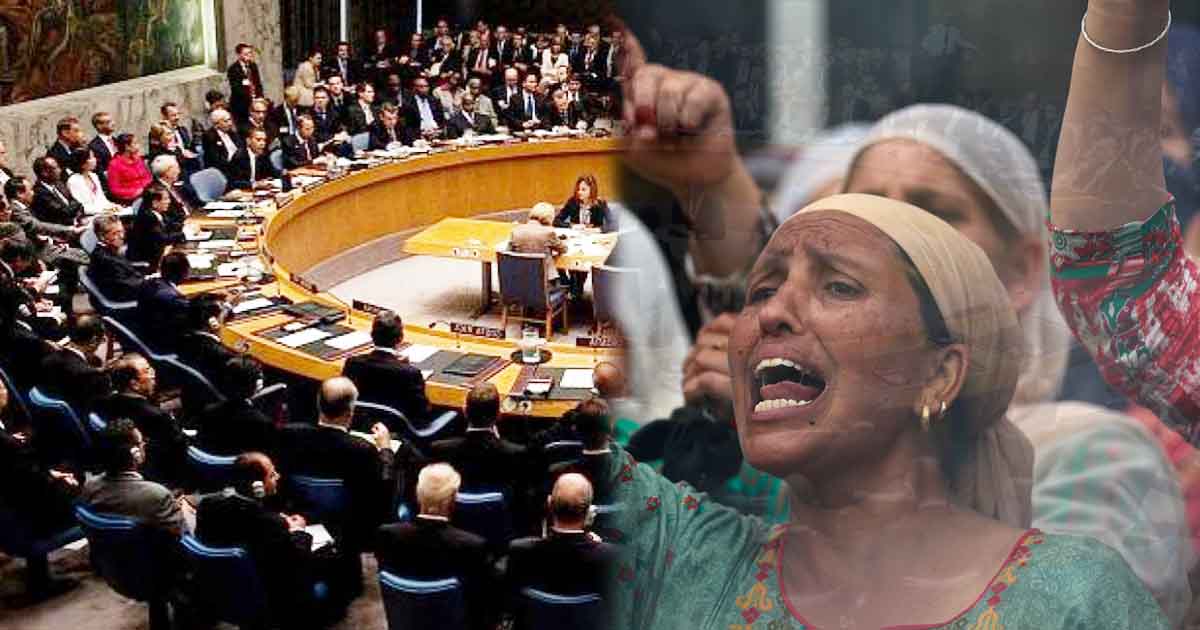 Sun Tzu says in his book, ‘The Art of War,’ that the supreme art of war is to subdue the enemy without fighting. Recently, the painful story of Kashmir has started again after revocation of Article 370 and 35A of the Indian Constitution, as promised in the manifesto of India’s ruling Bharatiya Janata Party (BJP).

As a response, Pakistan’s Prime Minister Imran Khan addressed a joint session of the parliament as well as the Legislative Assembly of Azad Kashmir and warned Indian Prime Minister Narender Modi against the manifestation of Hitler’s Nazi mentality in the Indian Occupied Jammu and Kashmir. In IOJ&K, the curfew has crossed twelve days and there is a presence of a enormous number of troops in an already heavily militarized territory. Additionally, sending in of RSS goons and complete communication blackout are painting quite an alarming picture, given the example of Modi’s earlier ethnic cleansing of Muslims in Gujarat.

Will world silently witness another Srebrenica-type massacre and ethnic cleansing of Muslims in IOJ&K? Pakistan wanted to warn that any misadventure in Kashmir will have severe repercussions and invite reactions across the world, setting off radicalization and cycles of violence.

Kashmir is an internationally recognized dispute that must be peacefully resolved in accordance with the UN Charter, UNSC resolutions, and bilateral agreements, said Chinese representative at UNSC, strengthening Pakistan’s stance.

International media—especially BBC, CNN and New York Times— have presented the true picture of sufferings of the Kashmiri people. Amnesty International said that the actions of Indian government in Kashmir have thrown ordinary people’s lives into turmoil, subjecting them to unnecessary pain and distress. Pakistan’s ambassador in America, Asad Majeed Khan, performed very well as he visited the New York Times office and rightly presented Pakistan’s stance before the editorial board of the newspaper.

Protestors gathered on the streets of Pakistan, France, UK, Germany, and other countries to mark 15th August as Black Day and spoke for humanity and freedom.

This is a success for both Kashmir and Pakistan. The debate is happening after five decades though, as last time it was discussed in the mid-1960s. It is the first time since 1965 that a meeting took place exclusively on IOJ&K. This likely won’t lead to much. But the fact that it’s taking place underscores how Pakistan is not “isolated” globally. It is a diplomatic upset for India at the UN Security Council.

During the UNSC session, China maintained that there should be solution for Kashmir through the UN resolutions. Beijing opposed any unilateral action and urged all sides to exercise restraint. India’s actions have also violated China’s sovereignty and several bilateral agreements. Kashmir is an internationally recognized dispute that must be peacefully resolved in accordance with the UN Charter, UNSC resolutions, and bilateral agreements, said Chinese representative at UNSC, strengthening Pakistan’s stance.

Last time when Jammu and Kashmir found a reference in UNSC resolutions was in 1998—resolution 1172—after Pakistan conducted nuclear tests. However, the mention under India-Pakistan question is after decades.

Lip service by the UN against human rights violations in IOJ&K will not be sufficient. The solution of Kashmir is incumbent, as the current situation can translate into a conventional war or a proxy war.

According to Michael Kugelman, the deputy director for South Asia at Woodrow Wilson Center, Pakistan and India can both claim victory on the UNSC consultations. Pakistan opines that it internationalized Kashmir dispute while India says that it is just a consultation.

However, in efforts to divert attention from precarious situation in IOJ&K, the Indian Army has increased firing along the Line of Control (LOC) with Indian and Pakistani soldiers embracing martyrdom on both sides of the LOC. Intermittent exchange of fire continues. But the main culprit of all these tensions is the war hysteric Indian PM Modi, whose jingoistic and RSS hyperbole approach is harming humanity at large.

Twelve days later, restoration of landlines in IOJ&K is a Kafkaesque version of relief from Indian government while the clampdown persists. Why are Kashmiri leaders, who swore by the Constitution and took personal risk to counter terrorists, still in jail? What is the government scared of?

Pakistan has always stood by Kashmiris against India’s hegemonic ambitions. The world, specifically Pakistan, must stand in the face of tyranny, regardless of the cost. Use of cluster bombs by Indian Army, violating international conventions, is highly condemnable. No weapon can suppress the resolve of Kashmiris to get their right of self-determination.

At the UNSC meeting, the Kashmir cause has taken a new, historic turn. It is a good step towards peace by Pakistan. Now, India must realize that detaining and suppressing Kashmiris is not good for democratic norms, as it only represents Hitler’s Nazi mentality.

Though there is good news for Kashmiris and Pakistan, as both China and Russia wanted an open session in the UN on Kashmir. President Trump also asked India and Pakistan to start dialogue on Kashmir even though the UNSC consultations ended without a statement. Concurrently, the Indian Defence Minister Rajnath Singh has hinted that New Delhi may be rethinking its nuclear doctrine of “No First Use”, which is highly dangerous and condemnable.

China circulated a draft statement that was critical of India. They were supported by India’s strategic partner, UK. However, by his actions, Modi has brought Kashmir dispute back at the UN. The UNSC meeting proved that Kashmir is not an internal matter for India. It’s an internationally recognized dispute and must be resolved with the will of Kashmiri people.

There is no sign of international pressure to force Modi to retract annexation. Kashmir continues to bleed. Pakistan will continue to fight India’s ‘illegal’ move at every forum. Unimplemented resolutions on Kashmir raise questions on the UN’s credibility. Lip service by the UN against human rights violations in IOJ&K will not be sufficient. The solution of Kashmir is incumbent, as the current situation can translate into a conventional war or a proxy war.

But, can our economy bear the brunt of this war? Pakistan has to strengthen itself economically first. As for now, peace and Modi both cannot coexist in Kashmir. The valley still awaits the moment, which comes but rarely in history, when it will step from the old to the new; when an age ends, when the soul suppressed for 72 years finally finds freedom.

Dr.Zeeshan Khan is a writer, analyst, activist, political commentator, and contributor to the different Op-Ed pages of many newspapers. Twitter: @DrZeeshanKhanA1. Email: dr.zeeshan.alias.ghazikhan@gmail.com. The views expressed in this article are author’s own and do not necessarily reflect the editorial policy of Global Village Space.

Opinion: To Subdue China US might start Arms Race between Pakistan & India

Pakistan can be defeated within 7-10 days: Modi