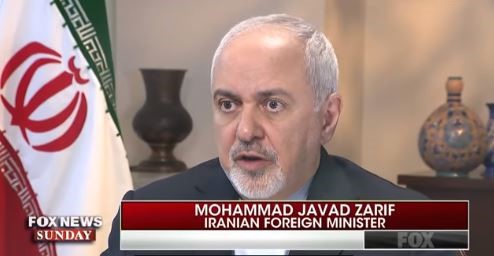 The US-Iran rivalry is aggravating by the day. US Defense Chief, General James Mattis has said that regime change is essential to improve ties with Iran.“Until the Iranian people can get rid of this theocracy, these guys who think they can tell the people even which candidates they get a choice of. It’s going to be very, very difficult,” Mattis told the Mercer Island High School Islander in a rare and special interview with high schooler Teddy Fischer.

He said that improving ties with Tehran would be particularly difficult because Iran is a theocracy and not a typical democracy.Mattis in other words alluded to the influence of the Supreme Leader in Iran’s policy-making.“It’s the supreme leader [who] decides who gets to run in,” said Mattis. “It would be like having the current American president decide who gets to run in the next campaign, and by the way, when they come in he stays in the White House and the others just kind of rotate through.”

The people of Iran re-elected the moderate and reformist Hasan Rouhani in the recent presidential elections. Rouhani and Khamenei are at loggerheads over many matters; the latter is squarely against the US and its policies, something which worries the US.

During the course of his interview, Mattis reiterated that Iran is the chief troublemaker in the region.It must be recalled that the surge against Iran was emphatically ratified by President Trump in the Riyadh Summit. Trump accentuated upon the need to punish Iran for abetting and instigating terrorism.

He said everyone in the Middle East, from Tel Aviv to Cairo, has told him Iran continues to be a major problem.

Mattis noted that the Iranian regime was his “biggest problem” while he commanded U.S. Central Command. The former has had no qualms about confronting the Iranian regime in the past, having once pursued a retaliatory strike on the country after it supplied rockets to Iraqi insurgents fighting U.S. troops in 2011, killing several. Mattis’ strike never happened, as his proposal was shot down by the Obama administration.

Read more:Identifying the common enemy: Is Trump missing a chance to mend…

He said everyone in the Middle East, from Tel Aviv to Cairo, has told him Iran continues to be a major problem. He added that the country’s malign influence has helped keep Syria’s dictator, Bashar al-Assad, in power, has escalated the conflict in Yemen by supplying ballistic missiles to Houthi rebels and continues to murder its own people.

Iran’s continued support for Hezbollah; the Houthis and the Assad Regime has brought it in direct conflict with the US and the Saudi-led Arab alliance.

“Iran is certainly the most destabilizing influence in the Middle East,” Mattis told the Mercer Island High School Islander. He said that the regime fuels the minds of its people who then carry out dastardly attacks all around. He said that the people of Iran are not the problem but the regime.

The US and its Arab allies are at loggerheads with Iran and are on an upsurge to curtail its influence in the Middle East.Iran’s continued support for Hezbollah; the Houthis and the Assad Regime has brought it in direct conflict with the US and the Saudi-led Arab alliance.

The enmity is so deep-seated that ISIS’s brazen attack in the Iranian Capital last month was condemned in a very sarcastic and piecemeal manner.Trump’s statement after the blasts on 7th June read, ““We grieve and pray for the innocent victims of the terrorist attacks in Iran, and for the Iranian people, who are going through such challenging times. We underscore that states that sponsor terrorism risk falling victim to the evil they promote.” The statement was castigated by the Iranian government and the people who recalled their candle vigils when 9/11 took place.

Iran, on the other hand, has also raised the verbal diatribe.Khamenei categorically said last month that the country doesn’t seek good ties with the US, whom he blamed for the creation of the ISIS.

The anti Iran rhetoric is on the upswing in the US. Last month, the Senate unanimously ratified sanctions over Iran’s ballistic missiles and its alleged continuation of support for terrorism.

US’s unwillingness to fight ISIS in a concerted manner raises eyebrows and gives support to voices which call it a deliberate effort to keep the pot boiling. Targeting fighting elements which were on a surge against ISIS in Syria is a case in point followed by its refusal to cooperate with Russia in tackling ISIS are two glaring examples.

The anti Iran rhetoric is on the upswing in the US. Last month, the Senate unanimously ratified sanctions over Iran’s ballistic missiles and its alleged continuation of support for terrorism. It was then when the Secretary of State Tillerson hinted at a regime change in Iran.“As you know, we have designated the Quds [Force]. Our policy towards Iran is to push back on this hegemony, contain their ability to develop obviously nuclear weapons, and to work toward support of those elements inside of Iran that would lead to a peaceful transition of that government. Those elements are there, certainly as we know,” he said last month, becoming the first official to talk about regime change in the region.

The CIA overthrew the Government of Mossadegh in an operation codenamed “Ajax” in 1953. With this in mind, a regime change cannot be ruled out especially given the brewing tensions between the two countries. Voices in Washington have started to talk about the ease of changing the regime, pointing out the differences between the Ayatullah and the president. However, the chances of this fructifying are thin.