Understand how Pakistan’s economy is being destroyed deliberately: ‘We work like the Mafia hitmen’ John Perkins 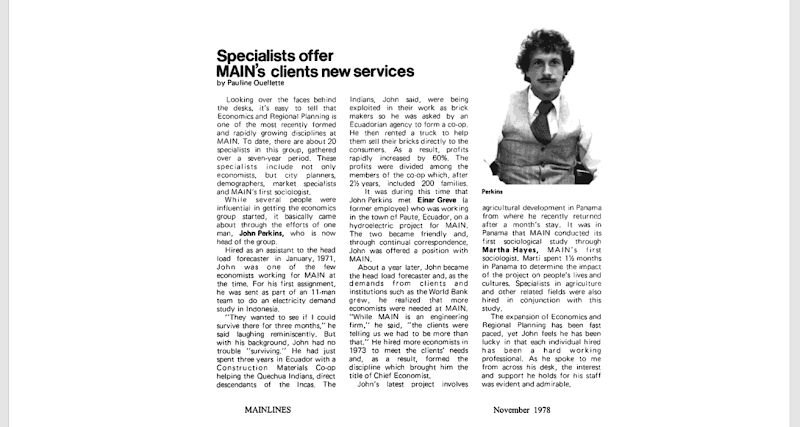 “We (economic hitmen) work very much like some of the hitmen for the mafia – because- like them, we are looking for a favor, except we do it on a large level with governments and countries.”

These are the words of the blue-eyed boy of the American establishment, who later wrote a partial autobiography of his life, Confessions of an Economic Hit Man, when according to him, he had to get out as his conscience was not letting him go to sleep at night.

Saddam Hussain threatened to sell oil in other than dollars, just before he was taken out. Economic hitmen could not corrupt him, the jackals failed to take him out so we had to send the army in.

In his words, watch this fascinating short video explain who are the hitmen and why they are used by western countries, especially by the United States to achieve its desired outcomes, whether that be oil or for example for favors such as support for a vote at the UN.

He explains how the IMF and World Bank in particular and other development organizations, act as the modern day East India Companies and ensure that the resources of the developing country go back to the West, particularly to the US.

He does this throughout his career, at first believing that he was helping people, but in the pit of his stomach knowing he was doing more harm than good

The economic hit man works to convince foreign countries, through the IMF, World Bank and other such institutions, to accept large loans for engineering or construction projects, such as power plants, highways, electric systems etc., knowing that the growth of the country will never be great enough to pay back the loan.

Countries then default on the loan and are at the mercy of its creditors. Through their influence in these institutions governments, [US] can call on these agencies to ask indebted nations for favors, such as a U.N. vote, a military base abroad or even oil. John Perkins narrates, this is the way the modern empire is conquering the world.

Relate this now to what is happening in Pakistan. Please share with us your thoughts.

Previous articleGood old days: When USA ‘dined’ & ‘wined’ with Haqqani’s & Hafiz Saeed’s
Next articleSaudi King to visit Moscow: Expects Russia’s help to bring the war in Yemen to an end

US losing another important ally? Future of Saudi Arabia partnership