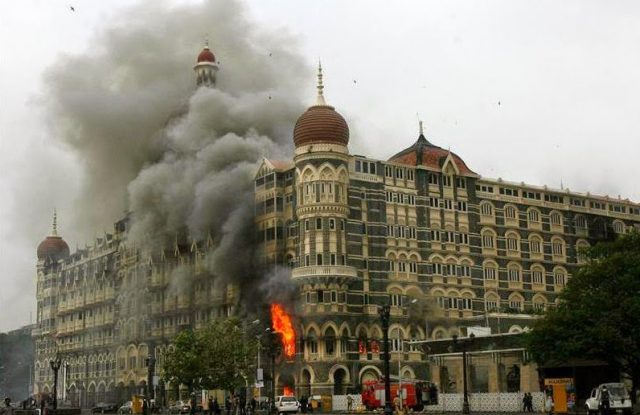 Following ex-Prime Minister Nawaz Sharif’s statement, Indian media found its new lifeline to launch its massive propaganda drive against the state of Pakistan on claims which India has failed to back with concrete evidence over a period of ten years. The Pakistani ex-PM, who was ousted by the judiciary as a consequence of infamous Panama paper leaks, which had implicated Nawaz Sharif and his family for being involved in illegal financial activities, also led the judiciary to explicitly point out in its verdict that Nawaz Sharif was “No longer eligible to be an honest man”.

Nawaz Sharif has had many collisions with Pakistan’s state institutions in the past, but this time around it appears that he is trying to bring down the state along with him as the probabilities of him ever controlling the reigns of the country grow slim. In 2016, a journalist named Cyril Almeida, speculatively claimed in his writing that the Government headed by Nawaz Sharif was at odds with Pakistan military over its counter terrorism approach, however, in the face of severe public backlash, the Sharif government vehemently denied having made any claims and also removed the then Information Minister from the office.

Following Sharif’s own exodus, he openly expressed the Dawn leaks narrative as his own with the specific focus on Mumbai attacks in a recent interview to the same journalist. Many expert panels in Pakistan have conclusively embraced the fact that Nawaz Sharif’s statements are last-ditch attempts to secure his political position with backing and sympathies from Pakistan’s arch-rival India and other key international players.

In the milieu of 26/11 attacks, India embedded new military doctrine in which they try to create room for carrying surgical strikes across the border apart from placing military units near the border to gain strategic edge.

India, Pakistan’s longtime foe has historically been crafting deviant stratagems to stir trouble for Pakistani interests and its international repute. Taking cue out of Mumbai attacks and several other alleged terrorist attacks that have taken place in India. It has been an Indian impulse to point fingers at Pakistan without any credible evidence to support its allegations of Pakistani state involvement in those incidents. Seizing upon the deliberate controversy stirred by Sharif’s statement, India has found another opening to peddle its Anti-Pakistan rhetoric, while capitalizing on his statements as a proof of Indian narrative.

German author Elias Davidson’s in his book “The Betrayal of India: Revisiting the 26/11 Evidence” which was recently published has raged Indian version and anti-Pakistan propaganda based on 26/11 Mumbai attacks. It was highlighted by Davidson in his book that Indian government, politicians are bureaucracy were involved in the planning and execution of mentioned drama heralded pessimistic portrayal of Pakistan in international community. In an analogous incident of Gujrat Riots, where massive killing of Muslims occurred was a shenanigan of RSS the militant wing of BJP. It depicts that Indian government, politicians and other officials were accomplice in the act of barbarism and terrorism for political gains.

Read more: The Betrayal of India: A close look at the 2008 Mumbai…

Whenever it comes to investigation and findings, Indian officials often denies the access to information not only to media but to the officials of external/ independent investigation teams. In case of Mumbai episode, Indian government did the same by not allowing the Pakistani official to inspect site of incident nor did they share information, which attests that something fishy in the event which is latter reveled by the Davidson in his investigation research book discussed earlier.

Many expert panels in Pakistan have conclusively embraced the fact that Nawaz Sharif’s statements are last-ditch attempts to secure his political position with backing and sympathies from Pakistan’s arch-rival India and other key international players.

The brutality of Indian forces on innocent Kashmiris noncombat has further intensified and even the Human Right activist are silent over these atrocities. Moreover, it is pertinent to mention that after the incident, India has evaded all kind of dialogues on Kashmir with State of Pakistan. India has successfully impeded and negatively impacted on the Kashmir struggle.

In the milieu of 26/11 attacks, India embedded new military doctrine in which they try to create room for carrying surgical strikes across the border apart from placing military units near the border to gain strategic edge. Moreover, India, soon after the happenings of 26/11, portrayed it as the recap of 9/11 to gain sympathies of international community specially the U.S. and thus they promptly created nexus with them. Latter, termed it strategic and natural alliance of the century and exploited in gaining political, socio-economic, military and regional dominance.

Although, India achieved some of premeditated objectives from the drama of 26/11, but this media rhetoric may not run in long. India need to share evidences with Pakistan to cope with the issue of terrorism because Pakistan itself remain the victim of terrorism since last decade and Indian spy agency remain involved in acts of terrorism. It is pertinent to mention that in the light of evidences, shared by Pakistan with international community, United Nation bodies must play their positive role in stabilizing the most volatile region of the world.

Muhammad Shoaib is a freelance journalist. He is doing his M.Phil from National Defence University, Islamabad. His area of interest is Political and International Issue. The views expressed in this article are author’s own and do not necessarily reflect Global Village Space’s editorial policy.