The US diplomat for South Asia Allice Wells praised Pakistan jailing JuD leader Hafiz Saeed for financing terrorism activities through his proscribed organizations and trusts. Hafiz Saeed was sentenced to five and a half years jail on Feb,12 by the Lahore anti-terrorism court. 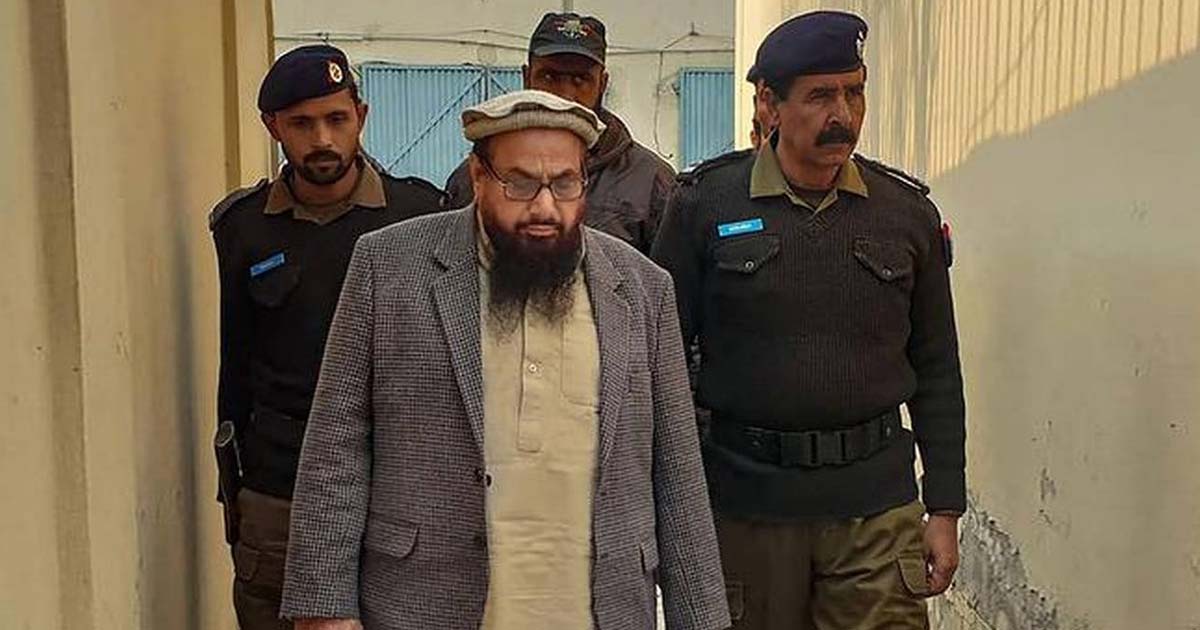 In her Tweet, Alice Wells, the US diplomat for South Asia. The conviction “of Hafiz Saeed and his associate is an important step forward both towards holding (Lashkar-e-Taiba (LeT) accountable for its crimes, and for Pakistan in meeting its international commitments to combat terrorist financing.”

Today’s conviction of Hafiz Saeed and his associate is an important step forward – both toward holding LeT accountable for its crimes, and for #Pakistan in meeting its international commitments to combat terrorist financing.— State_SCA (@State_SCA) February 12, 2020

Meanwhile, it is of greater importance for Pakistan hearing from the United States and this will help Pakistan in strengthening its point of view to get itself off the grey list of the FATF. However,  the United States had criticized Pakistan and allegedly involvement in terrorism which Pakistan repeatedly denied. The recent developments that Pakistan has taken to counter terrorism; one among them conviction of JuD leader Hafiz Saeed is praiseworthy and this has strengthened Pakistan’s narrative of taking stern actions against terrorism and against those involved in financing terrorism activities.

And as @ImranKhanPTI has said, it is in the interest of #Pakistan’s future that it not allow non-state actors to operate from its soil. AGW— State_SCA (@State_SCA) February 12, 2020

A day earlier, A Lahore anti-terrorist court Judge Arshad Hussain Bhatta sentenced Jamatud Dawa leader Hafiz Saeed to five and a half years’ prison with a fine of Rs 150,000 in each case for two terror financing case.

Pakistan has been on the watch dog’s grey list since June 2018. In the successive meetings, it continued the status of Pakistan as ‘risk status’ on a list of countries that have failed to eradicate money laundering and where terrorists can still raise funds for their activities. However,  if not removed off the list by April, Pakistan may move to a blacklist of countries that face severe economic sanctions like Iran.

Likewise, if Pakistan were moved to the blacklist, it will face severe economic conundrum to its already crumbling economy. It may also affect Pakistan’s $6 billion loan package from International Monetary Fund (IMF). Moreover, there is also the risk of reduction in rating by Moody’s, S&P and Fitch, making Pakistan’s financial condition more precarious, if failed to get itself off the FATF grey list.

Read more: Hafiz Saeed is already declared Global Terrorist: Pakistan to decide today if he is?

However, recently the United States has lauded the efforts made by Pakistan to curb the banned outfits and organisations in order to fulfill its commitments to get itself off the grey list of Financial Action Task Force (FATF). These steps are commendable on the part of Pakistan to comply with the NAP. The FATF has scheduled the upcoming meeting later in Feb 2020 and will decide Pakistan’s status of grey list.

Altaf Hussain meets US Congressman in London: Is it Agartala 2.0?

Mufti Muneeb, ulemas’ dissent on lockdown as mosques to be forced open